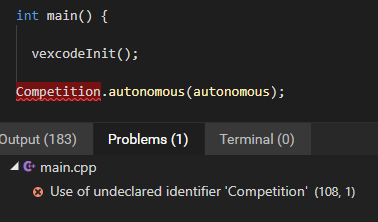 to the start of the file

Here’s the most simplistic competition template. You’ll need a loop inside of user control as well.

With comments for those new to C++

i have had this problem before, and i fixed it by copying and pasting the code into a new document.