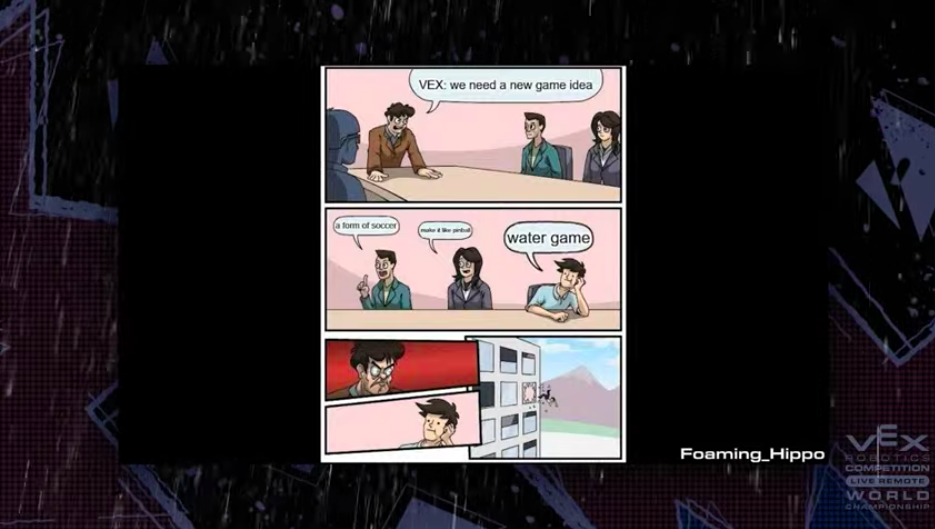 hey, I think I’m being dumb but where do I find the stream for the game announcement, I didn’t see it on the vex yt

The new game is being announced later today, after the overall finals, but it should be streamed here (I think)

Water is only part of the mixture.

there’ll also be broth, probably some chunks of potato and onion, possibly even carrots, leeks, and if we’re really lucky perhaps some macaroni. going to be delicious

And don’t forget that non-vegetarian teams will have the option of adding bonus point chicken. Need some protein!

The programmers will have plenty to eat during the night for a snack.

Eat? What do you mean “eat”. Sounds like a distraction from the task at hand.

Me: Realises how expensive water game is.
Also me: Well we still have fire game 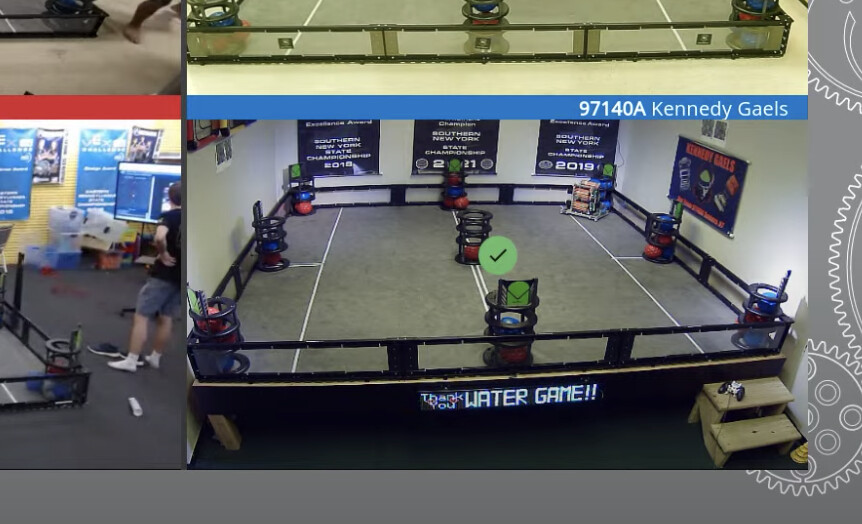 All we need is the earth game and we’ll have the avatar game, that’s gonna be awesome.

One can argue that every year is an earth game

Yes and no. Foam doesn’t count as earth but we do vex matches on the ground.

Metal bending is a form of earth bending technically

True. Avatar game is what everyone’s hoping for

Not sure if I’m overshooting with this rn, but a shooting game is an air game, and your motors catching on fire is a fire element. We just need water