Using VEXCode on a Windows 7 laptop and had no problem with connecting V5 brain to laptop for 2 weeks. Could not update to VEXCode 3 when it came out … then found out it worked on a different USB port, not the 1st. Then the next day, VCS Firmware 1.0.7 update came out. Updated. However after updating, students could no longer download their code as the laptop was not unable to communicate with the brain. Tried every port. Changed download cables (we are using the magnetic ones) then resorted to VEX’s V5 cable. Installed VEXCode & VCS on another Windows 7 laptop and same thing. Discovered that Windows was not detecting the cables. Figured it was a Windows 7 thing, so switched to a Windows 8 laptop. One brand of cable still didn’t work but the Smart & Cool brand worked only after we downloaded into the V5 brain first then worked wirelessly thereafter. The 2nd Windows 8 laptop could only connect from 1 USP port. What can be done to get them to recognize the cables from all ports on both laptops? Thanks.

Then the next day, VCS Firmware 1.0.7 update came out. Updated. However after updating, students could no longer download their code as the laptop was not unable to communicate with the brain.

vexos 1.0.7 was primarily an update of radio and controller, not sure why it would have had any impact on USB communication.

Windows 7 is supported, in fact I still prefer to use Windows 7 and all initial testing is done on Windows 7. Are you connecting directly to the V5 brain with USB ? (as opposed to connecting to the controller and doing wireless download).

Open the device manager, you should see the V5 under ports if USB is working correctly. 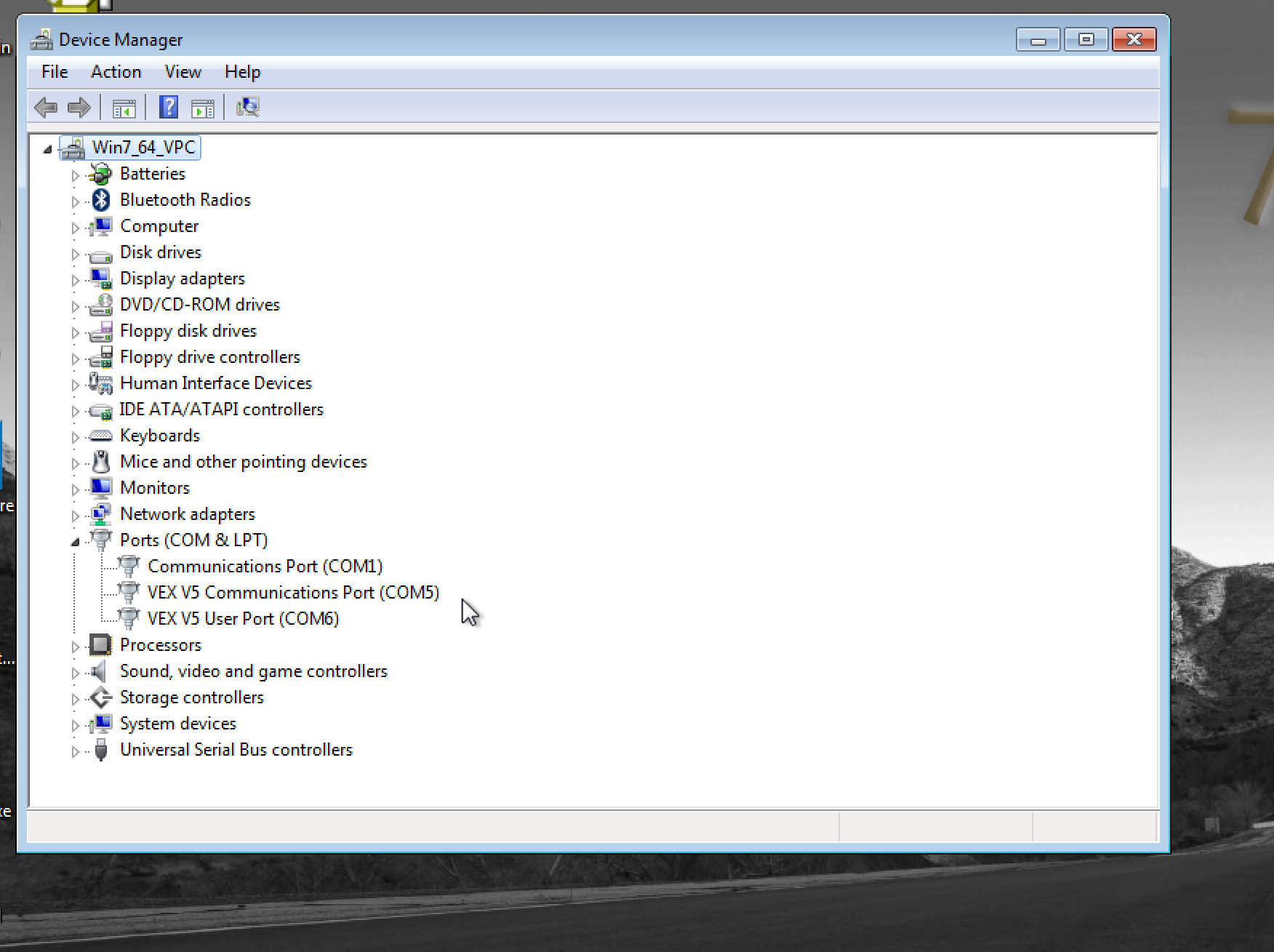 Let me know what you see and we can go from there.

Initially, they were downloading with the magnetic USB micro cable connected to the joystick. When it wouldn’t connect, I had them connect the cable to the V5 brain as in the past … that always solved connection problems & we could then go back to doing it wirelessly. That day, it didn’t work. Tried another port & another port, then as I was trouble shooting it said Windows does not recognize cable, replace cable. Tried another magnetic cable then the original USB micro that came with the V5 to no avail. Today, after they had been using the Windows 8 laptop, I told them to start up the Windows 7 laptop so I could check the Device Manager for you. Initially in VEXCode it did not show the download mode. Tried 2 more ports, then the last one said it was initializing the driver. At first Ports did not appear in the Device Manager. When I tried a second time it showed the driver. Checked back with VEXCode & it recognizes it. What is happening? I’m totally confused.