I’m having issues with code that pertains to line-trackers. I’m pretty sure that I have the code and configuration right, but after commenting it out and working through it I found that only 1/3 of the code is working. 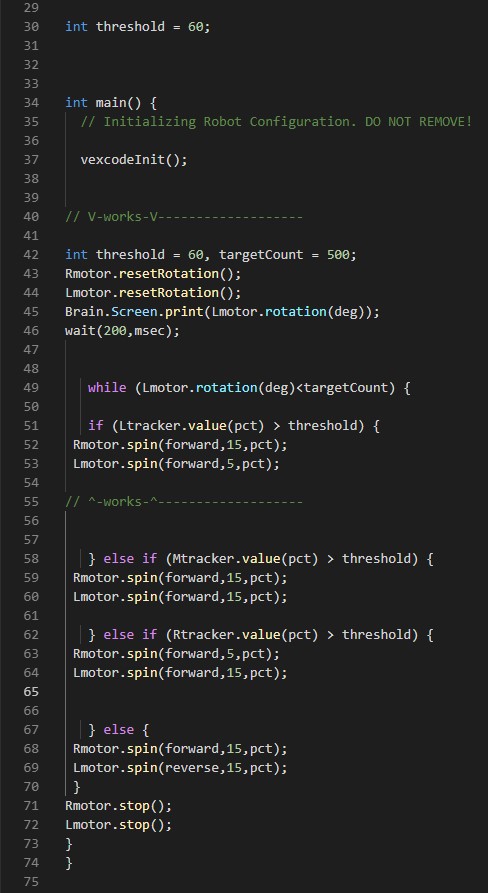 Can you explain what the expected behavior is and what the robot actually does? Saying that it “doesn’t work” isn’t much to go on.

The robot is supposed to follow a dark strip of tape by correcting it’s course when outer line-trackers sense the line. And after a number of degrees have been turned by the left wheel, the robot should stop moving.

As is, the code does nothing, but if you remove the stop commands or isolate the code marked as “working” the robot will drive to the right when it senses a dark spot under it.