Both teams have performed well over the course of the season and have won a combined 20 trophies playing Toss Up. Each has won an Excellence Award and will be working hard to show well in Anaheim. 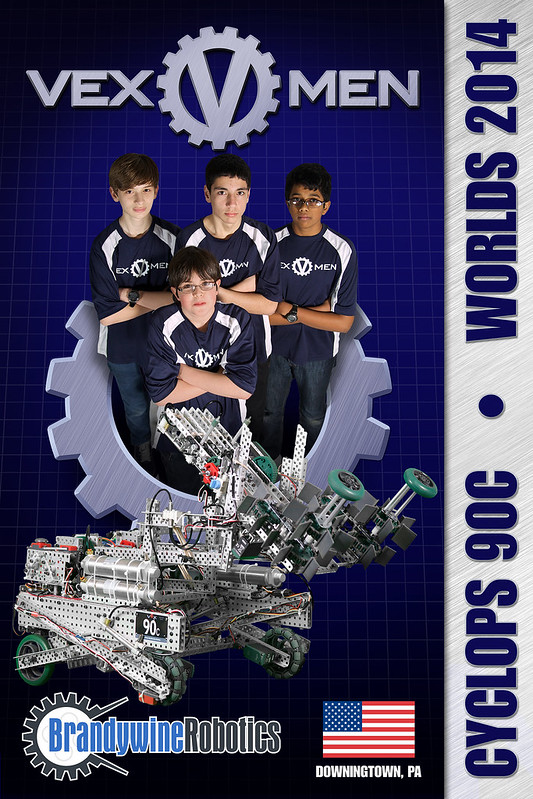 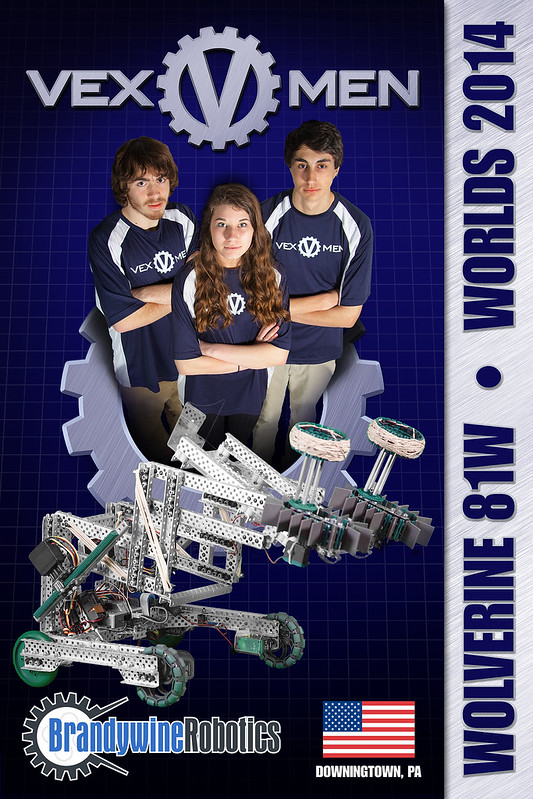 Read all about their accomplishments here:

The Vexmen will be sending two teams to the Vex Robotics World Championships this year. Best of luck to them both. In the middle school division, team 90C – Cyclops – will be going back…

And you can see all of our teams accomplishments on our teams page and events page:
http://www.vexmen.com/teams/

My teams good but that is ridiculous.:eek: I’m pretty sure that’s way out of my teams league or for that matter anybody in Oklahoma. cant wait to see them, but not compete against them. good luck at worlds.

How heavy is 90C? That thing looks like a beast!

Both of your bots look pretty great. I woldn’t have thought of using a gear as a wheel, and your intake looks pretty nice. I’d normally make a point to go over and say hi to you at worlds, but you guys all look pretty scary in your pictures.

I’m looking forward to seeing you guys at worlds. Possibly competing with, or against.

Does 90C use their suspension drive to hang?

Very cool drive-train, looking forward to see this robot in action at worlds!

I believe that arm qualifies as an 8-bar, I remember seeing a similar setup suggested on the forums at the start of the season.

These robots look intense! I look forward to seeing them in action.

90C is the first suspension drive I’ve seen this year. What benefits does it have over a simple elevated chassis?

I believe that arm qualifies as an 8-bar, I remember seeing a similar setup suggested on the forums at the start of the season.

Yes, 8-bar, my bad. I missed that. I still like the lift though.

Nice drive system for the 8-bar

Answering a few of the previous questions in no particular order…

90C’s suspension was made to initially to help get over the bump as well as ensure the robot would stay off the ground once hanging. It’s a low hang with a ball. As a bonus, if you get into a semi-stuck position on the bump, the suspension lift can get you out of a jam in some cases.

Yes it’s a bit heavy. I think 14.5 pounds but maybe a bit more. It’s pretty much all aluminum. I will have to double check with them on exact weight. It was the largest of our 20 robots in the club.

81W has been the most reliable robot in our team all year. While everyone else was scrambling replacing motors, they just kept on humming along because you may have made your robot too heavy and burned out the motors, you had a lift that did not work, etc etc etc.