Was anyone else disappointed in the Tower Takeover reveal and the game itself?

Nah, b/c u can hold infinite cubes, and the scoring is very different. I think that it was a good replacement for the water game that we were all expecting…

A little bit would have liked the game if it had one or two ways to score point, but i am glad that the challenge is more into building the robot instead of who had a better driver. With the last game a bad robot with a good driver could beat a better robot and in a robotics competition is should all be about the bot.
TLDR: I have mixed feelings

All of the games are based off of all the others. I don’t find it too surprising. I also don’t think it’ll be too ‘easy’ because there are so many cubes to stack. A perfect score would have 3 stacks 9 feet tall.

Also, since the stacks can fall over very easily, the drivers for this game need a lot of practice if they plan to stack a lot of cubes in the goal(s)…

I was mostly only really sad that we didn’t see foam cubes. I love the concept of the game, but trying to stack that high with slippery plastic cubes is going to be difficult.

slippery plastic cubes is going to be difficult.

I think thats the fun part of it. It’s not easy. Since both possesion limits, and expansion limits are also gone, it makes for some really interesting and creative designing this year.

building the robot instead of who had a better driver

I disagree. With every single game ever, driver skill has been very important. I think a very simple bot could outscore a complex one with a bad driver.

This game is my favorite yet tbh.

I had no expectations for the new game, therefore I was not disappointed. There are elements of past games, yes that iks certainly true. But as been said above, the scoring it quite different. The Different color objects open up the vision sensor a bit more, possibly. Good driving will be rewarded as, in my opinion, that is also important. It is about the robot, but also about the human robot interaction. So, I have no problem with a well driven lesser robot beating a not so well driven great robot,

When I saw this game I immediately thought to the FRC game Power Up (https://www.youtube.com/watch?v=HZbdwYiCY74)
They use cubes and have to place them in various places to score points.
Also, this might actually be a good point to start when designing, the games are rather similar.

The game is really good with the introduction of 3 separate cube elements, Tiered of red and blue elements

I really like the stacking aspect and the auton line, and I like that defense is legal but scoring happens in protected zones. What I don’t like is the bump that defines the scoring zones, since it will make stack depositing so risky, and the board game type strategy resulting from the 3 different colors of cubes. A lot of wins and losses might be decided by decision making in the match rather than good engineering or teamwork, which IMO was one of the biggest flaws of Turning Point.

And the blanket DQs for things that are neither repeated nor match affecting are kinda dumb.

Overall, I’m guessing the designs this year will be super interesting but the game play itself will suck, which would put it somewhere between Turning Point and ITZ. So it’s a lot better than TP, but I’m still a little disappointed.

And of course I won’t be competing anymore, so my opinion doesn’t matter.

doesn’t have to specialize in doing 5 different specific tasks

That’s not specialization, if I’m not mistaken.

Honestly, I dislike this game, but that’s because my first game was Skyrise and my middle school team ran a clawbot. I can still remember my first time driving. I got stuck in a corner with cubes around me.

The infinite expansion will make it interesting, and the scoring bonus’s will add a ton of midmatch strategy.

I love this game, because it has so many possibilities. The only thing that seems like a pain is resetting the field. 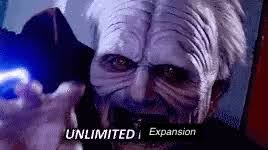 I think that this was the best I have felt after seeing a game. The best aspects of this year’s game are the low-restrictions on design. As for you Ben, it has been great competing w/ and against you these past years. I know you have a great future ahead of you.

I am most disappointed by the lack of an end game element. Turning point had platforms, toss up had hanging. I am just sad that there is no similar element here.