What are some pros and cons of these lifts for Tower Takeover?

DR4B the best option imo. It lifts high and fast, you could make potentially really high stacks with it.
DR6B is overkill, you don’t need to lift that high. Scissor lifts and elevator lifts are like DR4Bs but harder to build. Both the tread lift and the iq one are going to be impractical given the size of the cubes

Con that I noticed from the 2587X video is that it looks like it takes a longer time to intake cubes with the two rollers, although this might be an intake issue

DR4B - Can stack pretty high and fast. They also aren’t too hard to build. You should be able to reach all the containers to put cubes in them. I would recommend a DR4B the most because it’s fairly simple compared to other lifts while also being pretty fast and tall. There are also tons of videos/tutorials online about how to build a DR4B because it’s so common, making it a good option for beginners.

DR6B - If you already know how to build a DR4B and 6 Bar you should be good. I just don’t think it’s very practical this year because they are super tall and you won’t need to lift that high for this game.

Scissor Lift - You can make these lifts super tall. Once again, you probably don’t need the ridiculous heights these lifts can reach. Scissor lifts also tend to be a bit more difficult to build and slower than a DR4B. But if you can make a fast scissor lift, go for it if you really want. One thing that my team really likes about scissor lifts though is that they can leave a ton of space in the middle of your robot for an intake or something.

Elevator Lift - These lifts are also pretty hard to build. But they do give you some nice linear motion and can be really space efficient. You could probably make a pretty cool reverse stacker with an elevator lift too.

2587X - Something similar to this could potentially be really good at holding several cubes at once and stacking them in the goal zones. It might be a little tricky to integrate it with a subsystem to lift the cubes into the containers though. A design that just takes a bunch of cubes and stacks them in the goal zones without putting any in the containers might be effective for competitions but probably only for the early season.

The only issue I see is with 2587X that you can only stack about 3 at a time to start in size limit. Unless you figured out how to make it expand.

In my opinio, a DR4B is the best option. They are pretty stable, and you could easily make one that is 60+ inches, tall enough to stack more than ten cubes high. Also, they are really easy to build, with plenty of tutorials online. Here’s one that I find useful.

Would DR4Bs need attention after the build? For example, is there a need to swap out the gears from time to time during the season? Or will gears slip often?

I would go for a gear setup like Delta had last year on their DR4B. I don’t see anyone getting far with just 1/8th shafts on their lifts for this game.

If you are building a DR4B do not mount your motors on the tower, primarily because there will be a lott of slop on the second section which is not good. You will have a much more stable system by mounting motors on the lift itself, trust me.

We have a bell crank push rod design for our DR4B. We are able to mount the motors at the base of the lift towers and it doesn’t use gears to move the second section.

ok, I get the bell crank push rod, but how are you implementing that on a DR4B? Would it just be a bar leading from the back of the 1st stage to the front of the 2nd stage to lift the 2nd stage of the lift up or vice versa? 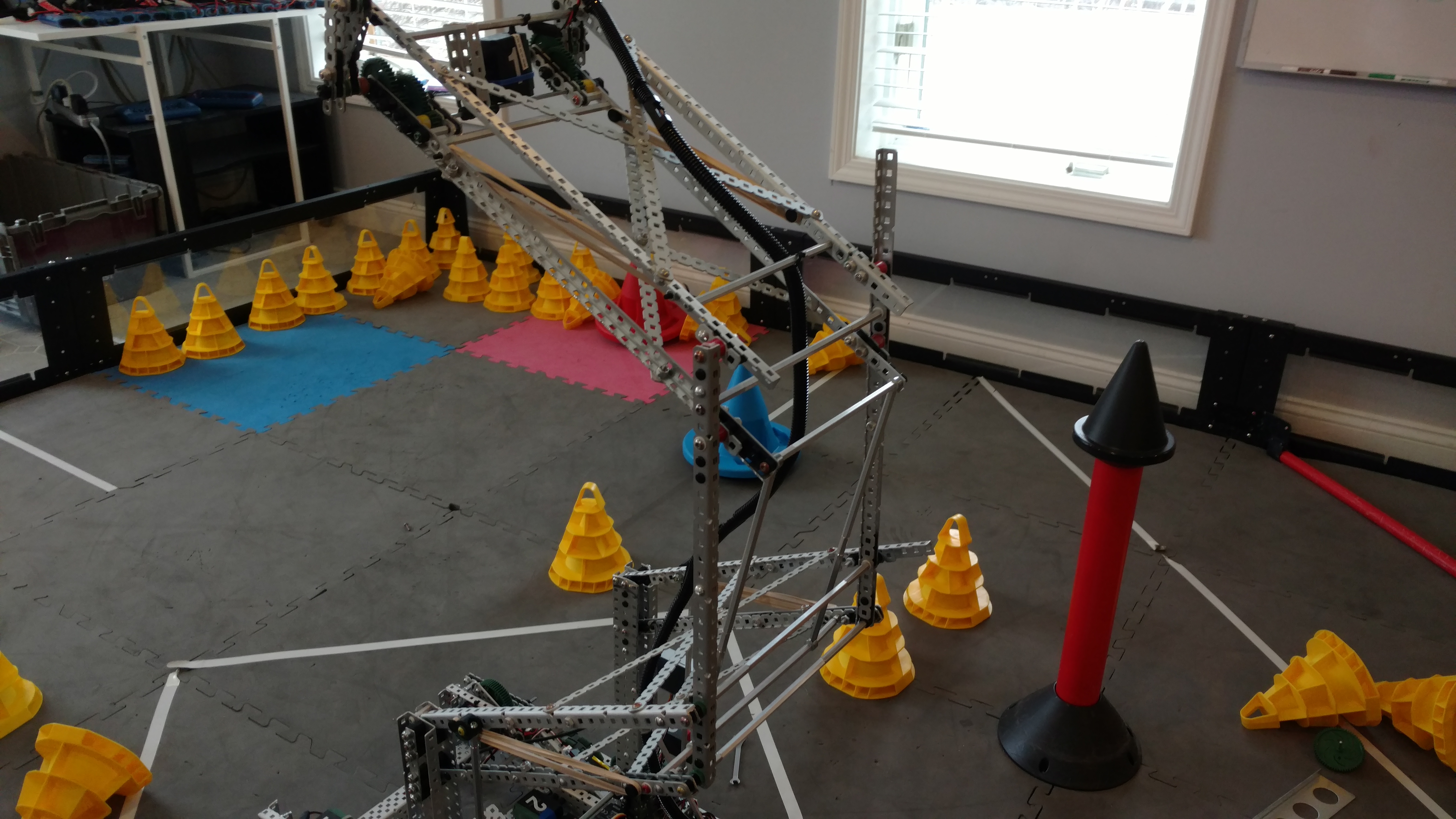 Doesn’t that give you a really bad moment? By putting your motors on the base you’re really increasing the distance

Do you think one motor would be sufficient in this game for a DR4B, considering you had one of the best lifts last season only using one motor?

Yeah that’s what I was trying to badly explain before, but through all my tests so far it doesn’t lift linearly. Did you just find a perfect hole count or am I missing something? (I’ve been testing with a Pythagorean triple)

That video is amazing. There is definitely problems with the design, but for our middle school teams it is an amazing starting point - thanks for sharing.