What is the worst thing to happen to your robot?

I’ll start. One time I was doing a skills run with a claw bot (it was my freshman year) and a bunch of screws had come out from the chassis, so it was being held together by a single screw. Well, during this skills run my clawbot chassis fell apart, and it was hilarious. Luckily it was not at a competition.

The Monday before Regionals I had a team decide they were going to do a ground up rebuild, and before I could suggest to do something else, the robot was a pile of small parts.

Took them two all night efforts, but they ended up placing 4th.

You know what, I’ll bite this one. 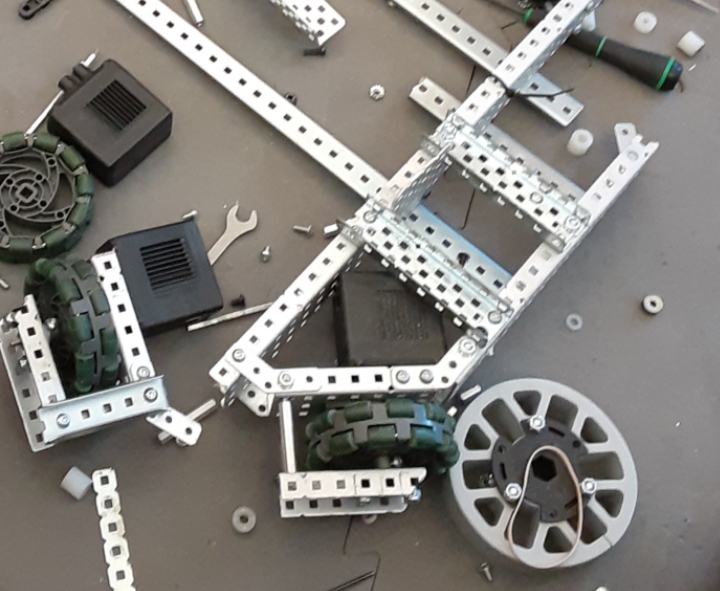 I think this one takes the prize.

You know what, I’ll bite this one.

Good luck on your event on Saturday!

I just don’t understand why you would rebuild a week before a competition. If it ain’t broke don’t fix it.

How did you even do that?

By not getting to states.

Singing ‘Another One Bites The Dust’ when Oregon States was cancelled last year, and a few weeks later when Worlds was cancelled.

For our Vex IQ Squared Away States bot, the sprockets that transfered motor power to the Main arm snapped cleanly into two pieces.

Another time was when my teammate dropped our robot during a live remote skills this year and broke a omni wheel. Somehow we won both events

I went to a small outdoor makers fair to demonstrate the VIQ system. Long story short, I decided to take my brand new auto-sorting robot with me (this was Ringmaster), put it on the table, and then I mixed up the controllers with the clawbot I built so the kids who came could drive. I think you know what happened next.

Another time in Next Level Worlds, my arm locking plates stripped out right before a match, but that wasn’t nearly as bad due to our next partner having extra pieces.

The robot decided to shred its rubber band rollers at states today. 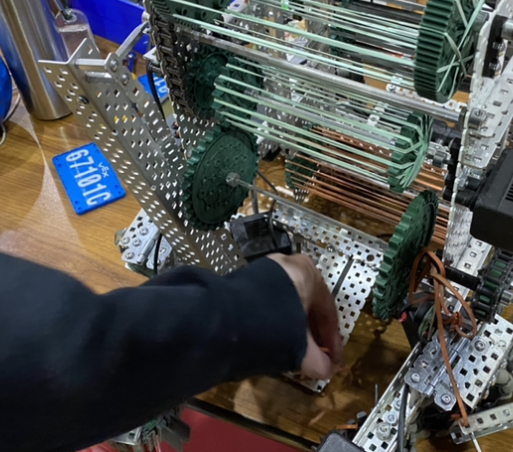 Somehow we still won the match though.

Our robot rollers/intakes worked all the way til finals, where they decided to quit their job and go be non-working rollers/intakes luckily we got carried and we won state tho.

We drove over and on top of our own lift. Ouchies.

@Becca1826Z I think you have a good story for this thread.

HEY, IMPOSTOR. But yeah that’s what happend, it sucked. (our intakes did not suck up balls tho)
Also we helped a little as only one intake broke.

I was summoned. But I have a couple FANTASTIC stories.

The first happened during Skyrise at worlds. We’re a team from Colorado, meaning we’re a team that competes at a high altitude. We get to worlds in Kentucky, and all of a sudden, nothing was working. On the bot, we were using a sonar for height measurements. Turns out the sonar doesn’t like switching to different altitudes.

Second happened maybe two, almost three weeks ago. We were at a competition when my teammate and I noticed our gear train sounded like a blender. We took off the plate of c channel to find a broken gear. Horrified, we assumed we were going to be dead for the day. But luckily, another team stepped in and donated a gear to us. So we swapped it and as we tested it, I broke a second one. Our sister team ended up having a spare gear, so we swapped it and got back in the ring. After the replacement, our brain wasn’t connecting. Spoiler, we broke the clip on the cord that goes between the brain and the battery. Second spoiler, we also broke our remote. That same AWESOME team (I genuinely can’t thank them enough) let me borrow their remote for the rest of the comp. Unfortunately for them, they broke due to a clawbot jamming their drive during semifinals and we had to compete against them for the finals. We won, even though it kinda sucked to win against a team who went out of their way to help us.