I was the driver at my first comp and we placed top 10 of 60 other teams, there were a lot of sister teams, but we made friends along the way and formed a friendship with another team so next week we will have more friends there. because our school doesn’t have a sister team. during the comp there was a lot of aggression and during the final match Sparta got their two robots on the platform with 3 goals and the other teams tried to DQ them ofc for touching the side of the arena which they weren’t, but lost points for ramming the other robots. very hyped up and and a lot of fun for my first comp looking forward to more

We had a really challenging Qualifiers match up. We were constantly against some of the best bots, while our teammates were push bots. To be fair, we did also underperform and fall on our back several times.

We were 17th out of like 25, not doing great. But the 3rd rank, our sister team, knew we were a much better bot than our rank would say, and that our lift would compliment their ring scoring system.

They chose us, and we went to the finals. We lost, but hey, first comp I feel like Finals is great. We also ended up with the Design Award, so it went well overall. 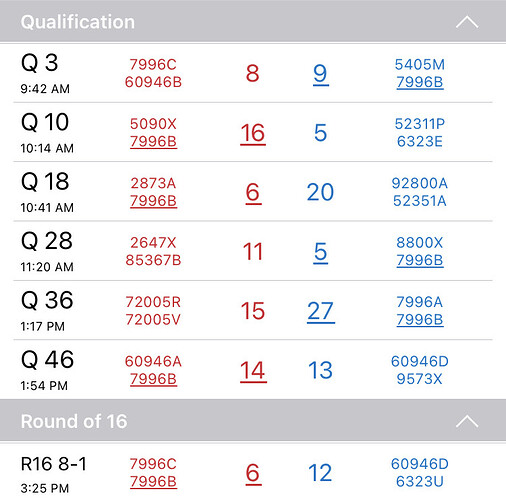 it was pretty bad kekw

We had a 2m drive pushbot with a nonfunctional dr4b in tower takeover. It was tuff back then…

my first comp in turning point, we placed 59th/60. we made a ton of progress because at our next competition we placed around 15th and qualified to state through skills.