When using digital joystick imput motors are not moving normally

When I use this code (see attached) the motors start and stop rapidly and do not spin correctly (I have tried changing the motor spin values but that does not fix the problem)
The motors are powering mechanism wheels that are driving the robot. Some have a 1 to 1 gear ratio

Is this code in your while loop? Maybe you could post an image with more of your code?

I am using easyC for speed but may move to robotc 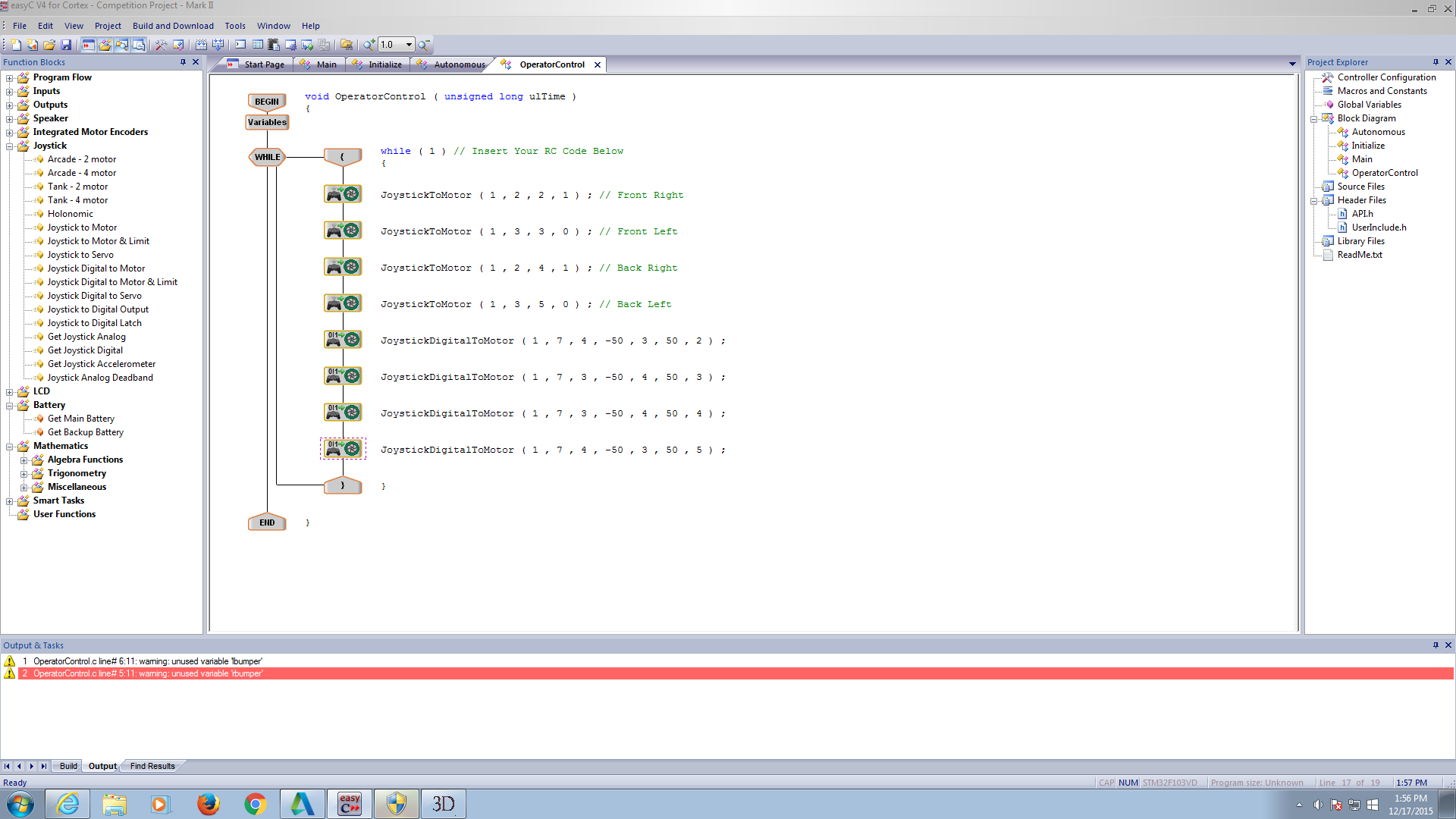 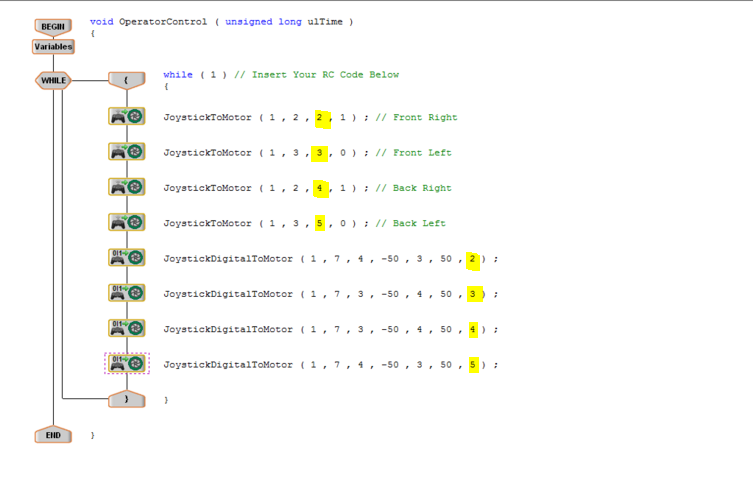 It looks like you are using tank drive so you could replace all of your code with one function: Tank - 4 motor. 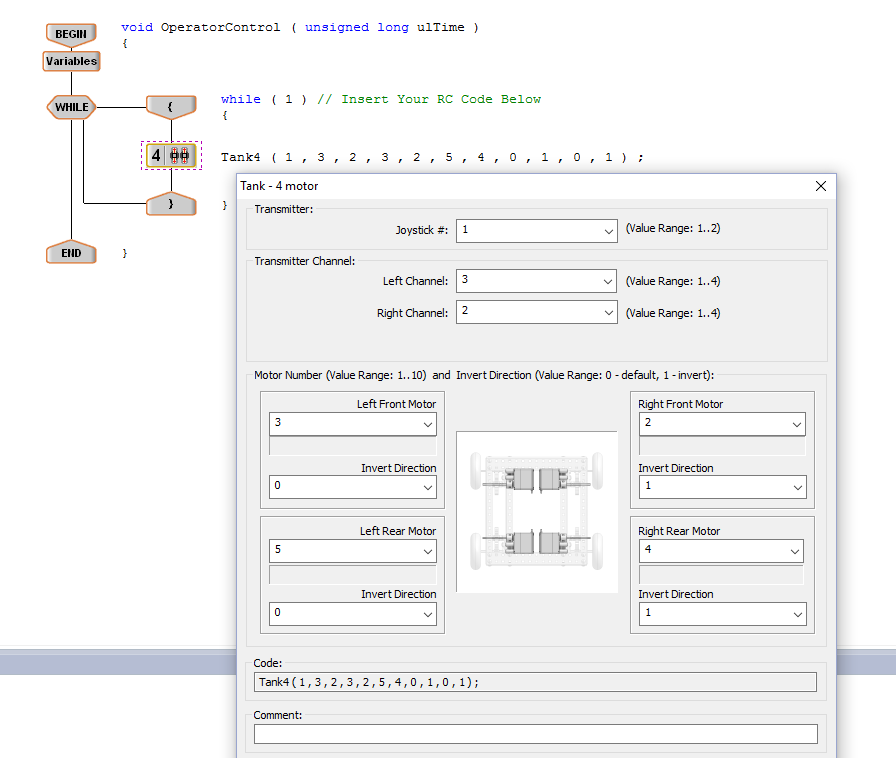 Would I be able to still use digital joystick? I am using a mechanism wheel set and need the triggers to move it sideways

I found the solution https://vexforum.com/t/robotc-bad-programming-habits/28357/1
For future reference.

You can use the Holonomic function then. Here is a link