Where to Use Extra Motor for Simply Tray

So I am currently finishing up a simple traybot to take to my first competition. The current motor distribution is 2 motor intake, 4 motor drive, 1 motor tilter. Meaning I have an extra motor. I don’t want to use it on a two bar for tower scoring (I want to focus on stacking with this bot, and I don’t really have time before comp to make one.). Does anyone have any other cool ideas for something else to use this motor on? I think it would be nice to have some discussion on ways to break the current one motor two bar two motor intake one motor tilter four motor drive meta for traybots.

Anti tips? Or a plow arm or something…

I got no idea what kind of issues face traybots these days but ik there’s a limit of cubes that a tray can take just because of the intake’s force. Maybe use that third motor to pull back on cubes already on the tray so that the intake can intake more 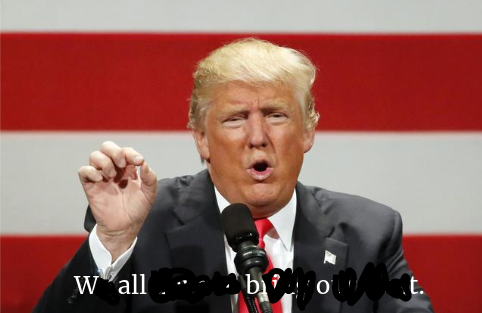 I played around with the idea of flip down wings, similar to AURA’s 24in robot in Skyrise and BLRS’s 24in robot in Turning point(You can easily find videos of both by searching their team name). They make a normal robot into a pseudo-wallbot for playing heavy defense, then being able to raise them back up if you stop defense.

Btw you might want to repost this on tt memes

You stole my idea >:(
I’m making a tray bot wallbot combo with that extra motor.

You could use it on another wheel and turn your robot into an H-Drive. You probably won’t use the wheel often, but it could be useful when getting ready to score a stack.

We originally used our extra motor for a tray cover to protect our stacks from defense and allow us to tilt the tray forward faster, but our prototype didn’t fit into 18" so we scrapped it and are just focusing on practice and auton since we only have a week left. There are definitely other ways to make it fit in 18" though so you could look into it if you have time.

What if you had some sort of conveyor belt on the bottom tray of your cube tray? This would help reduce pressure on your intakes, thus allowing them a longer time before they overheat and you could potentially get higher stacks.

could make a 1 motor intake halfway up your tray, thats an idea ive been playing around with but havent had time to make

I just had an idea: Some tubes have a small intake with smaller sprockets at the bottom of their tube to help with intaking. You could add that at the bottom of your tray for a timed release and/or more help with compression cubes, This would also help with holding them.

I guess you could always put an extra motor on the tilter. It’s pretty easy to add and helps if you’re making stacks higher than 7.

while we are talking about trays would it be a good idea to have passive intake pieces along the tray to take load off of the intake? and then have a motor to release them?

This could work, although opening the mechanism to intake each additional cube just puts the weight right back on those intake rollers so the mech is only really effective when your not intaking anything. It also is not completely necessary, as intake rollers have been holding 11 cube stacks pretty reliably.