My team’s organization is planning to take on a few more team member for this next season, so we’d like to split into two teams. This would be a middle school team for our new and younger team members, and the existing high school team.

Unfortunately, we didn’t count on V5 brains being backordered until the third quarter of the year.

We have enough material, motors etc., to build two bots, but only one brain.

So, if anyone has a V5 brain that they’re no longer using, we’d be interested in buying it off ya.

I’m a senior team member of 8598A, we’re located in Maricopa AZ 85138 (though I’m thinking a brain could be quite easily shipped).

You could spin off a VIQC team for middle school - parts available. 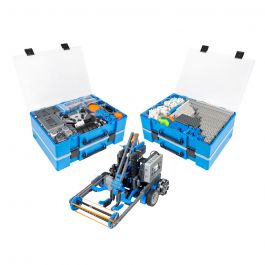 Half of the team member that would be part of the middle school team already competed in this season of VRC, and many years of IQ before that.
We have too many IQ parts, the goal here would be 2 VRC teams.

Vex says that IQ kit is backordered just as long as the v5 kit.

Vex says that IQ kit is backordered just as long as the v5 kit. 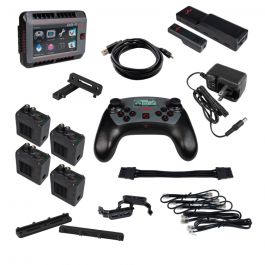 Take your VEX robot to the next level with the V5 System Bundle. This bundle includes everything you need to get started with V5, and is engineered to provide the most advanced robotics experience, right at your fingertips. Designed to scale from...

not when I checked it - it had specified May 15th.

oh well, guess life in supply chain disruption. My advice is to order what you want that you can order now. Worse happens is you receive it prior to Q3 2022 (which is not too far off.)

Ultimately, that’s our plan.
Though I figured that it be worth seeing if any teams had one to sell, that way we could get a quicker start on all this.

I think we might have a brain we could let you borrow until yours ships, I will have to talk with my mentor about this, but would that be a viable solution for you guys? (And if we can’t I’m sure another Arizona team has one you can borrow until you get your other one)

Thank you for offering, but I don’t want to borrow one as we don’t need it that urgently.

We just wanted to see if anybody had one they didn’t need, (like a retiring senior team, ect) as another option versus waiting until September for a new one.