We initially intended to film a reveal after worlds, but did not have enough time due to our preparation for the Showdown in the Southeast last week. After finishing as tournament champions and excellence award winners, we were even more motivated to create a reveal to showcase our robot. Although late, it is now finally complete!

In the past we used CAD to some extent, but this year was the first that we completely designed each iteration of the robot in CAD before building (partly due the pandemic). While we did not follow the digital plan exactly, it greatly helped with the layout of components, made building more efficient, and allowed for us to optimize the design before physically building. We are definitely utilizing CAD again in Tipping Point!

Our robot is also fairly unique as it has a ratchet as part of the mechanism connecting the top rollers to allow the storage of one ball while simultaneously ejecting unwanted balls out the back (this can be seen at 1:42 in the reveal). While we did not use this feature as much as initially intended, it was helpful for ball control in skills and helped to set our robot apart from the meta hood design.

1691A is proud to present our Change Up robot!

We would like to thank all of our alliance partners throughout the season (both in-person and LRT) and the volunteers who spent countless hours to help run the many events we attended. Good luck in Tipping Point!

Nice reveal! Great job this season, it was awesome meeting you guys at SC. Good luck in Tipping Point! 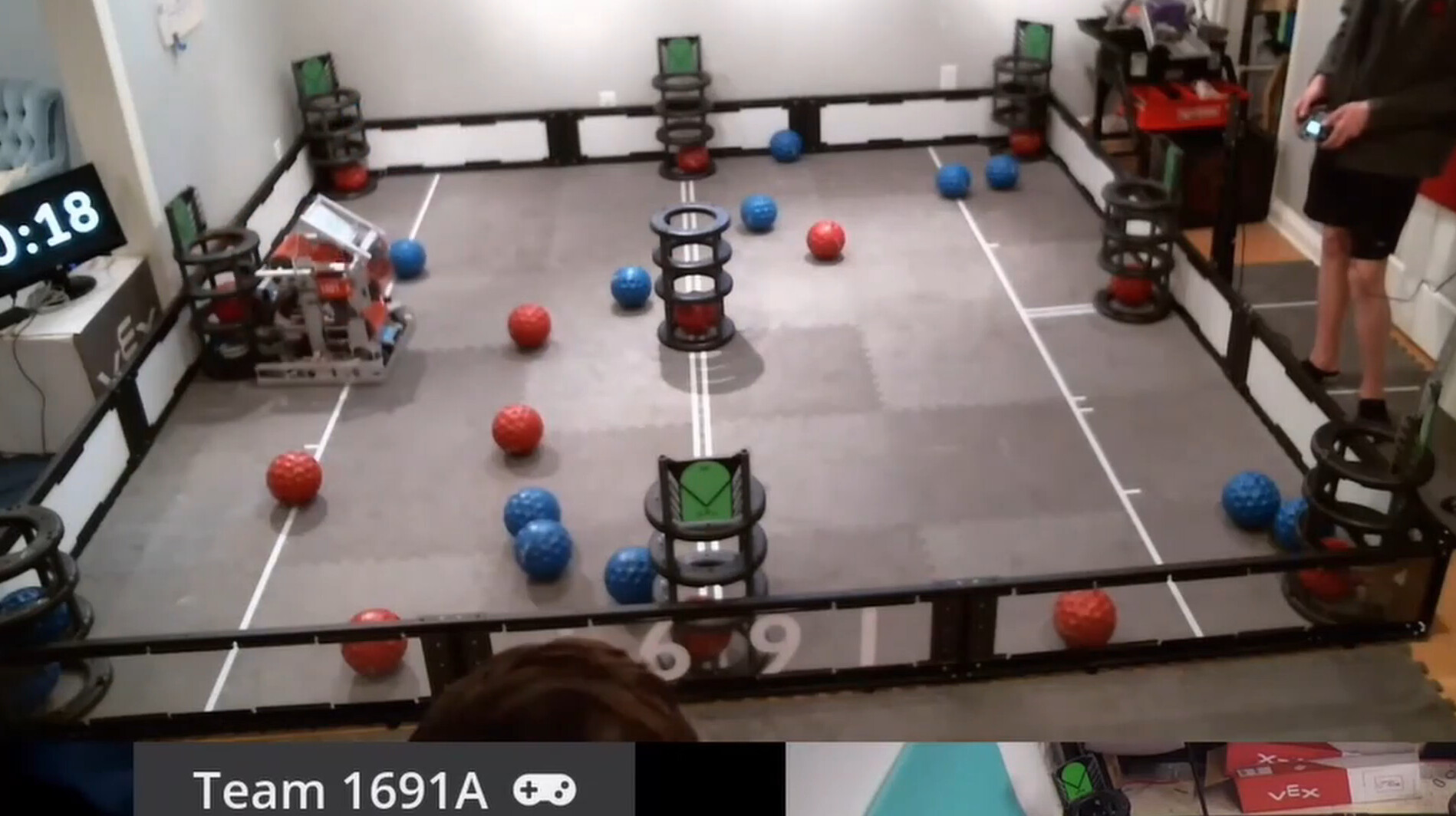 Lul I made it into the reveal. That’s my lab in the bottom right.

You guys did amazing at Showdown In The Southeast! We were really impressed. Nice robot!

I’m so glad I had the opportunity to meet and compete with y’all in Bluff City! You have built an amazing robot, and that looks like an incredible notebook too.

You all are the only team that I’ve ever had an alliance with who reprogrammed their robot mid-competition just to maximize the coordination of our autonomous routines by 1-2 points. And I don’t believe your on-the-spot programming failed even once. That’s some impressive skills and consistency.

@Zawackiest Thank you! It was great to meet and compete with you guys!

@TaranMayer Yep. I was going to crop it out but wanted our number in the shot, so your lab made it in.

@MayorMonty Thank you! We really enjoyed the event!

@BrainSTEM Thank you so much! It was great meeting and competing with you and your robot and notebook were just as amazing! We will do anything for those extra auton points lol.