I know this is very late for a reveal, but I decided to finally learn CAD and made my tower takeover bot.
All cad was done in Blender so if you do want those files I can give them to you, but it will not be a .step.

Also if you have any questions about the bot, ask them and I will probably respond to you 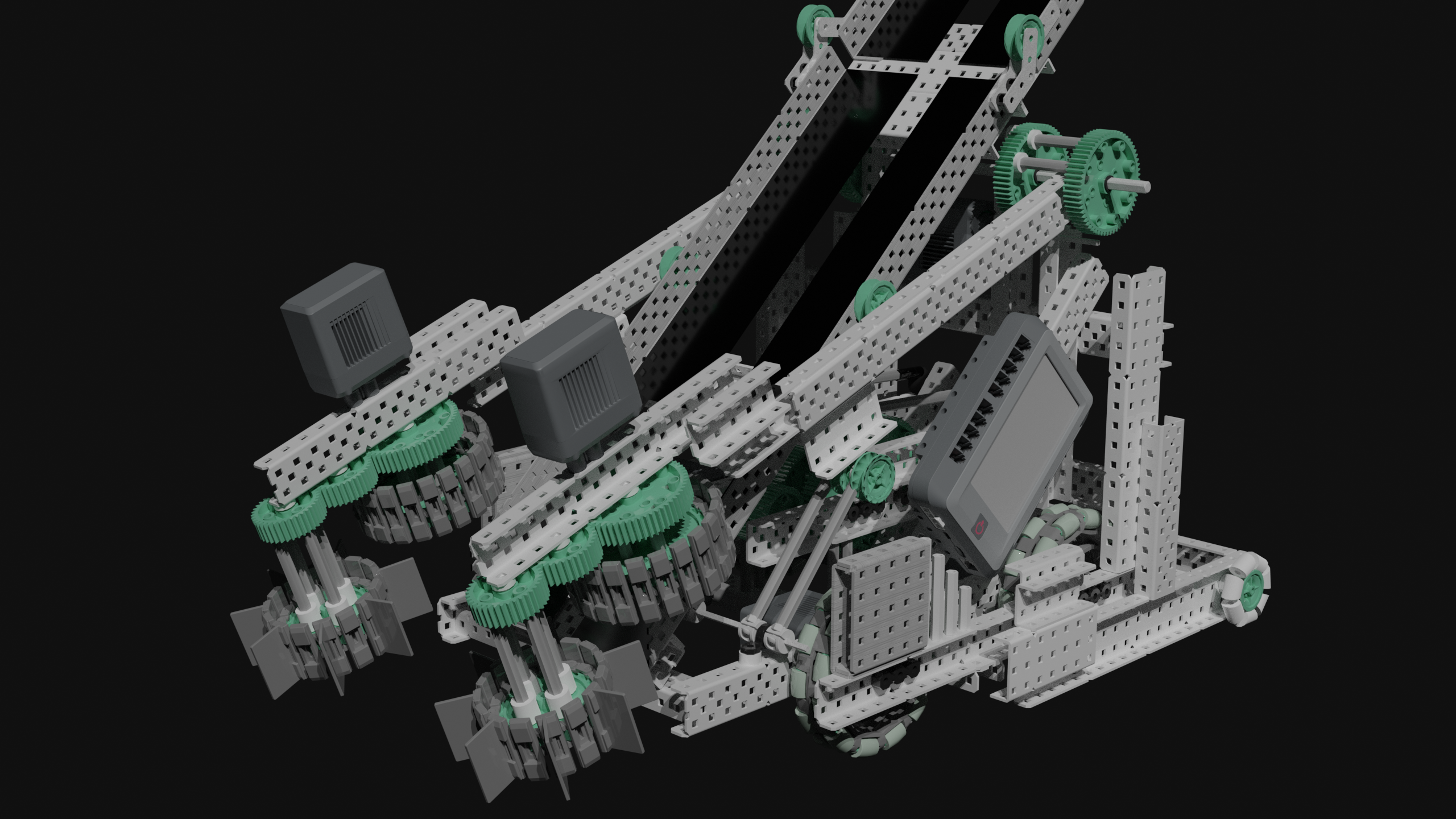 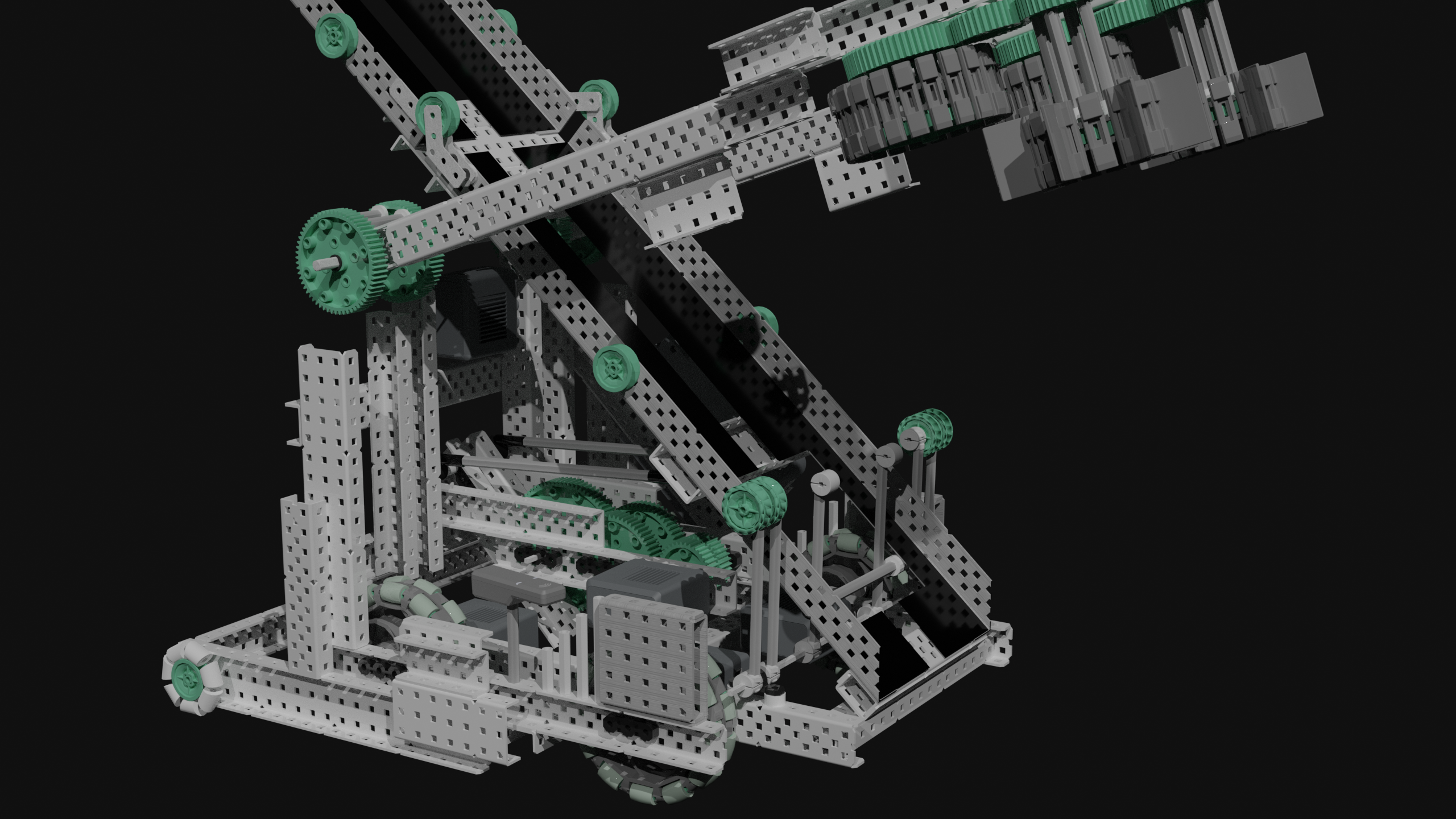 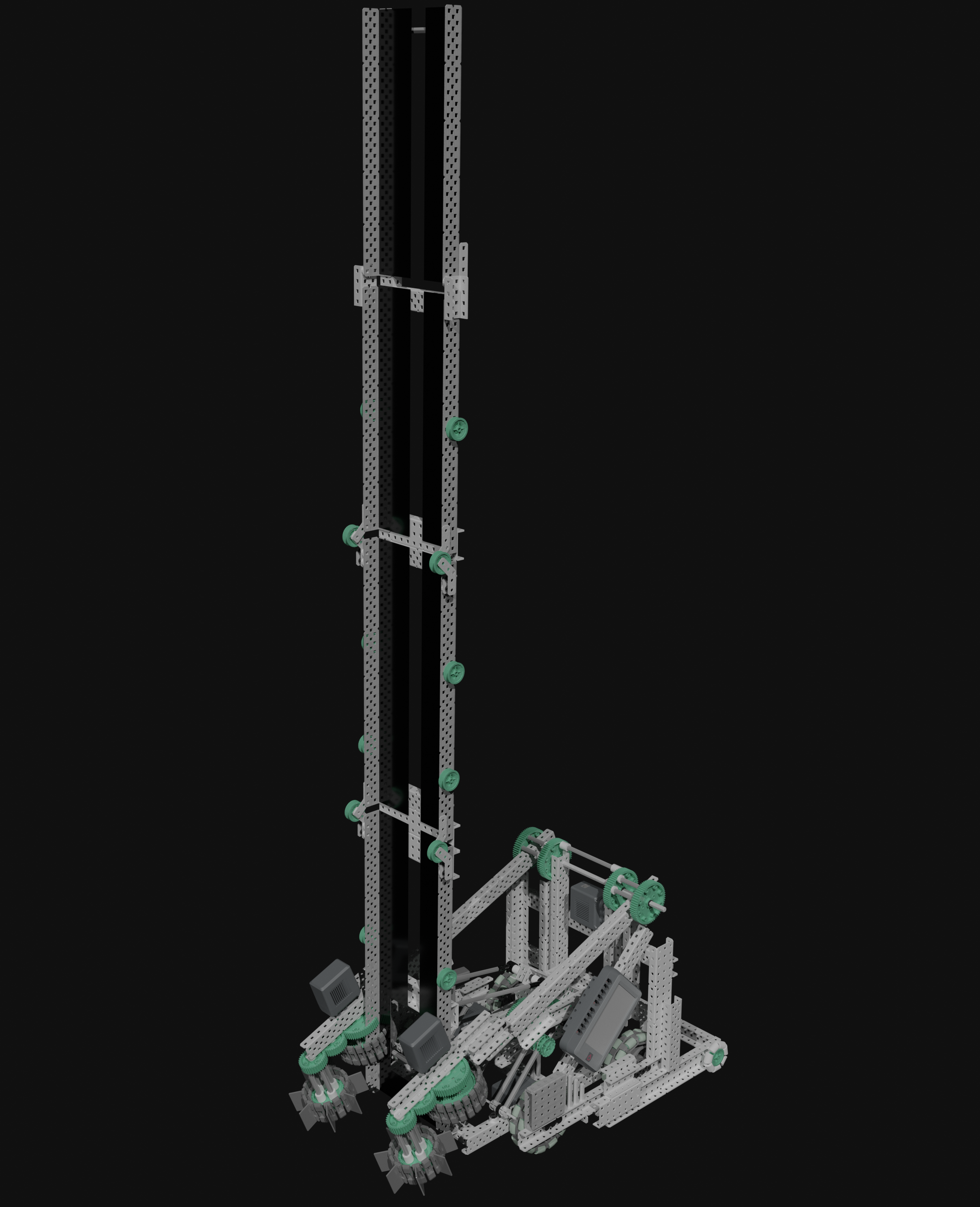 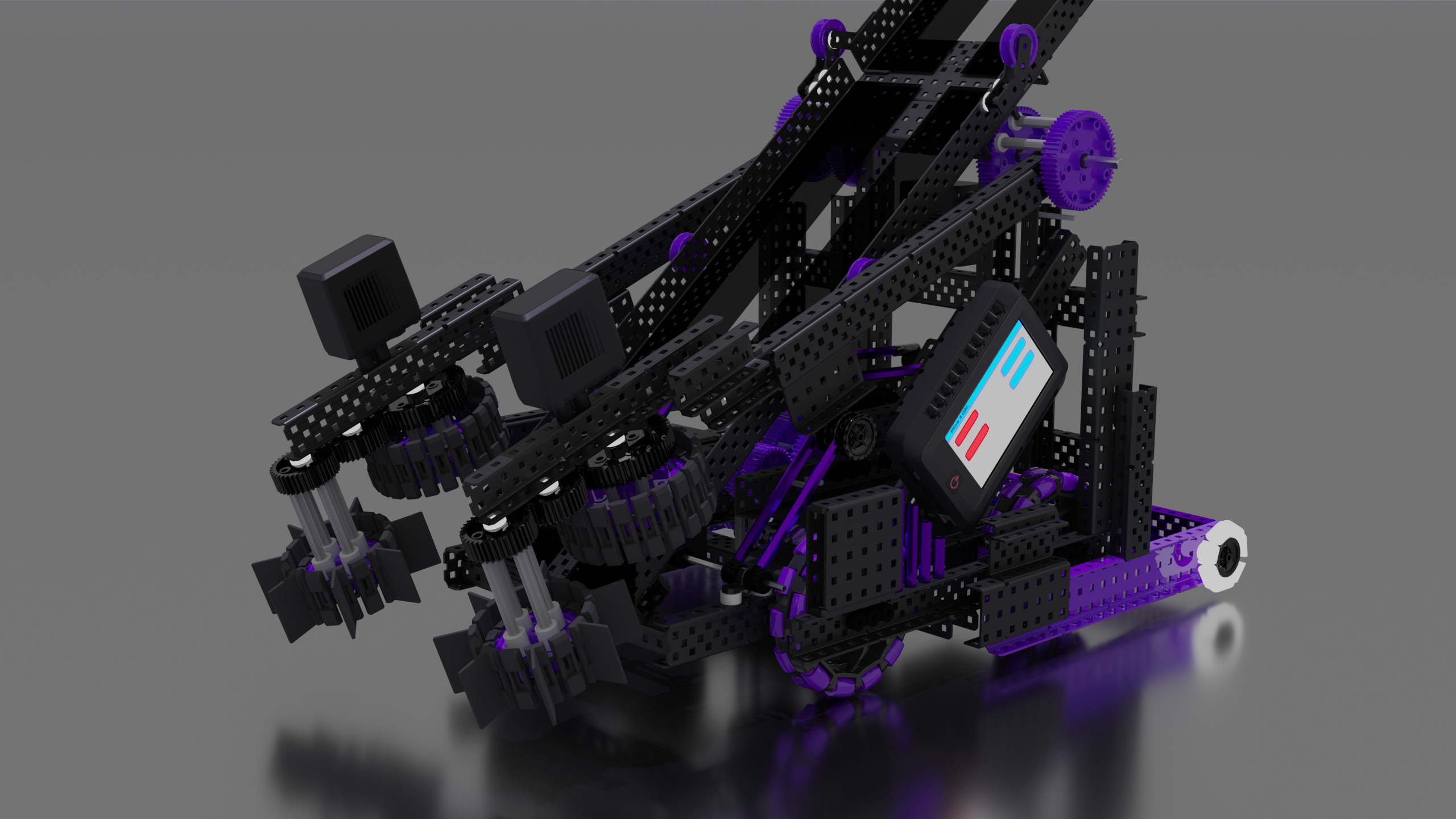 you had 4 trays? I tried that once. Let’s just say that was a DISASTER

yep we found 4 trays to be much more relaible than a sliding section. We prototyped both multiple times and the sliding tray was always lacking in some way. Our 4th tray actually fits inside of the third section so when we folded up, it didnt add any more space than 3 trays.

Did the flip out cause the bot to jurk a lot?

It jurked more than i wanted, but wasnt bad overall

we had a 4 stages, we destroyed other ms teams.

Thank you for sharing.

It is an anti tip mechanism and it functions with a rubber band (that isnt shown) pulling it out at the start of a match. We used this type of anti tip instead of the normal flip out ones because we had problems with anti tips flexing and bending out of the way and this was much more secure

Thank you for the information. Cool ingenuity!