Answered: Where do kids stand?

In every VEX IQ game ever played, the driver stations have been on the side of the field next to the robot’s starting position. When I watch some matches on YouTube the students are standing directly behind the posts. Thus, eliminating the challenge of creating a robot chassis that is easy to align regardless of where the student is standing.

Our states first competition is starting in a few weeks. Could you please clarify the locations of the driver stations? Thank you for your assistance.

The Driver Station is depicted in Figure 2 of the VEX IQ Challenge Ringmaster Game Manual, attached here for reference.

The Driver Station is defined as the region behind the field (shaded in blue) where Drivers must remain during their Match, unless legally interacting with their Robot as per G15. 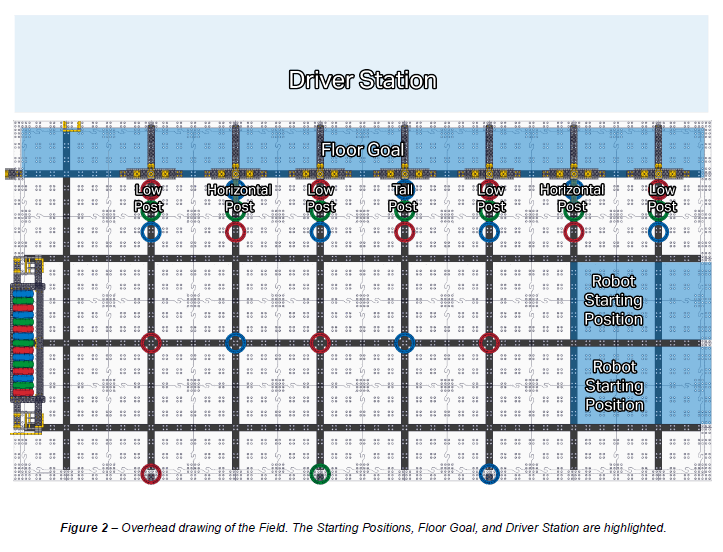