My team has opted to use a 4-motor drive for Squared Away. As such, they don’t have the ability to use the drivetrain function in the program, since it only allows for 2 motors.
They’re getting into the programming skills part, and are growing frustrated with the amount of blocks necessary to make simple maneuvers. Every move is 4 blocks of code.
They tried to create a Broadcast system, in which there was a Forward message that moved each of the motors forward 360*, a Right_Turn that moved the two left motors 360*, and a Left_Turn (right motors 360*), with the hopes they could just call up a Forward, Left, or Right, and repeat as necessary to save time, space, and reduce errors.
Unfortunately, the program won’t download to the robot. I suspect there’s a queuing error with the broadcasts. I’d post the code but I’m not currently at the computer at which it was written.
We’ve looked through the tutorials, but haven’t found anything that helps with our situation. Any ideas?

Can you post the code that won’t download to the robot once you get a chance so we can look at what the issue might be? You can send it via a PM if you don’t want to post it publicly.

One of the roadmap features for VEXcode IQ Blocks is support “myBlocks”, which would allow you to create your own drivetrain style commands. In the mean time, here’s some quick code that might help make things a bit more organized when running 4 motors. 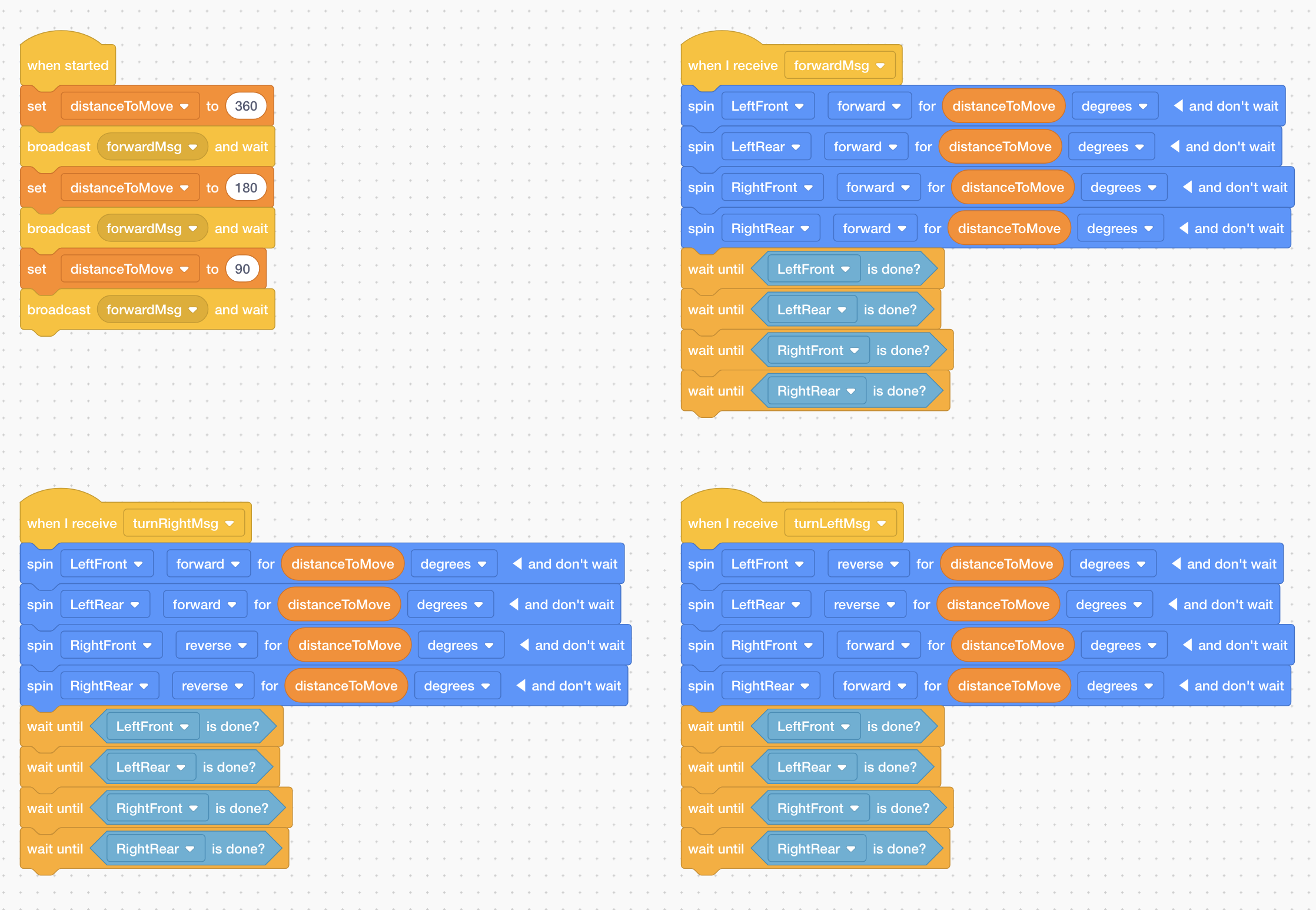 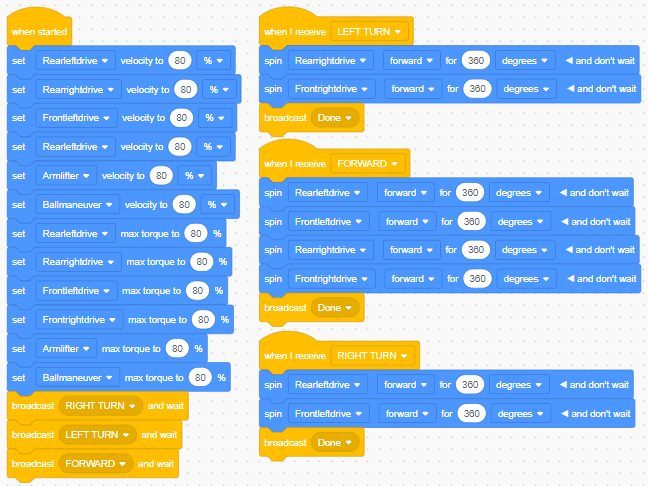 We will start with the code you provided and let you know how things go. Thanks for your help @tfriez

My team has opted to use a 4-motor drive for Squared Away. As such, they don’t have the ability to use the drivetrain function in the program, since it only allows for 2 motors.

FWIW, the last Code Blocks update has support for a 4-motor drivetrain.