So I made ( out of zip ties and rubber bands) a little basket for the back of my robot so when I eject a ball out of the back it is caught and preserved. The basket can hold 2 balls. Have any other teams done something like this? I would love to see other ways people have done it.

Edit: I wish I could provide a picture but I don’t have my robot on me,

one simpler option for ball hoarding is something like what I have on the back of my bot:

Welcome to team 99999v’s change up early season robot reveal! [99999v Change Up Early Season Reveal v2] Huge thanks to SCA for helping me figure out some of the details, and in general just being a great place to bounce off ideas and concepts.

it’s essentially just 2 standoffs and a rubber band, so it’s very very simple, but it only holds one ball as opposed to 2.

I think if it’s easy to implement, a hoarder is nice to have, but I wouldn’t go out of my way to design around one. its a very minor thing that’s only useful for in person matches.

Our team has a hoarder that holds 1 ball. When another ball is run out the back the original ball falls out. The issue your design may encounter would be that you fill it up and can’t eject any more balls. I would like to see the pictures.

I tried to base mine off that, but then went another direction. Nice reveal video!

We can also eject a ball if another is pushed in, I forgot to mention that 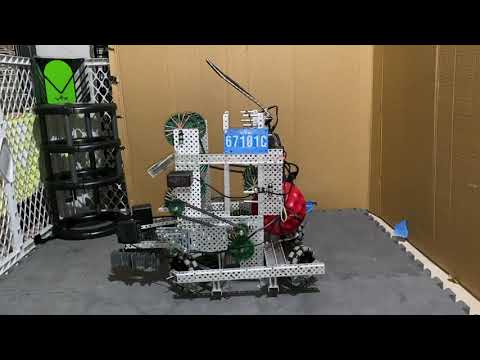 Horders have virtually no use out of in person comps, but I’ve seem a team with one that can hold 3 ball in the mag.

Well that is only for remote. In person, they are useful. A three ball hoarder is too much though as you could end up with four balls.