So as a followup to this thread from last year.

Wooooooh, Shane de Rijk, Jack Barker, Steve Barker and I are all on the team and have been hurriedly working to get our bot done. @StimpNZ @jacko @steventhebarker We’ve all come through the VEX program and it would be epic to have the support of the VEX community behind us going into battle! (I just wanted to be able to announce it somewhere, Jack keeps stealing my thunder)

For those who don’t know what BattleBots is.

BattleBots is played on a 48 ft by 48 ft field by two alliances, red and blue, each made up of 1 teams. The object of the game is to do more damage than the opposing alliance using: saws, flippers and spinners. Damage is scored by which robot is still moving at the end of the 3 minute match. In the event that both robots are still moving the judges will decide who wins.

Here is the promo, it should get you pretty dang hyped.

The first episode airs tomorrow at 8pm on discovery, and End Game will have its first fight, which will probably go down in history as one of the most epic fights. The episodes are 2 hours now, so more fights and more action.

The full fight card for the first episode is here 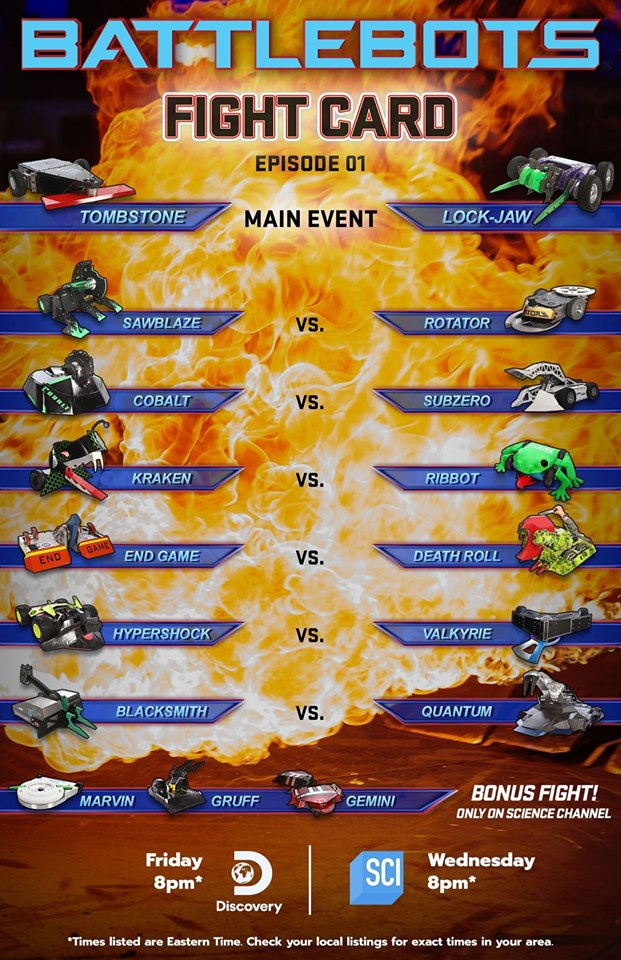 It’s been a while since I’ve been on here. But we are super stoked to be back, and be one of the teams who have come through the vex program.

End Game had a solid rookie season last year, and we’ll be looking to top that this year.

For those of you who don’t know who we are, most of our team members competed in VEX some point - although a few years ago now! We’ve got:

End Game is coming back with a variety of improvements and exciting new custom electronics/mechanics. You can read more about them on our social media:
Facebook
Instagram

We also have a website where you can see an interactive 3d render of this years bot, and find out how to get our HEXBUG toy and merch

Our time doing VEX taught us a lot of applicable skills we are using here (and in industry now), and I hope all of the current competitors can get much out of the program as we did

Hopefully we can see some more of you in the BattleBox in seasons to come, and we’d love to have all your support throughout this season

Similar to Jack, it’s been a while since posting here, but it’s great to see the forum still thriving. Most people will know us as the VEXU team Bots ‘n’ Stuff Robotics, but for Battlebots we are making our rookie debut as Bloodsport!

As people who know BNS, our team members have always been made up of very passionate builders from all over the country. While our Battlebots home base is in Boston, we have team members from California, Maryland, Michigan, and Utah, who all have had their part in making Bloodsport a reality. If you haven’t seen BNS before, we have a youtube page with all our previous years of competing.

Hope to see you all at Battlebots next year

Karl Ehlers is a DiscoBots Alumni in VEX & FRC.

Ya like 1/2 of the teams have some relationship with FRC and I would be here all day if I was trying to name them.

Edit: that was a bit more snarky than intended. Nick, the guy behind all the electronics on Ribbot, did FRC all through HS and was on the WPI VEXU team with me for a year. Designed and wrote all the code with me for this

So Team GOAT would like to present some explanations of its Lidar code that ran at the VEXU world championship. We thought it would be a fun interesting challenge to make a dynamic autonomous(auto located balls around the field and pick them up) that we had programmed ourselves 100%(I believe it was the first fully autonomous individually programmed vex robot ever). This is obviously a difficult challenge in its self, but what made it even more difficult is we decided to forgo any additional pro…

Excited to announce that we have our first fight on Battlebots this Friday. A little teaser for the fight 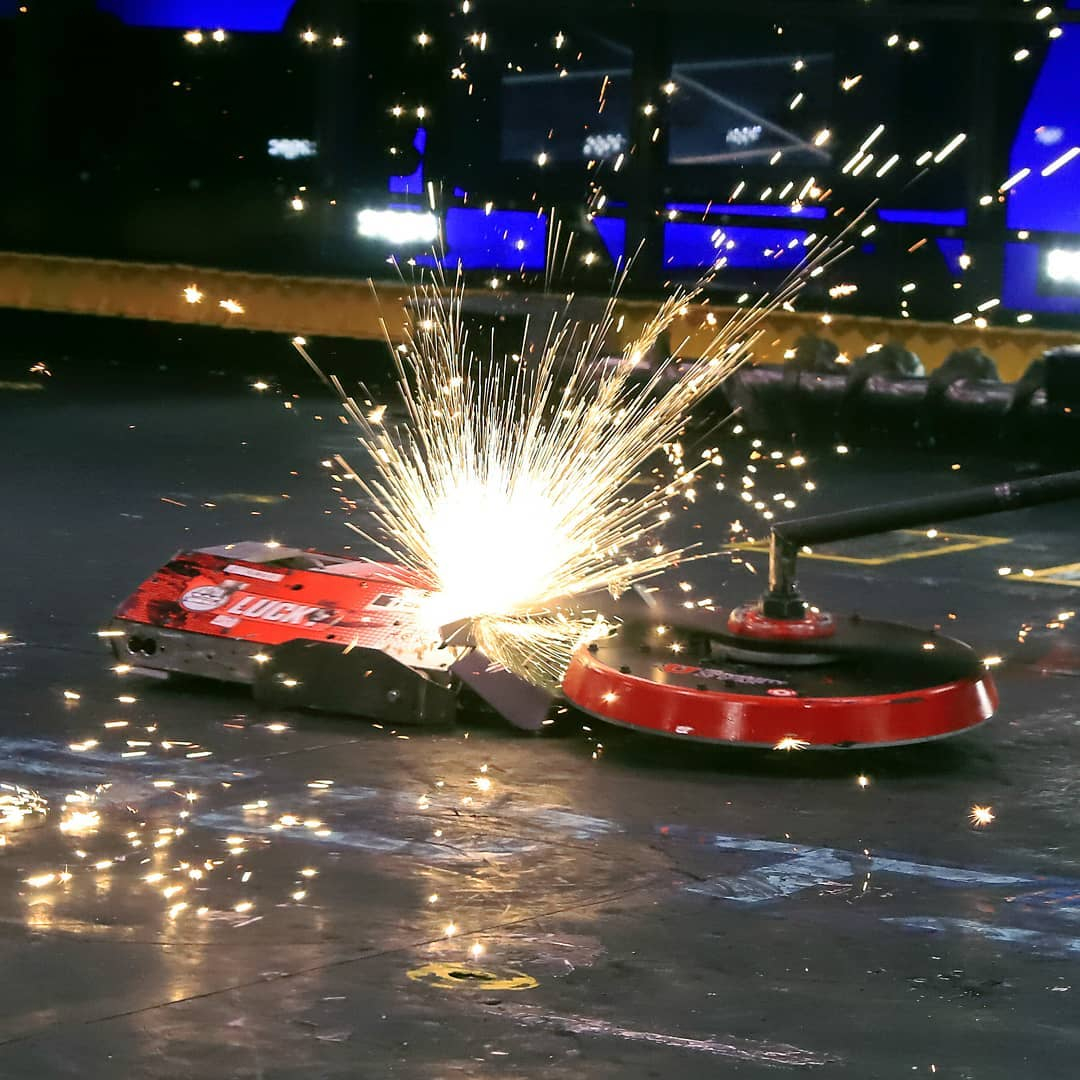 Here is the full fight card. 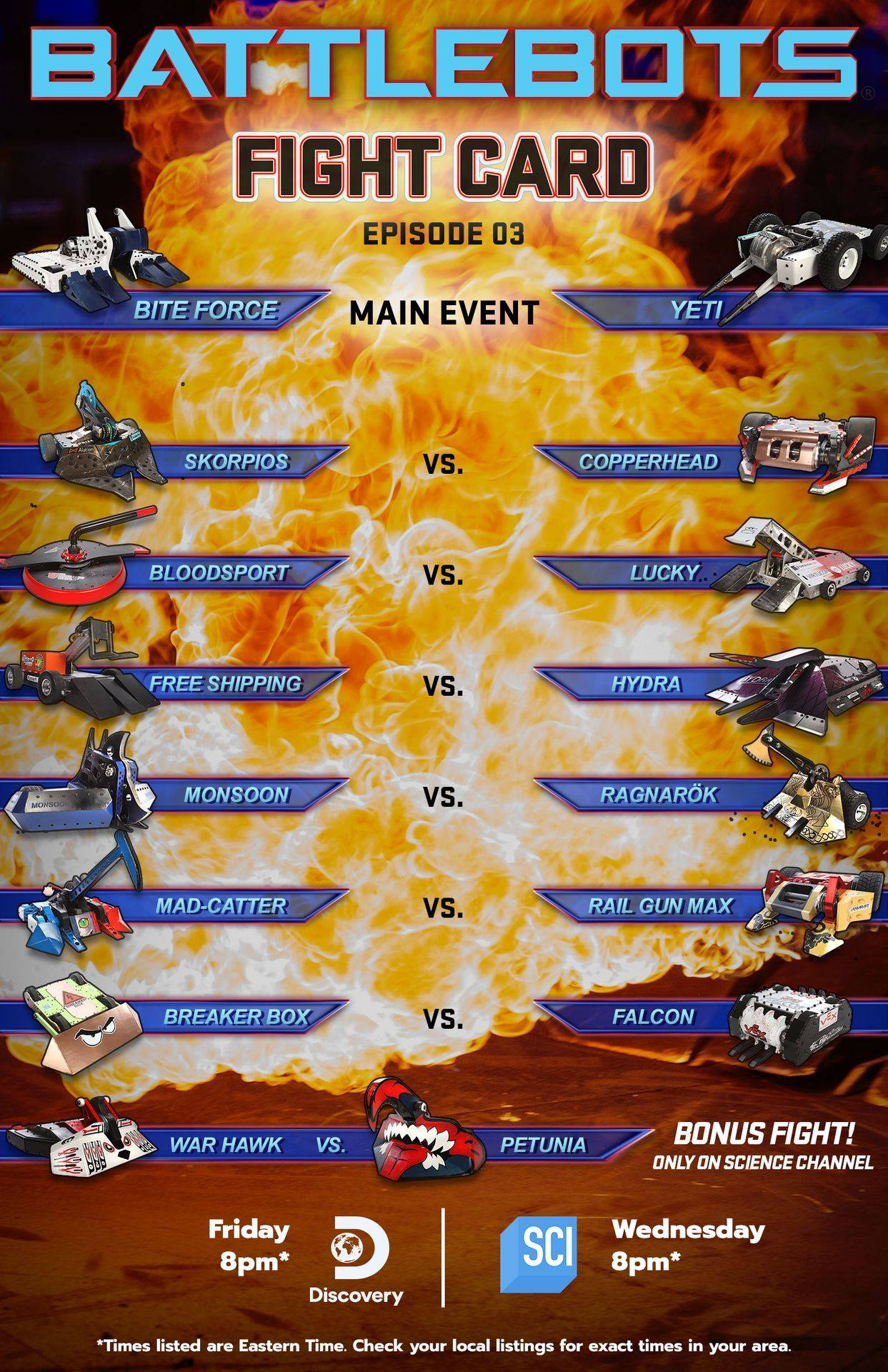 Bloodsport is returning to battlebots tonight. In episode 8, Black Dragon the team that beat us impressed everyone by winning 3 fights in a row so our loss doesn’t look so bad anymore. We also beat Lucky in a judges design after giving them hit after hit for 3 minutes, so our record isn’t looking half bad.

Now we are taking on Breaker Box. A pretty well known robot with a big angled wedge on the front. Big front plows like theirs are our worst case scenario, when our weapon runs into it, its forced upwards and we can be sent flying in the air. Tune in at 8pm on discovery to see how we do. 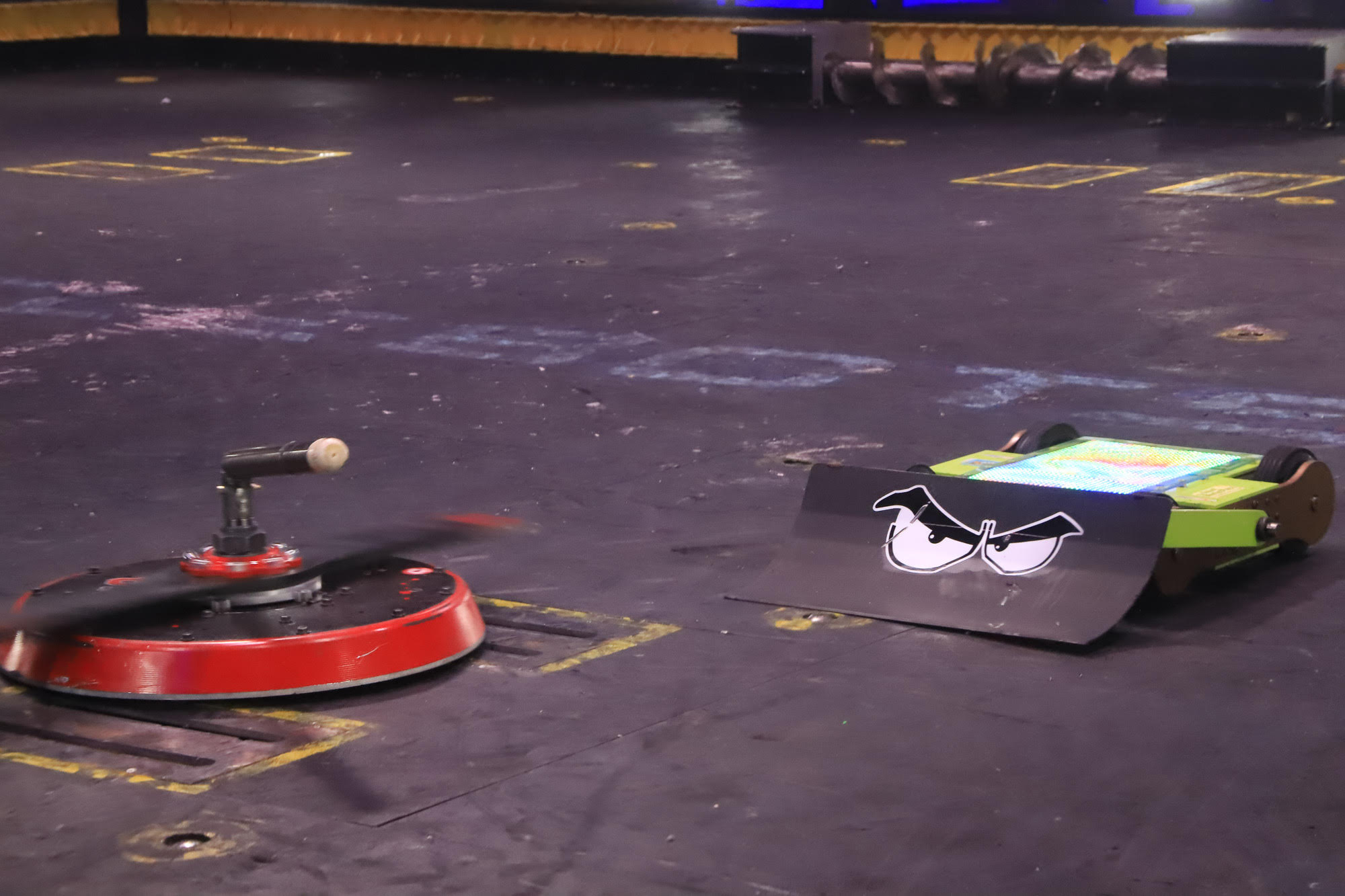 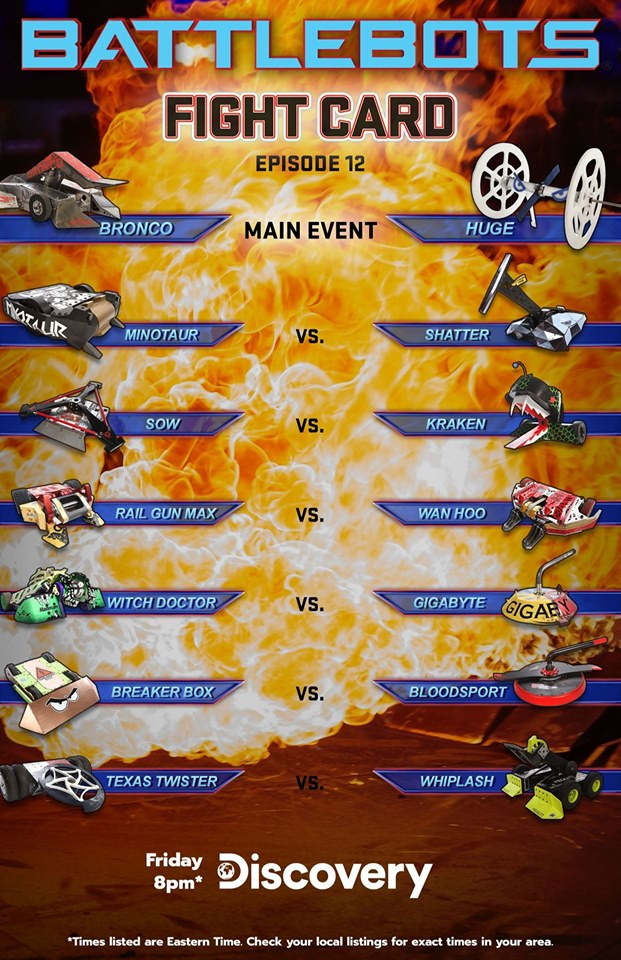 Go Bloodsport! still a big End Game fan tho. Filming’s in April so you already know who won,but good luck!

You can’t tell @jacko but we are all End Game fans too. You have good taste.

Our team and theirs have known each other well for 7 years and we wouldn’t have done nearly as good this year at battlebots without all the help and advice they gave. Build your own model of the BattleBots hero End Game with over 290 VEX IQ pieces! As you drive forward, the weapon spins, giving you power!

I’ve got the sticker pack

Well, Bloodsport just aired its battle to try to get into the Top 16 on the East Coast. ooh boy.

No spoilers please! fingers crossed for our boys from VEX tho