Hi! I’m hoping someone here can help…My daughter was given an old Vex kit (Mechanics Classroom/Competition.) She quickly built the Claw Bot, and has been having fun with it, but she’s ready to move on. At this point, though, she’s nowhere near competent enough to design her own builds.

Are there any build instructions out there she can modify to work with Mechanics? (I haven’t been able to find any remaining sites with Mechanics builds.) Any suggestions on next steps?

Hello there and welcome to Vex Fourm, I started out the same way, there is build instructions on the Vex site, she can modify them but I recommend buy little more additional VexIq parts if she wants to modify the Vex GDC given designs. Here is a link for that and happy building.
https://www.vexrobotics.com/iq/downloads/build-instructions

Thank you, those look fun!

Would she buy extra IQ pieces one at a time? Or is there some sort of kit that would give her the additional pieces she’d need without having to buy the whole IQ kit?

Hi! I’m hoping someone here can help…My daughter was given an old Vex kit (Mechanics Classroom/Competition.) She quickly built the Claw Bot, and has been having fun with it, but she’s ready to move on. At this point, though, she’s nowhere near competent enough to design her own builds.

Are there any build instructions out there she can modify to work with Mechanics? (I haven’t been able to find any remaining sites with Mechanics builds.) Any suggestions on next steps?

For the most part we do not rely on build instructions. Instead, she should consider researching ideas by finding reveal videos and seeing how robots can be structured. A good season to look at to learn structure would be videos during the 2016-2017 season of Starstruck on YouTube for mostly simple robots of different mechanical complexities.

Could you please post a picture of the cortex/brain so we can be sure to advise correctly.

It’s Mechanics, so older than either IQ or v5.

Thanks! It’s hard to get a great picture since my daughter doesn’t want to take her clawbot apart just yet! But hopefully this helps. 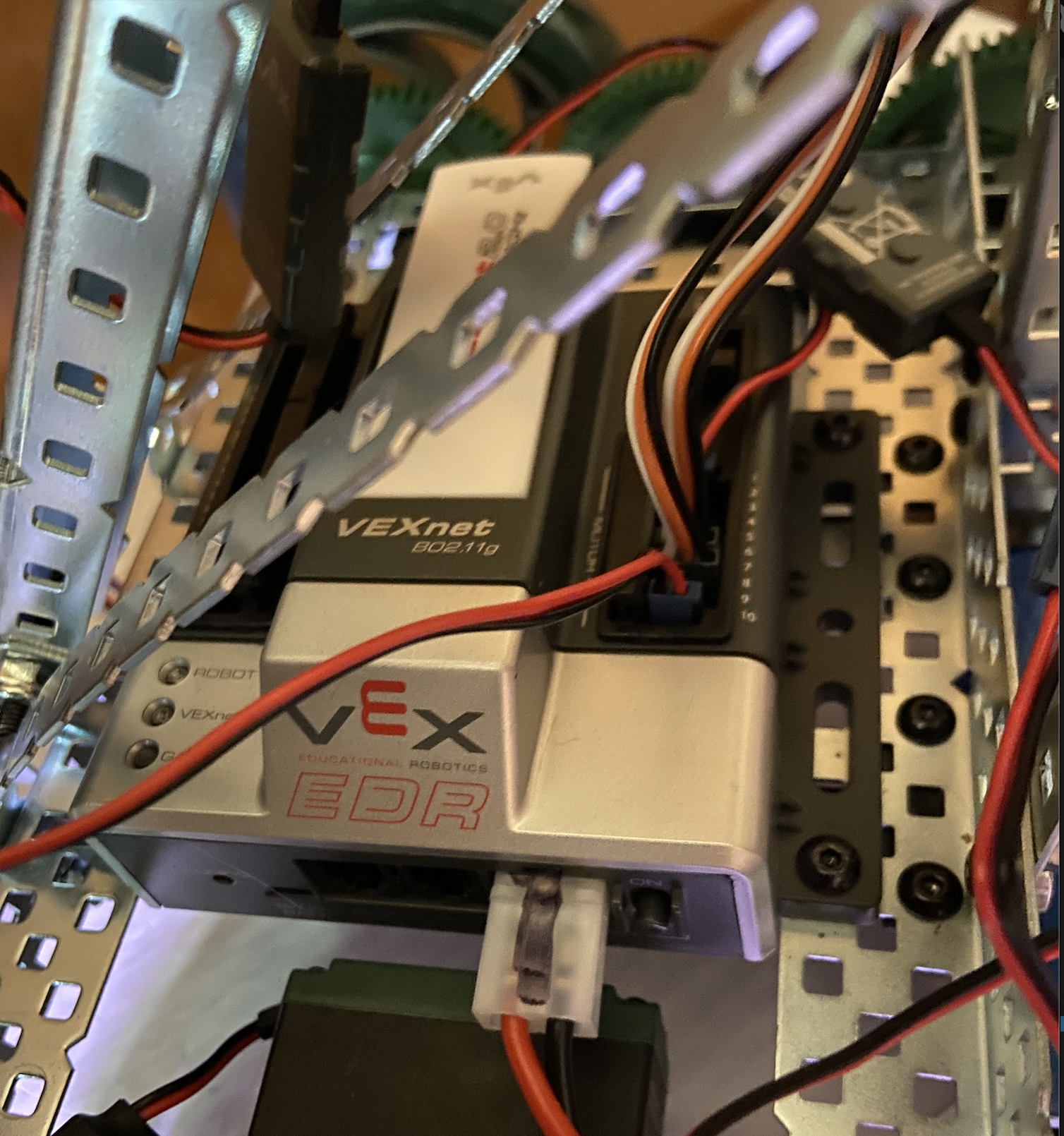 Thanks, Connor! We’ll take a look!

It depends on the parts you have, but she could take inspiration from some of these:
https://www.vexrobotics.com/v5/downloads/build-instructions

Are there any leftover parts after building the clawbot?

(Also by the way, the control system that she is using is called the cortex.)

Thank you. Yes, quite a few extra pieces. She also has a Booster kit, and a Linear Motion kit.

As others have said, you have the “Cortex” system (some people will call the V4, to distinguish it from the current competition system “V5”).

Since this is the older (legacy) system, there’s not a lot of building insructions out there. The step up from the basic Clawbot is the super Clawbot: https://content.vexrobotics.com/docs/SuperClawbot-BI-20170926.pdf But you’d need to look at the parts list to see what additional part you would need. Probably a high-strength sprocket and chain kit High Strength Sprockets & Chain - VEX Robotics at a minimum. The super Clawbot calls for a number of sensors as well, but these would be optional (they would give you some programming experience).

At some point, you’ll want to upgrade your kit to the V5 system. All the non-electronic components you currently have are compatible with V5…the V5 is the next generation Brain, motors, batteries, controller, along with various new sensors. This upgrade would be $649 (and up) depending on which V5 kit you purchased.

Your original comment (she can’t design her own builds), makes me think that VEX IQ might be a great choice. The VEXIQ Superkit VEX IQ Super Kit - VEX Robotics is a great way to get started ($379), and it would provide lots of easy design/testing experience without taking apart the metal bot. And the good thing here is that the programming for IQ is the same as for EDR/V5

That’s so helpful, thank you so much kmmohn.

I actually kinda disagree here; if the purpose is just learning, the cortex system is equal to or better than v5 in most areas imo, and keeping with cortex would avoid the added expense of new electronics. However, one of the bigger drawbacks to staying with cortex would probably be the concern that support for robotC (the programming platform used with the system) and continued availability of sensors, batteries, and the like. Because of this, I could 100% understand why someone would still elect to go with the newer system.

Secondly, while the op obviously knows their daughter better than any of us here, my personal advice would be to first let her modify the clawbot to do certain tasks or work better. After this, she could try her hand at building a bot from scratch (perhaps with guidance from op and others). The result will probably be flawed in many ways, but that’s ok. “Failure” is what allows us to learn the fastest. I assure you, my first robot and the first robot of basically everyone in vex was miles away from the complex, thoughtfully designed, and well-built machines you see posted online.

Edit: I started in iq, and would still say that it’s the best product and program vex has to offer. Depending on your daughter’s age, this would be a terrific option, as kmmohn mentioned. If she really enjoys this kind of stuff, you could even consider encouraging her school to start a robotics club or start your own private vex iq team.

Would she buy extra IQ pieces one at a time? Or is there some sort of kit that would give her the additional pieces she’d need without having to buy the whole IQ kit?

If she wants to get started in VexIq you have to buy a kit, starting around $379 dollors but if you buy a used kit off of ebay that should be cheaper by $100. How I started was my dad bought me a kit then 5 months later he bought me more parts and then I used that then when ever i showed my dad something cool and I put a lot of hard work in design and all he used to make one big order atleast once every 5 months. Now I own alot of parts and lot of stuff for robotics and once I am done with IQ I am gonna teach my sister Vex Iq so the parts that my dad invested don’t go to waste. Just when the VexIq Electronics go bad then you have to buy new ones, which cost a lot but it lasts for 2 years when your competing and when your just using it for fun then it will last 3 to 4 years.

Thank you! That makes a lot of sense. I’ve been thinking along those lines, I’ll have her try adding motors and learning more about how to code it. That should be a great first step.

IQ does look really neat, and I’m sure she’d love it too…This was free for us, so low risk, but I’ll see how interested she continues to be and whether it’s worth making the investment!