I had a similar issue last year. We only had to use it occasionally. I would bring a fan to put the motor under and use that first. Also, I put the compressed air on the vents of the motors. Not sure if that is the best spot though.

Spray as many surfaces as possible for the quickest cooldown times, but avoid the port. The “vents” are designed in a way that maximizes surface area.

Also, I put the compressed air on the vents of the motors. Not sure if that is the best spot though.

the vents are purely for decoration. i’m pretty sure they are just there to make the motor look more sophisticated. mvas may be right about the increased surface area part i guess? the influence of that is likely pretty negligible though lol

anyways spraying compressed air on the motor cases doesn’t do anything for the motor itself. sure it cools the case down, but that’s not the problem. the issue is that the plastic has really low thermal conductivity and is really good at retaining heat. when the outside feels warm, the inside of the motor is very hot. if it were legal to remove or modify parts of the casing, or if the casing were made of aluminum or some other decent heat conductor (like real motors), compressed air would help a lot more. unfortunately, the rules dont allow for that. all you’re doing when you spray compressed air on the casing is risking getting chips or dust in the ports

(my dremel has a plastic casing too and spraying it with compressed air does practically nothing for the insides either; for these cheaper motor assemblies it’s better to just let the casings be and not risk damaging the electronics)

a much better solution for cooling motors between matches is quickswapping them (which may or may not be legal after the change up manual update).

unfortunately, this isn’t realistic for most drives, and this season your motors shouldn’t really be overheating anyways. it was more useful last year where motors really got pushed to their limits.

The motor inside of the case has an aluminum shell that retains the inner magnets and coils. The plastic outer casing is responsible for retaining the motor controller and gearbox cartridges –– it wouldn’t really make practical sense to make that outer entire casing out of metal. But yeah, you’re right that the v5 motor system doesn’t have the best thermal properties.

the vents are purely for decoration

The vents virtually double (more or less) the surface area, allowing more thermal energy to be retained and dissipated by the motor before overheating issues occur. In other words, if the “vents” weren’t there, the motor would overheat a lot more quickly.

yup i’ve taken the motors a part a few times too, while it’s true the aluminum shell is in a good place (after all, it’s the motor you want to dissipate the heat from), it would be even better if there wasn’t an entire box of plastic surrounding it lol

it wouldn’t really make practical sense to make that outer entire casing out of metal.

you made some good points, but i disagree on this one. most real world motors i’ve seen have metal casings, and the ones that dont almost always have fans or some other form of cooling to compensate for that higher heat retention. plastic “vents” that aren’t even open dont count. v5 motors are $40, depending on how the cases are manufactured (im assuming injection molding), i dont think it should be out of the question for them to provide us a case that doesn’t poor burn the motor alive (they do use some sensors to keep temps low, but that’s at a cost in output power)

i’ve tried using some online calculators for injection molding and used the cad files vex provided, and with a part quantity of just 2500 for each of the 3 main components (there is a fourth piece but the cad file wouldn’t upload to the calculator. gonna take a wild guess and assume it’s a similar cost per part as the others), the costs per part were estimated as follows: 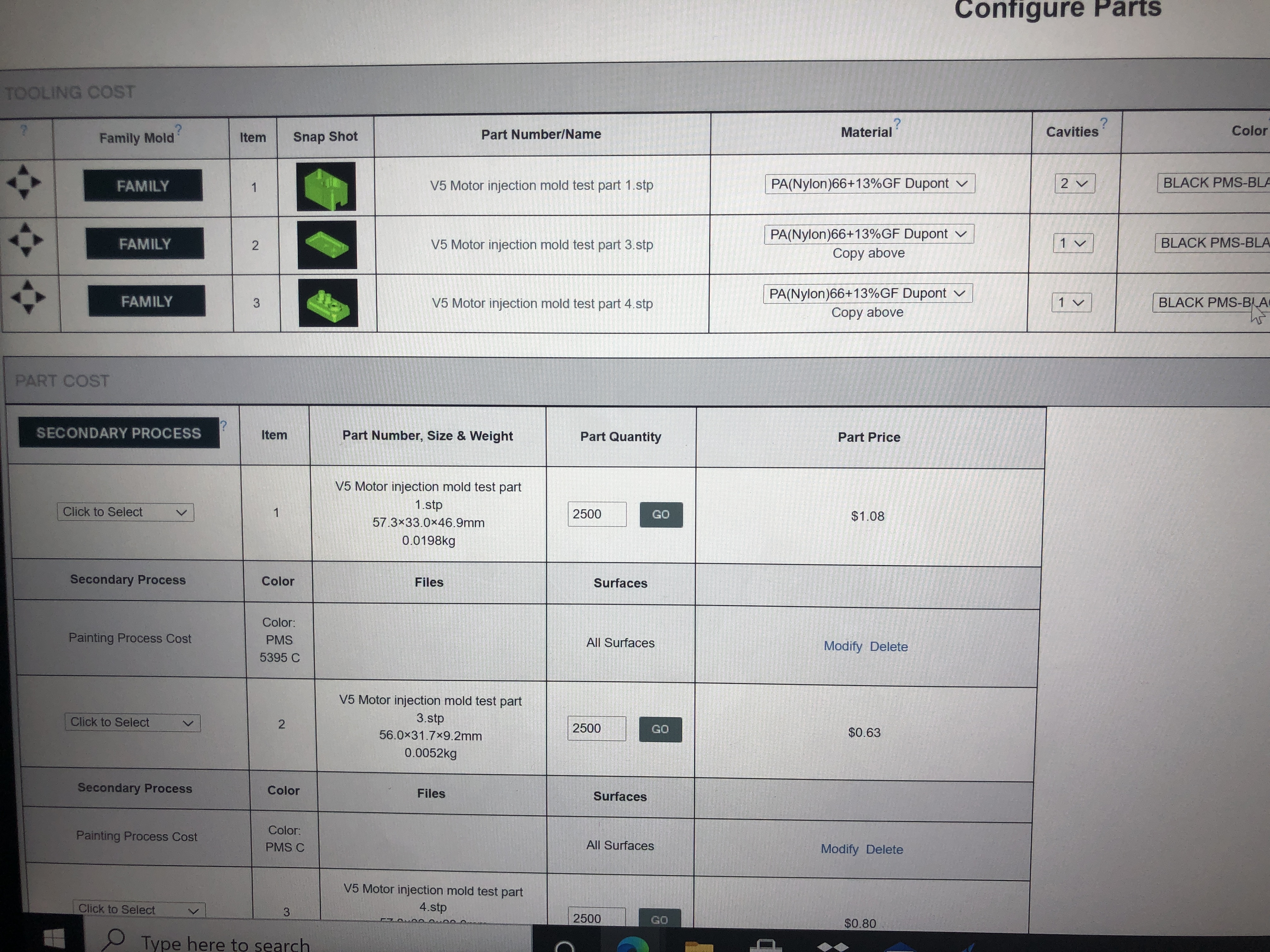 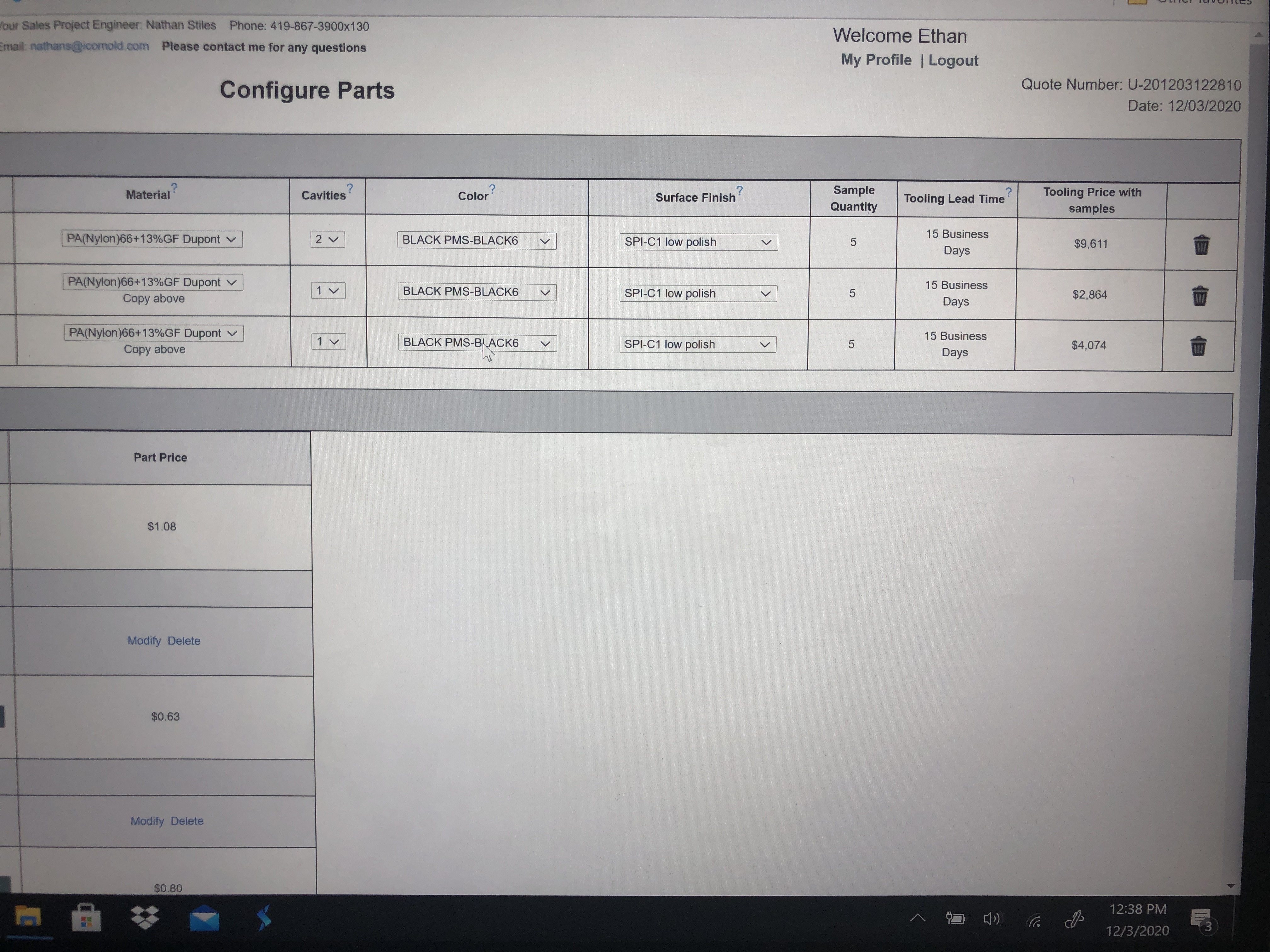 (also note that cost per part decreases significantly as number of parts goes up. 2500 parts was a pretty low end estimate)

while the casing probably isn’t that exact type of plastic, it’s likely still in that same ballpark of being a couple dollars for the whole case. lets be a little generous and say $6 for the 4 main injection molded components of the case itself and the black paint job and light polish. i just dont see why they cant spend a couple more dollars per part to get us a material that doesn’t cook the motor like an oven, or maybe a small fan, or even some real vents would be nice

Probably because there are other factors that you aren’t aware of. Remember, the casing doesn’t just house the motor, but also the gear cartridges, and the motor controller. Increased weight and possibly volume can increase shipping costs, and the v5 motor is already costly for most teams (also plastic already works pretty well). The question we should be trying to answer is –– is a metal motor casing actually a worthwhile investment? I don’t see any solid evidence to suggest otherwise (as in quantitatively, how much better is metal than plastic in this case). The temperatures the motors are reaching really aren’t that high in relation to how well the plastic can hold up.

I’m not gonna die on a hill trying to defend why it makes more sense to use plastic instead of some kind of metal for the v5 motor casing. Clearly, it made enough sense from a corporate perspective that Vex went ahead and used it. In any case, I don’t think overheating is really even that big of an issue. You just need to be able to properly manage the loads on the motor for optimal efficiency and adequately maintain the motor (just like you should with any motor)

I don’t think overheating is really even that big of an issue. You just need to be able to properly manage the loads on the motor for optimal efficiency and adequately maintain the motor ( just like you should with any motor )

agreed, I think that if we just think back to the cortex days, we’ll realize that v5 motors, while imperfect, can do way more work before overheating than a 393 ever could. I don’t think it’s very reasonable to complain about overheating v5 motors when they’re more than enough for most games (especially this year where you could max out with a cortex bot)

It’s not quite this simple. If we made the V5 Smart Motor housing out of metal housing, we’d actually have worse effective performance because of government safety regulations.

If you touch a very cold or very hot object, the speed at which you’ll get frost bite or burns is based upon how quickly the temperature of that object can transfer into your exposed skin. Since plastic is a worse conductor of heat than metal, safety regulations allow exposed plastic surfaces to reach a higher temperature than exposed metal surfaces.

By using a plastic housing, we can run the motor at peak output power longer before triggering the over-temperature curtailment, but at the trade-off that it will take longer for the motor to naturally cool down back to room temperature.

That makes a lot of sense- I didn’t realize government regulations would play a part in that. Guess that’s why y’all are the ones making them lol

The plastic touches the motor can pretty snugly, so transfer is about as good as it can be with the current design.

That said… heat transfer is directly proportional to the temp delta… so hit those motors with freeze spray, just make sure to not overcool them and cause condensation to form.

The plastic touches the motor can pretty snugly, so transfer is about as good as it can be

I beg to differ - just because CPU touches radiator snugly doesn’t mean it is not going to overheat in no time if you didn’t put the thermal past in between.

This is how V5 motors radiate the heat in my mind: 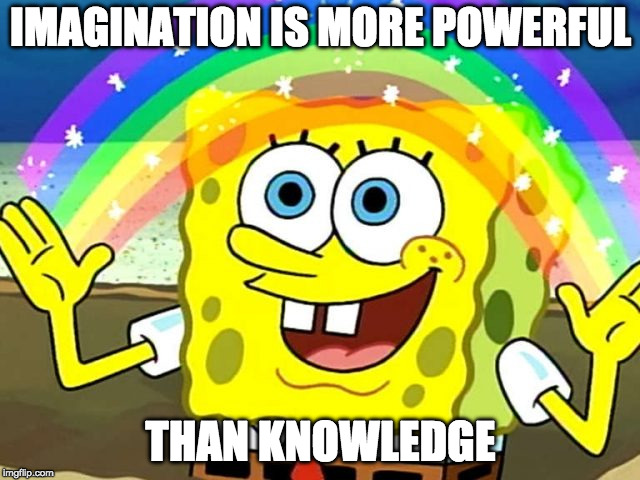 If you’re going to quote someone, then you need to make sure you read AND understand what was written beforehand as well as fully quoting the relevant passage. The important part was “with the current design”.

So, barring a redesign of the motor case with a different polymer, adding actual cooling slots, or other DESIGN changes it’s about as good as it can be with the current design.

And, as before, don’t go crazy with freeze spray. Condensation is not good, and plastic & rubber tend to get brittle at low temps.

Compressed air does help. Put a little bit on and put your motors under a fan and it does help. Trust me, we did some testing over the best way to cool motors down and that was the best.

We’re just super careful around the ports, because we think it makes them more likely to die (but we haven’t experimented because we don’t want to sacrifice a bunch of ports to find out)

By chance could you explain like what part is swapped out of the motor. I would like to in the future do this but don’t know what parts I would swap

basically you remove everything except for the mounting part of the motor.

leave off the screws that you would take out when accessing gear cartridges, and hold the motor together with really tight zipties.

but you need to make sure the zipties really are on super tight, otherwise the components of the motor could misalign which causes friction and could damage your motor.

I would only recommend using quickswap for really intense uses where the overheating cannot be remedied with better build quality. For example on the intakes in TT. This season there should not be any motors you should be using quickswap on imo.

No I meant to use for like broken motors or something. I wouldn’t do that to cool them. Thanks though