Hello all. I tried to turn on my controller screen, and it froze here. Does anyone have ideas to what’s going on? I have left it a few hours and nada. Thanks! 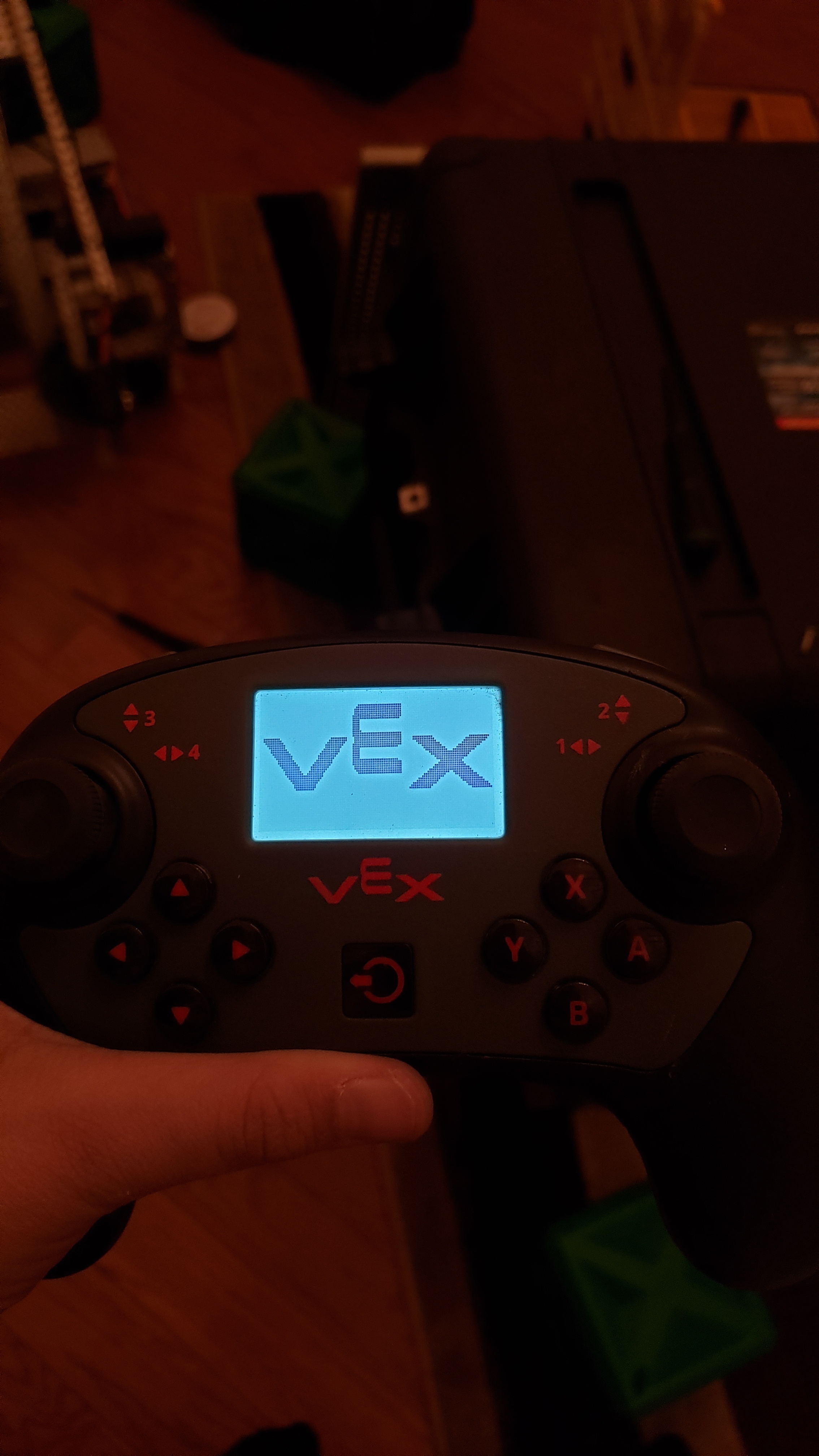 Could need a force reset. Unscrew the back and pop the battery out maybe? Caution: actions suggested above might lead to shock, causing bodily harm and/or death

stick one of your shoelace aglets into the hole in the back, it resets it.

Unscrew the back and pop the battery out maybe?

terrible idea, it has a reset button in the back. don’t go tinkering around inside your controller please.

I did have a danger warning and a question mark

the little plastic wrapping at the end of shoe laces.


Welp, I guess I learned a new slang word.

Yea, grab a screwdriver or something narrow enough to stick inside of the reset port (It looks very much like a place a screw would go, but it isn’t and it contains a rubber button) and press the little button. If pressing the button doesn’t work you probably may need to wait until the controller dies after some time and recharge the controller. If nothing works then contact sales@vexrobotics.com about seeing if you can get a replacement. 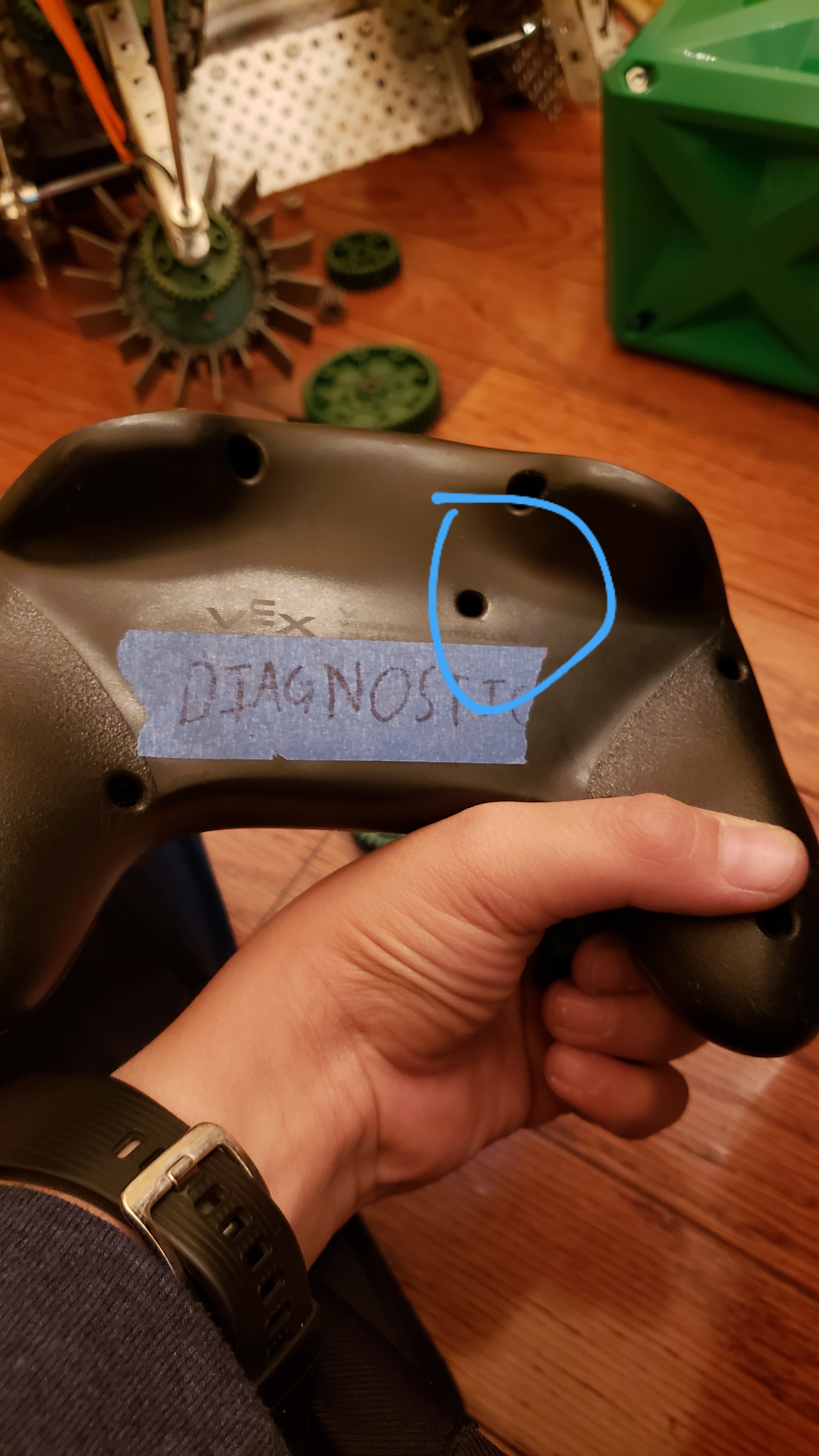 That is the reset port, so yes that is correct. Stick a screwdriver or something narroe through that to completely restart the controller.

After toy story 3, I’m afraid that gonna make anything I plug up into one of those is gonna make it Spanish

But to get on topic, the responses above should answer your question.

shoelaces are the best controller resetting tool. at static-plagued events you’ll see lots of teams bringing their controller to their shoes during matches lol.

Why during matches to reset?

sometimes bad things happen and resetting your controller is a way to get your robot working again.

at static-plagued events you’ll see lots of teams bringing their controller to their shoes during matches lol.

So basically V5 is putting people to their knees “begging” for at least one competition without a static disconnect.