Did you see any robots score on the center TALL post

I’ve been looking at matches and online robot reveals. Have you seen anyone score on the high center post in a match?

If so, can you describe the robot?

Nope, not yet this season

We had 1 robot that was a reverse double 4 bar that could and did… just because they could. It qualified for state but not worlds.

Wonder if there would have been more if the game offered a bonus for doing it.

Just for fun one of my ex-pupils built a DR4B that could reach but in practice, it was a waste of time to sort enough rings to make such a big uniform post count. It made more sense to go 5s and 3s on all the other posts.
Never saw anyone try it at a proper event.

A mistake on account of the GDC. Perhaps they should have had an option to change it to a low post for worlds, like they have the option to change the number and placement of cones for VRC. They thought that it would be possible, hence its existence. It’s got to be incredibly difficult to create a game, and I’m sure if they could have gone back to the drawing board they would.

This robot can do it. It didn’t do it in competition yet, because they were more effective with scoring off of the pegs. But, they have been practicing more and more with it. They definitely won’t be able to get more than three up there, but, they can score three consistently. 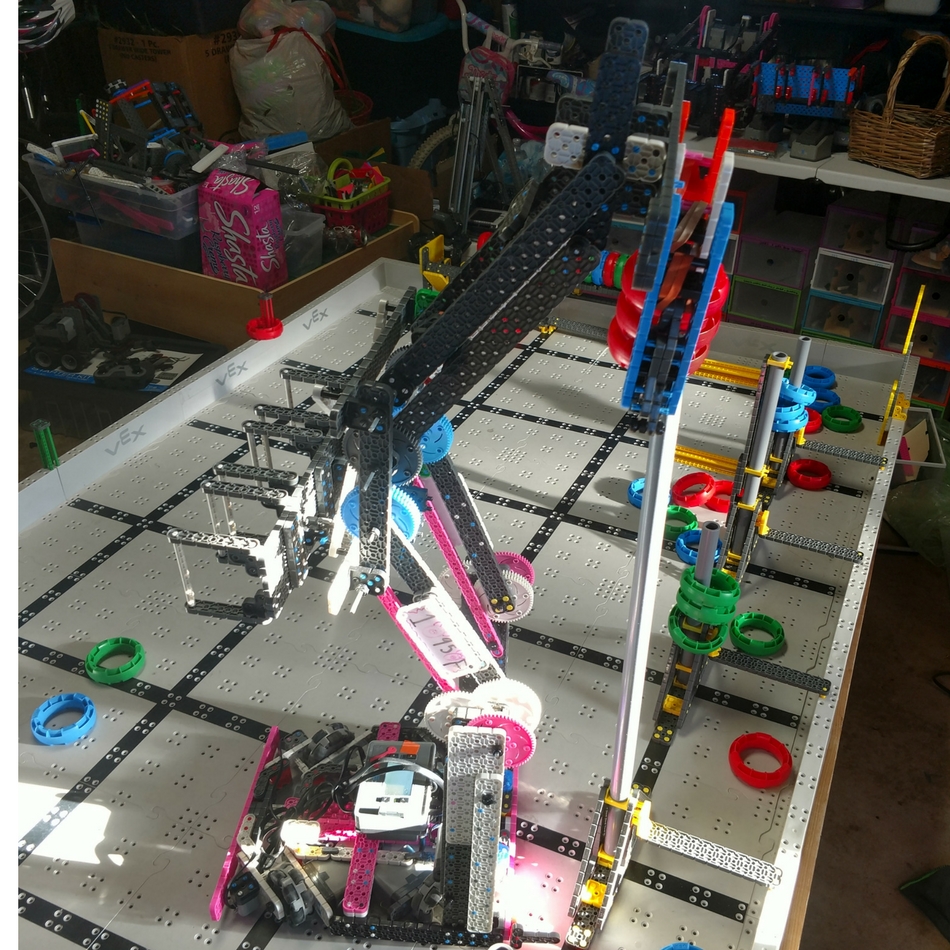 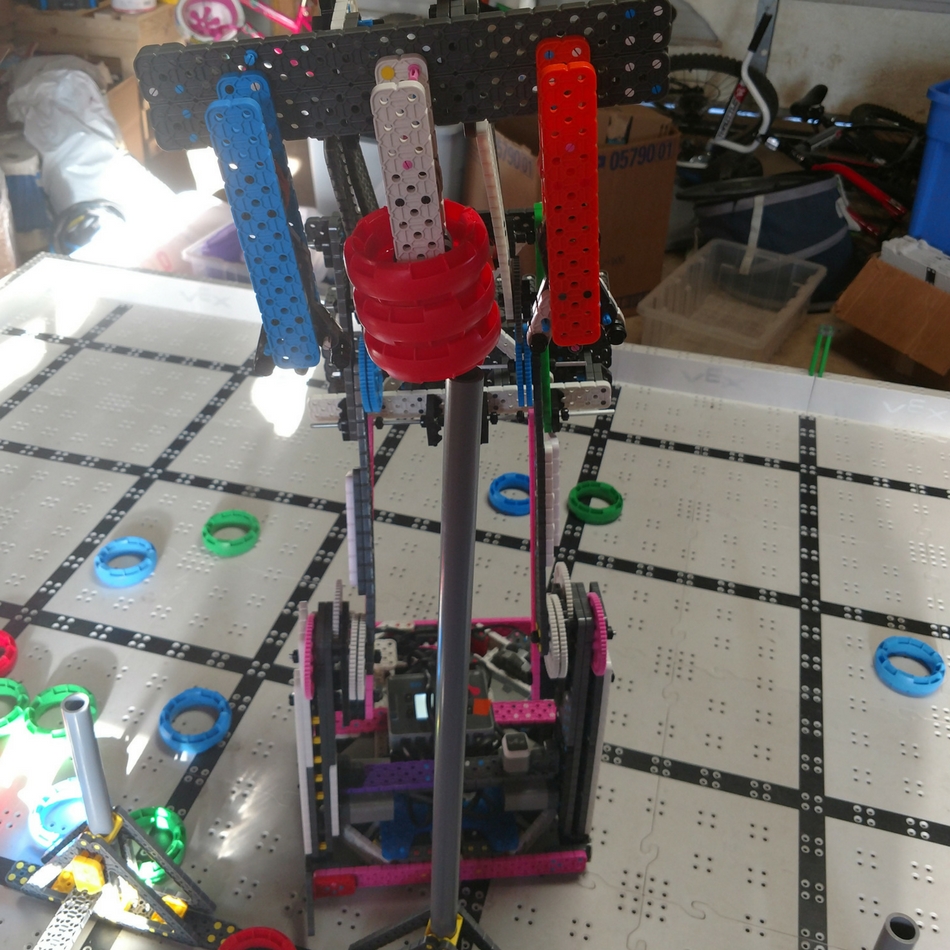 @daddycrusader Very cool!! Thanks for the pictures, and congrats on getting that high up without falling over.

@sankeydd I know the GDC trys for a stretch item in the game, It’s hard because they want to create a game that can be played by clawbots and is challenging enough for the advanced roboteers.

I liked this game a lot, and will be keeping the tower bits as a demo game for summer camps / maker faires etc. Haven’t decided if I’ll do a 4’ x 4’ field or 6’ x 3’. Will ditch the dumper. Robots start a one end and all the towers are at the far end but on three sides of the field (low on the left, arm, low, arm in the center, and low on the right. Three fixed posts on each side. Should give beginning but quick teams ways to get 180 points.

This robot can do it. It didn’t do it in competition yet, because they were more effective with scoring off of the pegs. But, they have been practicing more and more with it. They definitely won’t be able to get more than three up there, but, they can score three consistently.

What’s the gear ratio on the lift? I don’t see any rubber bands on the lift, perhaps that would help? Good luck!

@Foster They fall over if they drive with it up, they have to be near the post before they extend.

@sankeydd I’m not sure on the gear ratio on the lift. I will have to ask my daughter (it’s her robot). I’m pretty sure it’s double geared for torque, so 1:25 or 2:25. It is rubber-band assisted, the rubber bands are in the interior of the lift, but they actually haven’t found much benefit in the rubber bands. (They drove it the other day with the rubber band assist support broken, and they didn’t notice until I pointed it out after practice). My daughter is also on a VRC team (she’s in seventh grade), and her VRC robot had a DR4B that required LOTS of rubber bands.

My wife’s elementary team built a RD4B high enough to score on the high goal. They were capable of scoring 6 rings, but never did, because the robot in this configuration was never to a competition and it wasn’t worth it with the same points. At 20 points a ring, that would be a different matter.
If I remember correctly (I haven’t seen it much), they had a compound 1:3 + 1:3 gears (1:9 total) driven by two motors, not sure about elastics (but I do know they snapped a few plastic shafts initially and had to double the gears). They have since rebuilt to a much leaner RD4B only capable of low goals.