I am running the Drive program (pre-loaded program, hence, NO coding to post here) and when I tell the motor to go forward it ends up going backward, and when I go backwards it goes forward, left is right and right is left. Why?
Thanks in advance!

Just swap around which side of your robot is forward and backwards and then it will be right! Just kidding, but this happens because of this. The motors don’t know which direction is forward or backwards, they just spin in 2 directions. One direction has been labeled “forward” but that doesn’t mean anything but it spins in the opposite direction as backwards. You can solve the issue by just telling all the motors to go in reverse, which means the motors spin backwards to go forwards if that makes sense.

Edit: just realized you are using built in code, just swap around the wires for the left and right sides of the drive and that should fix it

Hello @Milo thank you for the reply. I did switch the cables (should have said that earlier) and then you are correct, forward is forward and backwards is backwards - however, turning is opposite. So very strange.

Yeah if that happens you will probably need to either reprogram your robot or do a lot of rebuilding for your drive.

See this reply to a similar question:

just select Motors on the Drive screen and reverse here. [drive_motors.png] It’s saved in the V5, you only have to do it once.

forward is forward and backwards is backwards - however, turning is opposite.

I’ve found similar problems with applying my own programs to other drive trains. Re-writing the program is your best solution, but you can test the functionality of your drive train by holding the controller backwards: 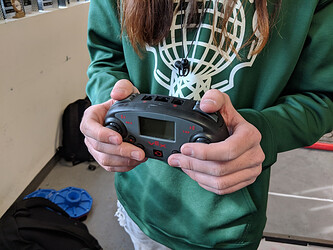 Thank you! This was very helpful and I appreciate your support.