Is a 7th Ring on a Low Vertical Post Scored? (Re-Asked)

Here is my question from before re-asked: (There was an issue with the image not being viewable by the GDC)

Does the below 7th ring (the green ring on top) count as Scored? Figure 6 in the Game Manual shows a ring in a similar condition (with the PVC post partially inside of the ring), and the Manual says that the ring in Figure 6 is “Not Scored”.

However, that 7th ring (if it is on the Post as shown) will look to the audience and teams just like the 6 below it. If there is no GDC ruling specifically saying that only 6 can score on Low Posts (and to be thorough: only 8 on Horz. Posts & only 20 on High Posts), there will be inconsistent scoring of this all season long.

Thanks in advance,
Paul 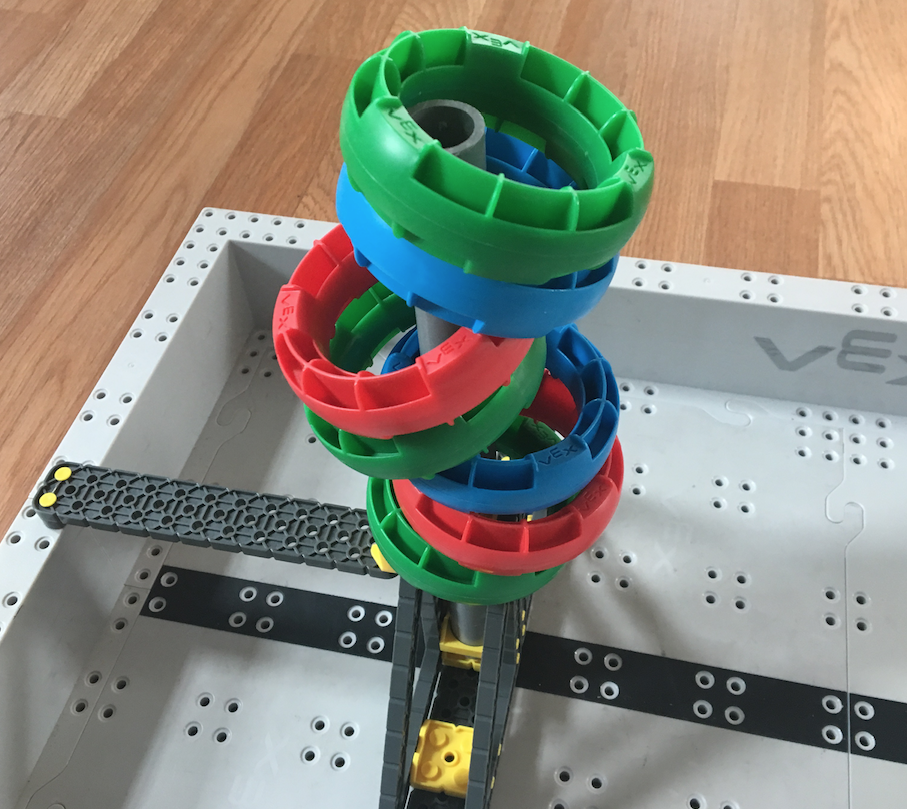