We have had the autonomous line for a few years now. Many have appreciated the change and welcome an era of vex void of the suicide autons which became all too common in ITZ. Overall I think the community agrees it was a change for the better, but there is still something to be missed from the less restricted autons of the past.

Having a firm auton line which restricts any robot to robot contact significantly narrows the competitive designs for any given season. We are no longer able to have autons such as 62a’s from ITZ, which struck a balance between defense and offensive scoring which can never be attempted again with the current rules.

I think that in order to expand the amount of viable strategies and the variety of robot designs as well as integrate some level of defense into autonomous, the GDC should consider having a buffer or neutral zone in autonomous. The field would be split into 3rds, with edges being alliance specific zones and the central zone being a neutral zone, where interactions between opposing robots are unlimited.

Teams would still have a safe area to score in during autonomous, but could have a riskier autonomous routine to score in the middle of the field.

Having zones would create a lot more interesting moments during autonomous and potential to lead to much more exciting strategies and games where teams use the more flexible field to their advantage.

I think we will see these types of approaches in seasons to come. Think of the parking platforms in turning point … It was exciting to watch. Your comments about keeping “safe” zones allows for teams to hone skills and “free for all” where interaction is allowed for those not faint of heart, keeps the game exciting.

I’d be all for a middle zone. I think that’s a fantastic idea, and hope to see something like this implemented in the future.

I really like this idea. I think it could also go along well with a longer auton, too.

I like the idea of a neutral zone. I also think it would be cool if they did something allowing you to cross the auton line when there are 5 seconds left in auton. This would allow teams to interact will elements anywhere on the field while allowing teams to get most things done before someone could do a suicide auton.

Given how quickly odometry is spreading to teams, I wouldn’t be surprised if there’s no need for the auton line at all in a few years. The first thing that comes to mind when I think of odometry is the clip of The Pilons auton correcting itself when another robot used a defensive auton on them. The argument then of course would that you could still mess up the teams that don’t have odometry, but at a certain point odometry will be widespread enough that stopping the teams without it will probably not be worth as much as just making an offensive auton.

I am in full support of this proposal.

I think that how good the neutral zone is depends on the game. This year, it would allow teams to fight over the middle goals a lot. Last year, it wouldn’t have changed a lot of things other than maybe grabbing a couple more cubes. In turning point, it would have been on much fun to watch teams both go for the yellow platform.

And anyway, we already have a neutral zone (as seen it purple). It would just need to be expanded. 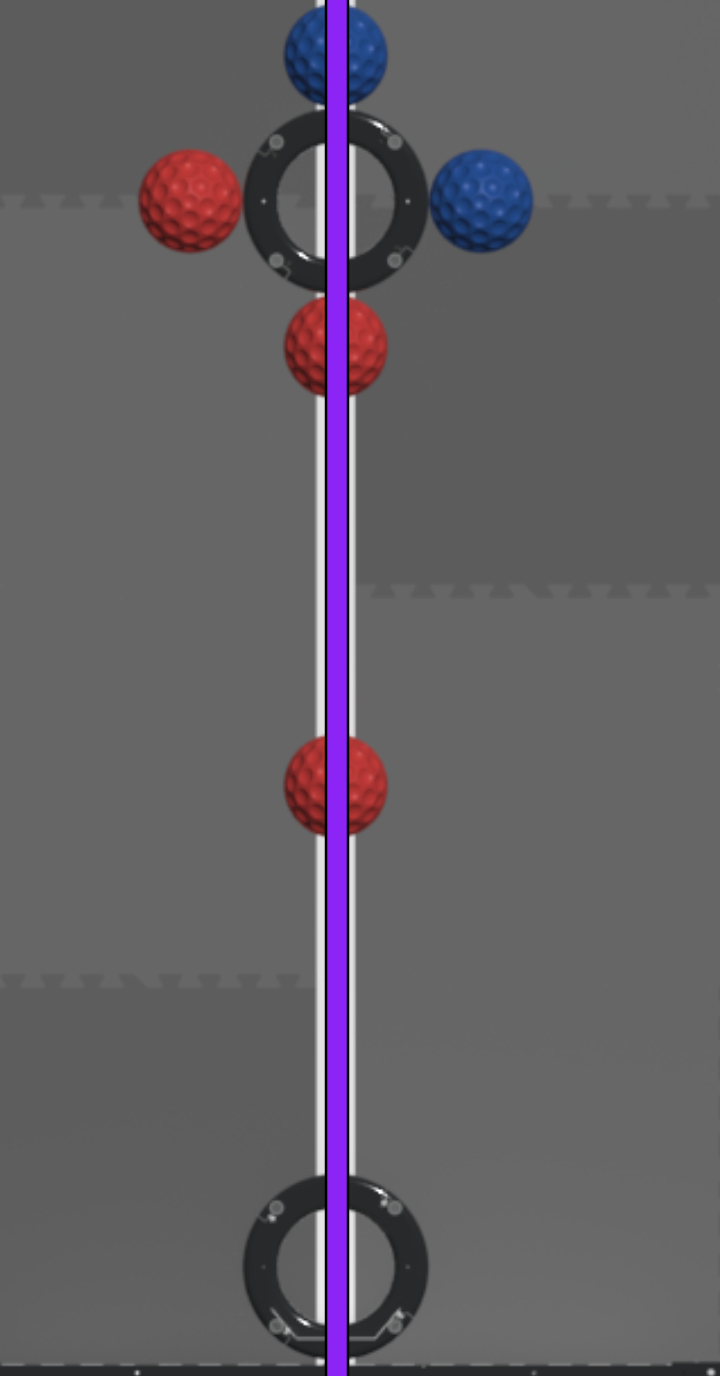