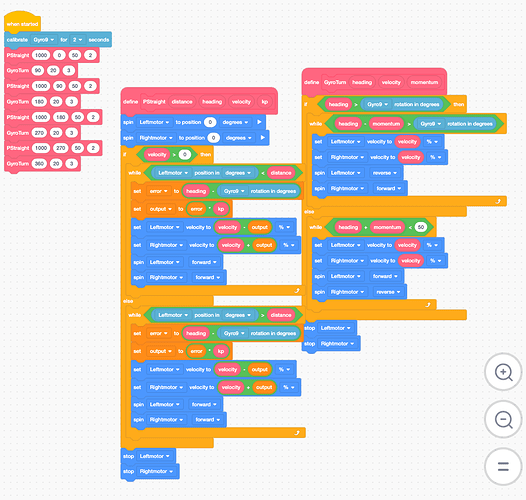 So ive got this sample code for using PID in vex iq. Am i right to say that I must edit the part I will show below in order for the code to make my drivetrain work the way i want it to? 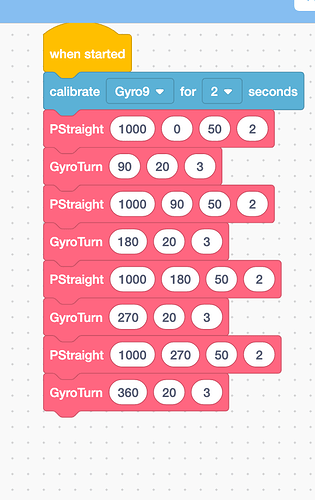 PID for robotC. Contribute to hlikecars/Sesame-Oil development by creating an account on GitHub. Team 16688C's Rise Above PID code. Contribute to hlikecars/vex-PID-controller-old development by creating an account on GitHub.

besides that yeah Im pretty sure thats now it works but its best to write your own pid and understand it instead of using a P-loop written by caution tape.

do u know how to find ur kp? i was thinking of just using different values in caution tapes code, until in works with our robot, however i dont know if thats an efficient method

if im not mistaken, text and blocks have all the same commands or am i wrong?

No, text has more complicated commands. That’s why you can concert from blocks to text, but not vice-versa.

You have to tune it. Its different for every robot so caution tape’s values wont work for your robot. I forgot how to tune too lazy to re learn but i’m pretty sure you adjust kP until oscillations and then increase kD until the oscillations stop. Also I highly recommend a PD loop instead of a P loop.

instead of using a P-loop written by caution tape.

@ROBOTEER to reenforce Hao’s point, you really should deeply understand this if you are going to use it. Review rule G6 in the game manual as well.