Placement of hex balls at the beginning of the match.

I know that the students are allowed to turn the hex balls all in the same direction before the match starts. I did not see anything in the rules that prevents students from placing the hexballs like this to start a match. Can someone please clarify this for me? 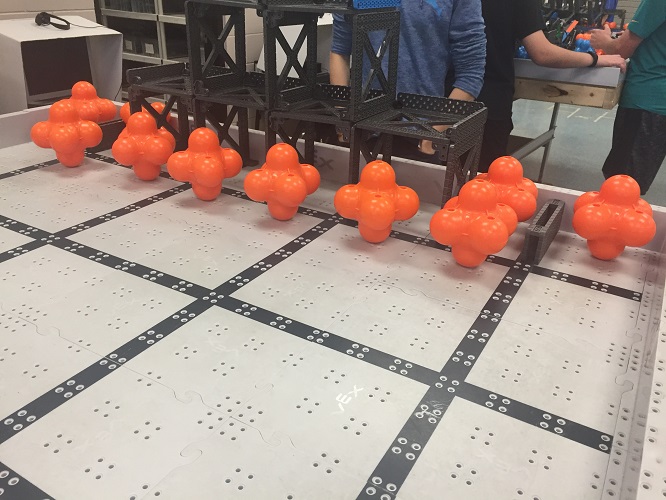 I definitely would not plan on it. They may not let anyone move anything, they certainly aren’t required to.

The placement shown in the picture is not how the hexballs are set in the rules, and would require extra time every time your team competes. I highly doubt they will be allowed to do this.

That would make them much easier to pick up, like you can off of the fence… But easier is not better, it’s a “challenge” after all!