We’ve all had our share of building accidents. I once build a robotic arm that smashed the cortex in half and could launch nuts across the room, all by accident. What stupid stuff have you guys built?

Gear the front two wheels for speed in a 6:1 ratio, and not gearing the rear wheel at all. Keep in mind it was 1 motor per wheel with legacy.
And I was confused why my motors stopped working…

Edit: if you notice my word choice…“wheels” and “wheel” are not typos. No…I actually took a 3 wheeled robot to competition. 3 wheels…

if you notice my word choice…“wheels” and “wheel” are not typos. No…I actually took a 3 wheeled robot to competition. 3 wheels…

“Ummm, you guys know your bot only has-“
“ITS SUPPOSED TO BE LIKE THAT!”

Toward the end we also decided to raise the rear wheel to climb the platforms, but since we didnt have a long enough axle, the whole thing was only supported on one side. So we had this clown car that would tip at the slightest bump.
(Also the motor wasn’t powerful enough to climb the platform but that’s something else)

the very first thing I ever built was supposed to be a lift for starstruck, but I built the entire thing from sprockets and 1x bars. it self imploded when I tried to run it. 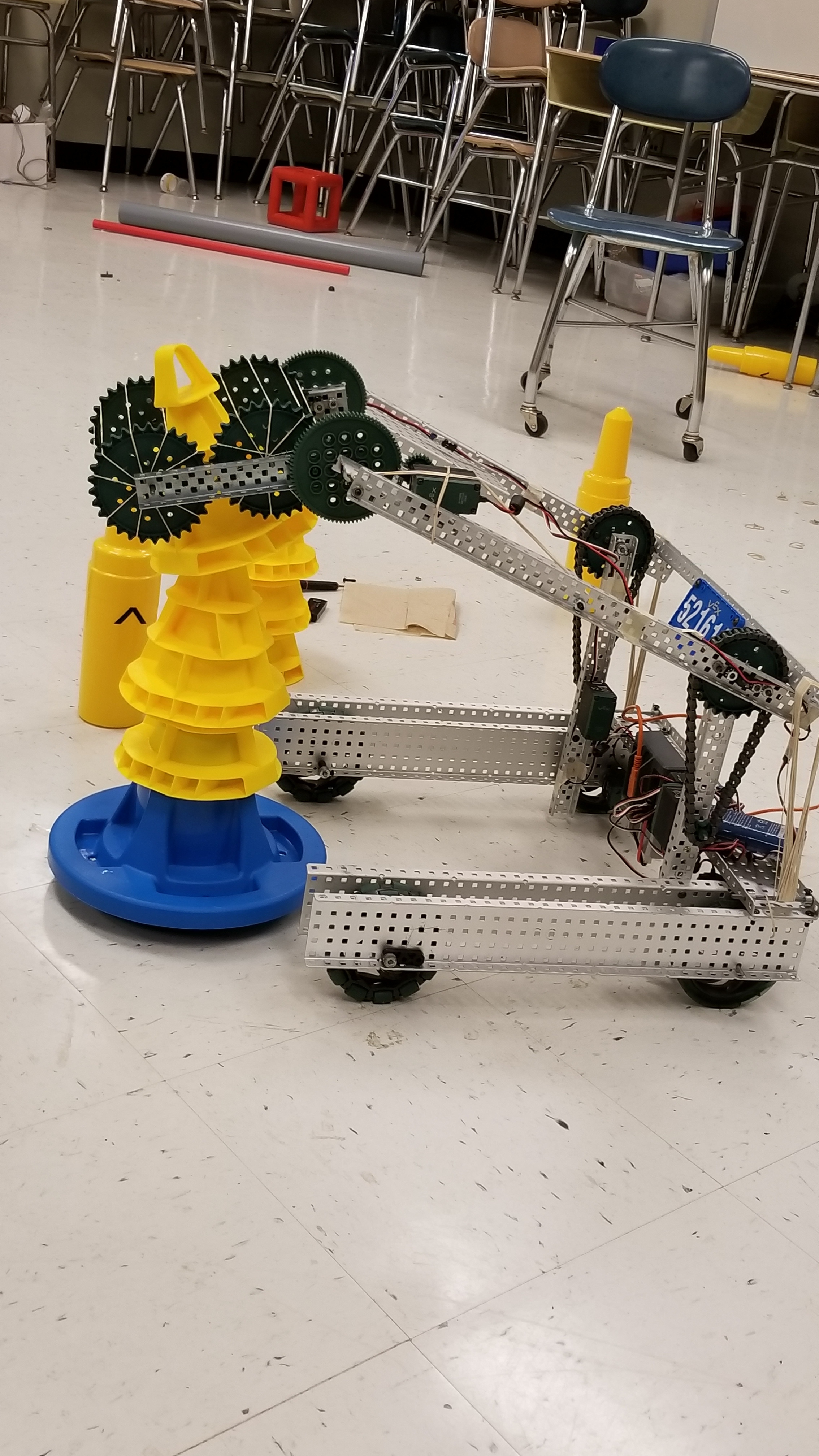 My first year was ITZ, and my team with no vex experience and not much help managed to build a scissor lift. We don’t talk about that robot. We like to pretend like that robot never existed. We used plastic gears instead of the metal ones and they would always snap and our lift was half steel and half aluminium. The thing barely went up! Not to mention we did not use flat bearings on any part of the robot. Just thinking about that robot makes me want to cringe.

My first year was starstruck and we really liked the idea of a forklift, but we couldn’t figure out to put it on our already really messed up clawbot so we just connected it with a bendy 1x5 steel bar. We did this in November, but our 8th grade minds couldn’t for the life of them figure out why our forks would bend all the way to the ground every time we lifted it off the ground.

We got to the quarterfinals that year

Using VEX Chain that was stretched out just a hair using a specialized tool and now does not work on any teams robots so $100 worth of chain was scrapped to stop the confusion.

Not plugging in the motor wires.

Last year during take-apart, we found a motor with the part you put the screws in (idk what it’s called) stuck THROUGH the c-channel hole. That was a beautiful day. @RNA @squiddy_slapper

My teammate did that.

My teammate did that.

What a wonderful world

We used 2 motors for a claw, one was torque one was turbo, you understand what happened next

during ITZ my team put a shaft encoder on a non-spinning axle and told me it was the sensor for the chainbar, we didn’t notice the mistake until the day before competition

Our first robot during ITZ had a cascade lift, but we built it off a 2D picture and we only built one side, and if it lifted too high it would snap in half. (This was our first year doing vex)