Could static be the cause of the problems? I seem to remember that was a problem last year.

Since my last post, we sprayed down the robot as well as the field with static guard. After this the robot worked perfectly fine for about a week. Eventually our left intake motor light started to blink and the motor did not work. So we sprayed down the robot again with static guard and switched the port, since the previous one stopped working. This change allowed the left intake to work again. Fast forward two days and the same problem occurred again. So we decided to do the same thing since we knew nothing better, switch the port and spray the robot and field down. It is today now, and it is our second match of the night. All starts off well until one of the wheels begins to spin continuously without the user controlling it to do so. With this mid match, we decide to turn off our controller, but interestingly the wheel kept going, for about 20 seconds after, slowing down eventually coming to a complete stop.

The code has not changed since the previous post, but as others have stated, it is not possible for code to directly effect hardware unless you really try to do so. But as of now idk. 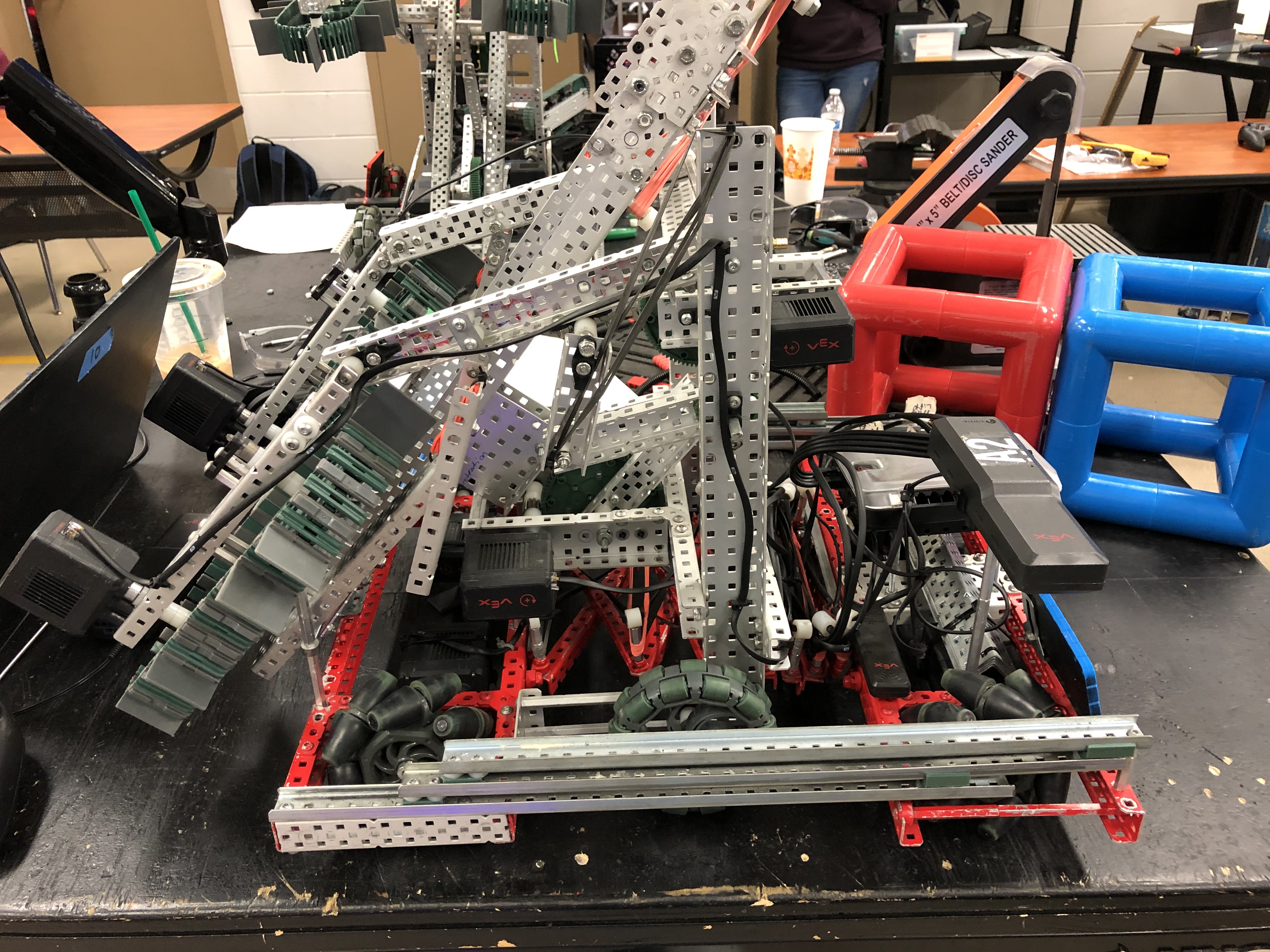 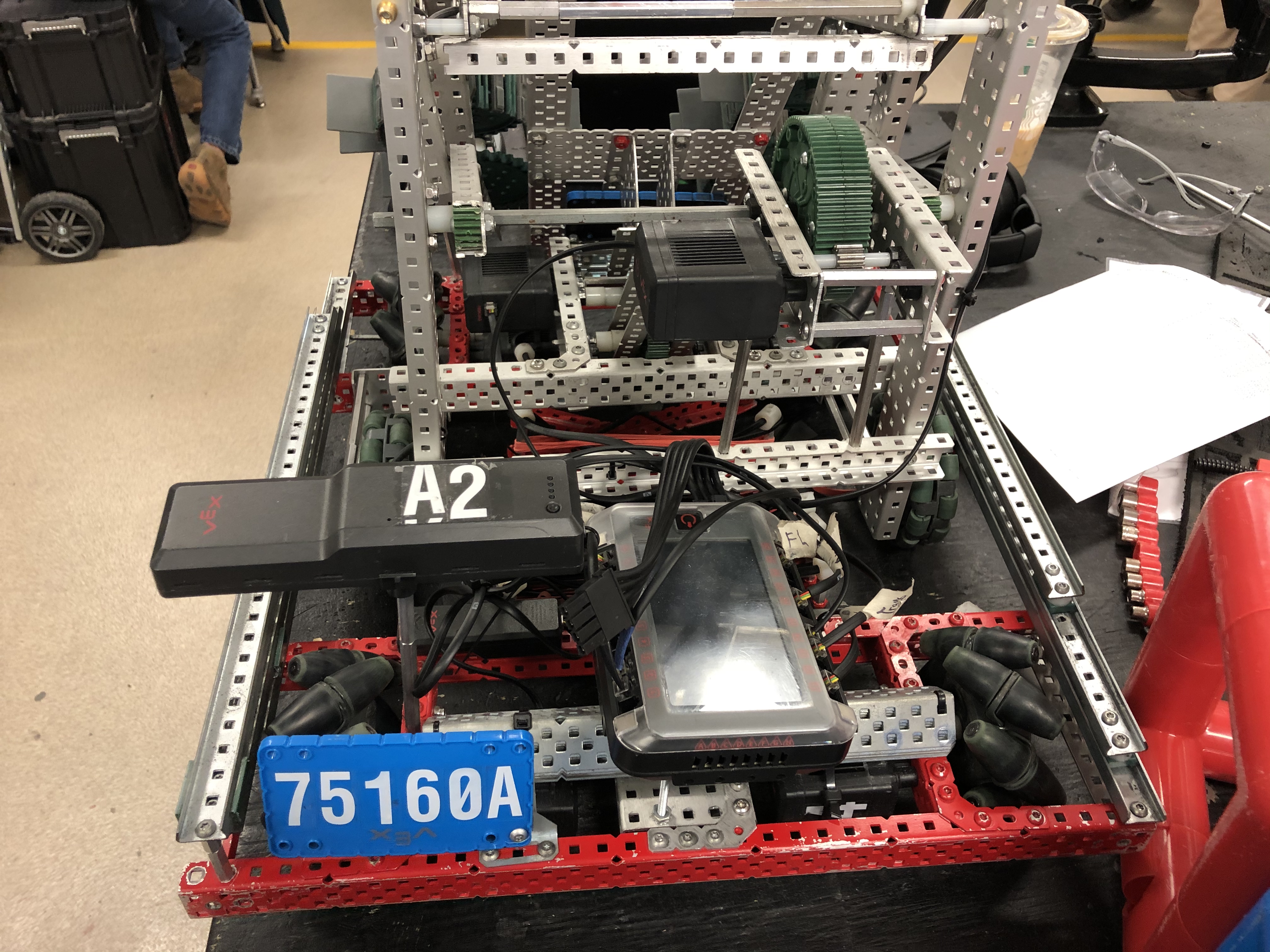 I will link a vid of the match tonight.

In the beginning of the clip the wheel began to spin and the driver is trying to control it, hence the awkward driving. Towards the end if you look closely, you will see one wheel spinning (without the control of our driver) and no other wheels spinning. The driver turned off the remote earlier on and it continued to spin for about 15 to 20 seconds after the fact.

This seems to be a persisting problem between all teams and their robots. In our recent competition, our team witnessed during a match that a team’s intake kept on going after driver control had ended. The issue wasn’t resolved even after turning off their controller. It was finally resolved when the battery supply was ended. As of today, OUR brain has quite a lot of fried ports. Sorry to say but this is also a mystery for us.

Just wondering, why do you have an extending chassis? It seems like this could make maneuvering around the field difficult and you could use anti-tips instead which will make your robot be more maneuverable and less prone to defense.

ports blowing seems to be a very random and unpredictable occurrence. which also makes it very hard to solve.
we have a very similar robot to our sister team. we got all our v5 stuff at the same time. we both use premade cables on everything except our intakes. our field has a lot of static during the winter months, you can’t move around at all without getting shocked. ever since winter began, we have had lots of port blowing issues. the only ports blowing were the ones on our intakes. we replace the cables in case they were damaged, used different ports, but it happened again. after 4 ports blowing we decided to not drive around on the field if we can help it. but our ports kept on degrading. they weren’t dying completely, but were flickering sporadically. today it got so bad that we just decided to replace our brain. hopefully things will be better this time. our sister team also has issues with static, but very different issues. they’ve never blown a port, despite driving and getting shocked on the field dozens of times almost every day. they do whitescreen very often however, makes it hard to practice driving for them when the robot dies every few minutes.

all I know is that I can’t wait to get our anti-static tiles.

Have you tested your cables? We bought a tester and tested all our cables. We have not blown a single port since we have been insuring the integrity of our cables. Static is probably not the single culprit.

do you have a link to this? it may be a good precaution to others that havent had this problem?
or do you just use a multimeter?

A good rj11 tester we use is this, very simple and easy to use

We had a problem like this and fried 6 ports the wheel would just uncontrollable spin then the port would stop working. We found out that it was because the motors that where burning out where torque and we had them set as Speed. That might not be the case for you but i suggest just checking that.