I wanted to experiment with omni wheels. After reading several posts, it appeared that the most interesting approach was to orient the wheels in an X pattern. I have now built XWing4Omni, and have written a program to demonstrate several of the possible movement patterns.

Please refer to the great graphics shown in:
Omni and Mecanum Wheels 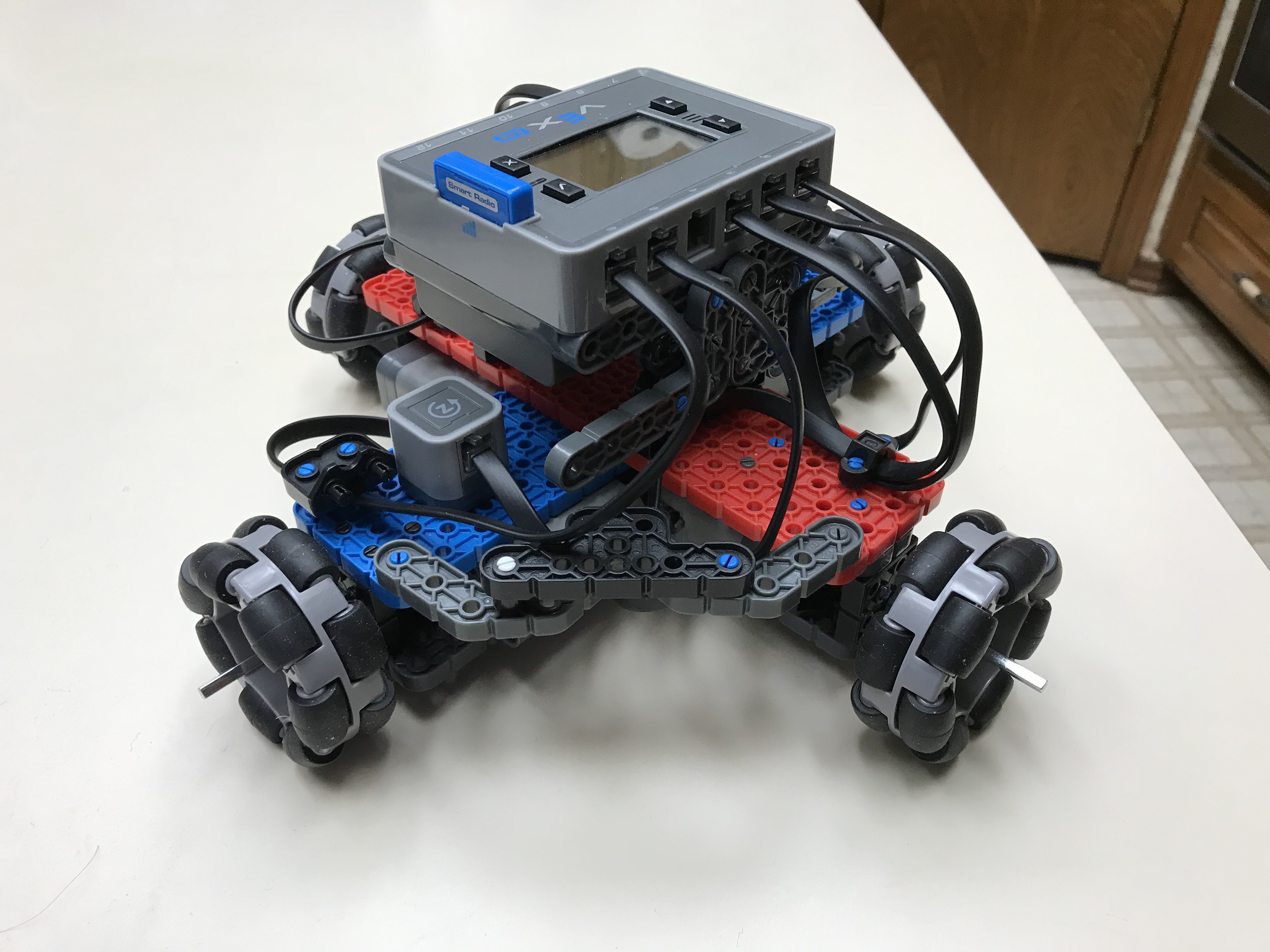 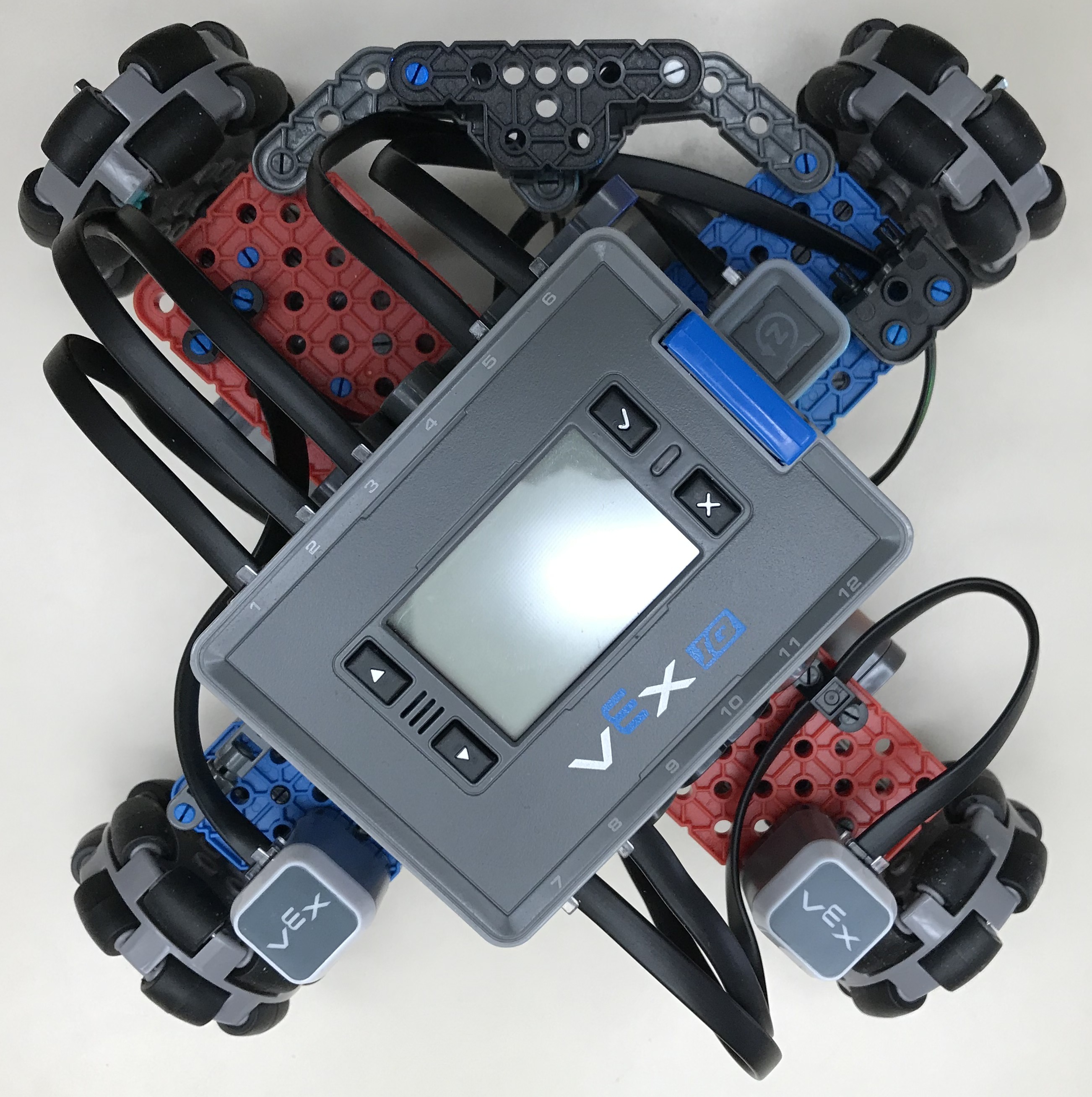 I have also attached a copy of the project:
XWing4OmniRev1.1.iqblocks (41.6 KB)

The program uses the up/down buttons to select 1 of 7 movement modes (8-10) are not used.
The left touch LED is used to select either forward(green) or backward(red) movement.
Use the check button to cause the bot to execute a short and slow movement.

The left joystick left/right would cause the bot to spin left or right.

I am pretty impressed with the precision and repeatability of the movements. If I move forward, then backward, I pretty much end up in the same spot. Not bad!

The program uses the up/down buttons to select 1 of 7 movement modes (8-10) are not used.

Just curious, what movement modes are there? Is the difference speed or something like that?

The movement modes include:

And more/different modes are possible, since each wheel can spin forward, reverse, or stop.

And yes, I suspect the bot moves at different speeds, depending on the mode. For example, it is quite good at spinning around. Not so fast at moving straight or strafing. It is pretty good at moving at a 45. The more wheels that are spinning the same direction, the faster it moves. It is fairly complex, which makes it interesting.

This is one of my favorite drive bases, it’s fast, super maneuverable and fun to watch people’s expressions when it drives. It’s one of those “that can’t work, how does that work” kind of moments.

Your base is much more elegant than mine, I just set motors at the edges of the big squares (they were part of the bridge from a few years ago). I use the biggest corner connector on the front and the rear motor bracket to keep it in place. It’s about a 10 min build.

Thanks Ernest for another cool build.

And yes, I suspect the bot moves at different speeds, depending on the mode.

Yes, this is an inherent property of x-drives. This page gives a good overview of why that is.

Time to rebuild my tower takeover bot after this design

I can adapt the design was what I was saying

Lots of holonomic drives exist for edr, this isn’t anything new.

^^^ tons of x-drives out there already. Doesn’t make much sense tho for tower takeover. X drives take up a lot of space, so making a cube tube x-drive is nearly impossible if you still want to fit two cubes in the large zone. X-drive trays are viable, but also pretty hard to fit. There’s also a loss in torque with this configuration.

Here is a video showing several of the ways the bot can move.

Oh wow that’s really cool
Was that an autonomous routine or a driver control?

The demo is run autonomously.