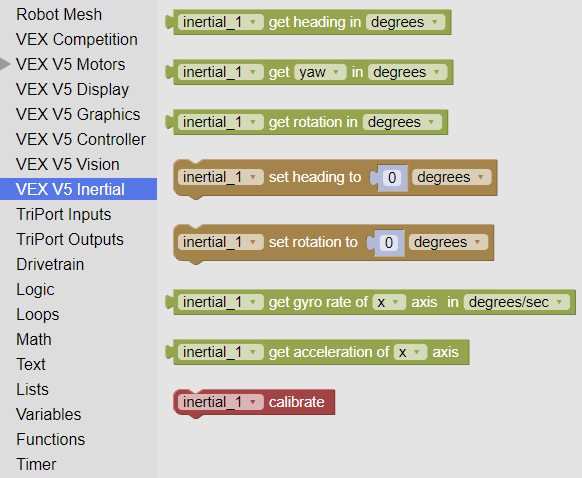 Give your robot a sense of direction! 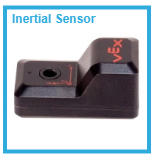 Awesome. And there is a Calibrate block too! Are there any release notes for this version? There are couple of fixes I am waiting for.

Are angle(), yaw(), orientation(orientationType.YAW) the same - from Python API? Are they 0-360 like heading() or absolute like rotation()? Why so many options for yaw, do they get calculated differently and/or have different potential uses?

Will there be a Mimic module available? Thanks.

The next offline update is not ready to go yet, but it will support the inertial sensor when it is. We’ve been making some big changes to how the offline version is produced which should result in it being much easier for us to keep it up to date when those changes are done, but they’re not quite done.

Are angle(), yaw(), orientation(orientationType.YAW) the same - from Python API?

yaw and orientation(orientationType.YAW) should produce the same result.

Neither. Pitch, roll, and yaw from the same-named methods as well as the returns from orientation are -180 to 180 degrees.

Why so many options for yaw, do they get calculated differently and/or have different potential uses?

The choice between heading and yaw is mostly programmer preference. The absolute reading has some potential uses, but I can’t think of any that are relevant to most competition robots.

Will there be a Mimic module available? Thanks.

There will be, yes. We wanted to get the code for the physical device out the door as soon as we could, though, which is why this release did not include the Mimic version.

I noticed that this was from back in December. Is there an offline mode for the V5 inertial sensor yet? The programmer for our middle school team is currently using Python but not the block coding. He is using line coding. This is his first year. The team made it to worlds and is wanting to up their game.

Any suggestions would be greatly appreciated.