In previous seasons, starting with Turning Point, specific data from matches were able to be viewed in VEX VIA. This can be seen in the photo below. 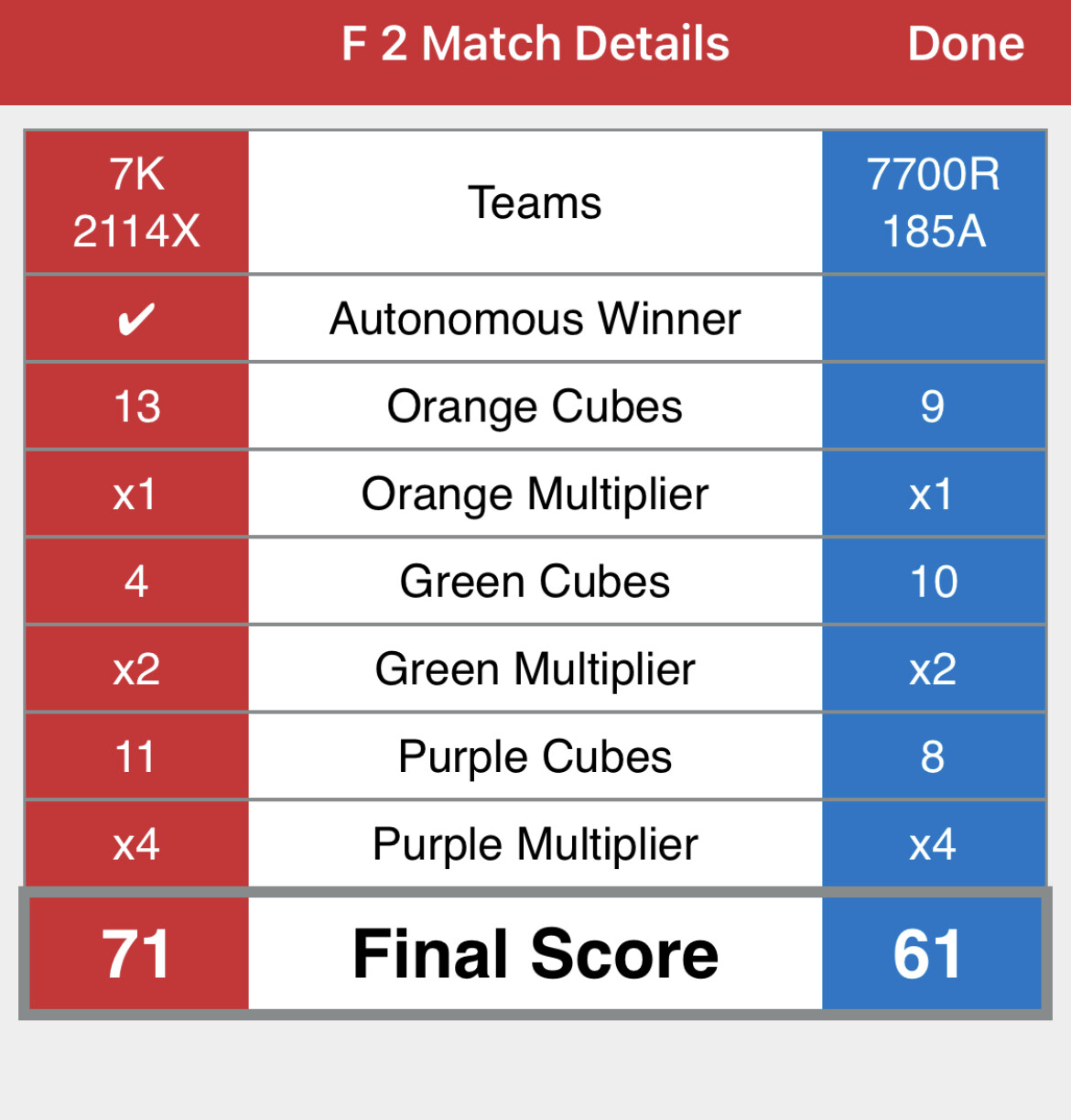 This match data was helpful for my team as we were able to strategize against our opponents by swing what color cubes they tended to favor. We were disheartened when we saw this data was not available for Change Up matches (as seen by the gif below). We would’ve liked to use this data in our scouting sheets to see which teams were the best in our region (esp helpful for teams we didn’t play against).

My question is: will the ability to view this match data return for Tipping Point? I think it will be useful as teams could see if their opponents are adept at balancing and scoring rings. This will be increasingly helpful for teams in larger regions where they won’t go to every competition (and where not every competition will be live-streamed).
@Dave_Flowerday @Mike_Soukup