I have several students who are writing very simple code. After they run the program it will start and then the code will stop. They are all running two motors on a lift. The program will lift and then the program just stops and does not run the rest of the program. Here is the code. 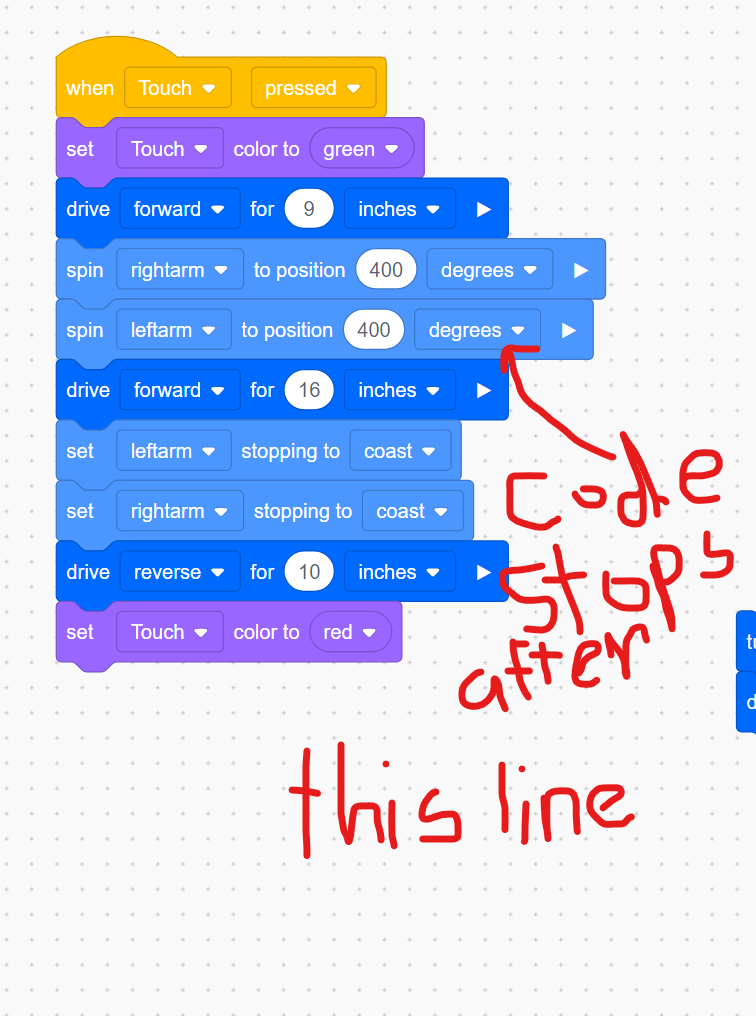 Without setting a timeout for the left arm motor, it will block the entire rest of the program until it reaches 400 degrees.

You can select the arrow on the right side of the block to expand “and don’t wait” to make the movement occur without “blocking” the program’s execution.

How to Use Waiting or Non-waiting Blocks to Control Program Flow - VEXcode IQ...

Ok, we have tried using the " and don’t wait" and it will work some of the time, but not always. This program doesn’t seem to have an issue when I want to move just one motor. But have have 4 teams that are all having the same issue when trying to move an arm with two motors. Here is the different code from a different student. 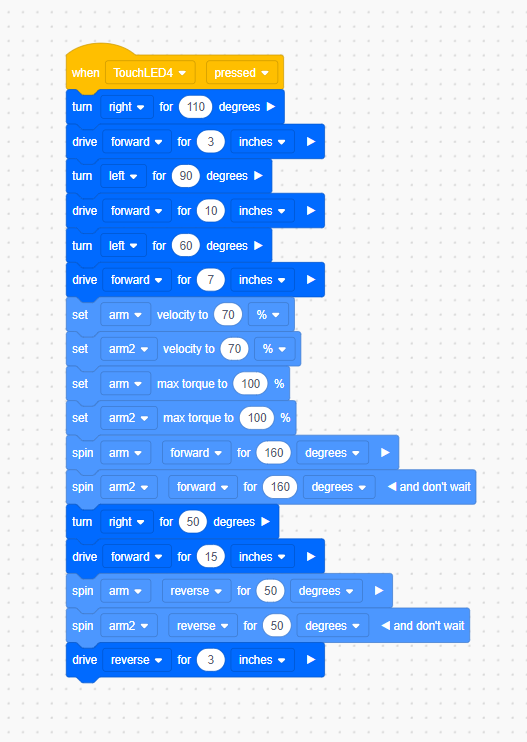 We have tried to use the “time out block” but it will not allow to hold the arm up even when we use it with the “stopping to hold”. I have put these blocks in the same order that that vexblocks have in their help files.

Hmmm… just a thought. Do the arms reach their maximum or final destination? Such as raising an arm all the way up to its highest point?