I know in the RECF’s doc here https://www.roboticseducation.org/documents/2020/10/timeline-of-live-remote-tournaments.pdf/ they say Oct 30 tech specs will be released on live streamed tournaments… but I’m sure many of y’all already have webcam setups in your robotics rooms and I’d love to see the setups to get inspired.

Does anyone have some pictures you can share of your webcam/live-stream setup? I’d prefer to do something that’s not just a large tripod mounted on a table. Our field is already raised so we’d need to really rig something up.

Bonus points if you include info on what type of webcam you plan to use for live remote tournaments and how you’d recommend it.

I know I am in IQ but I think u can use a Ipad, tablet, or a phone to live stream it, just need a pod holder to mount the device and maybe that should do it

For the skills tournament, my team used a school iPad that was 7 feet away and raised 7 feet (borrowed a tripod from a media arts teacher) We also had an iPad that wasn’t stationary so we could move it around the field.

We have a webcam that we put on the wall. 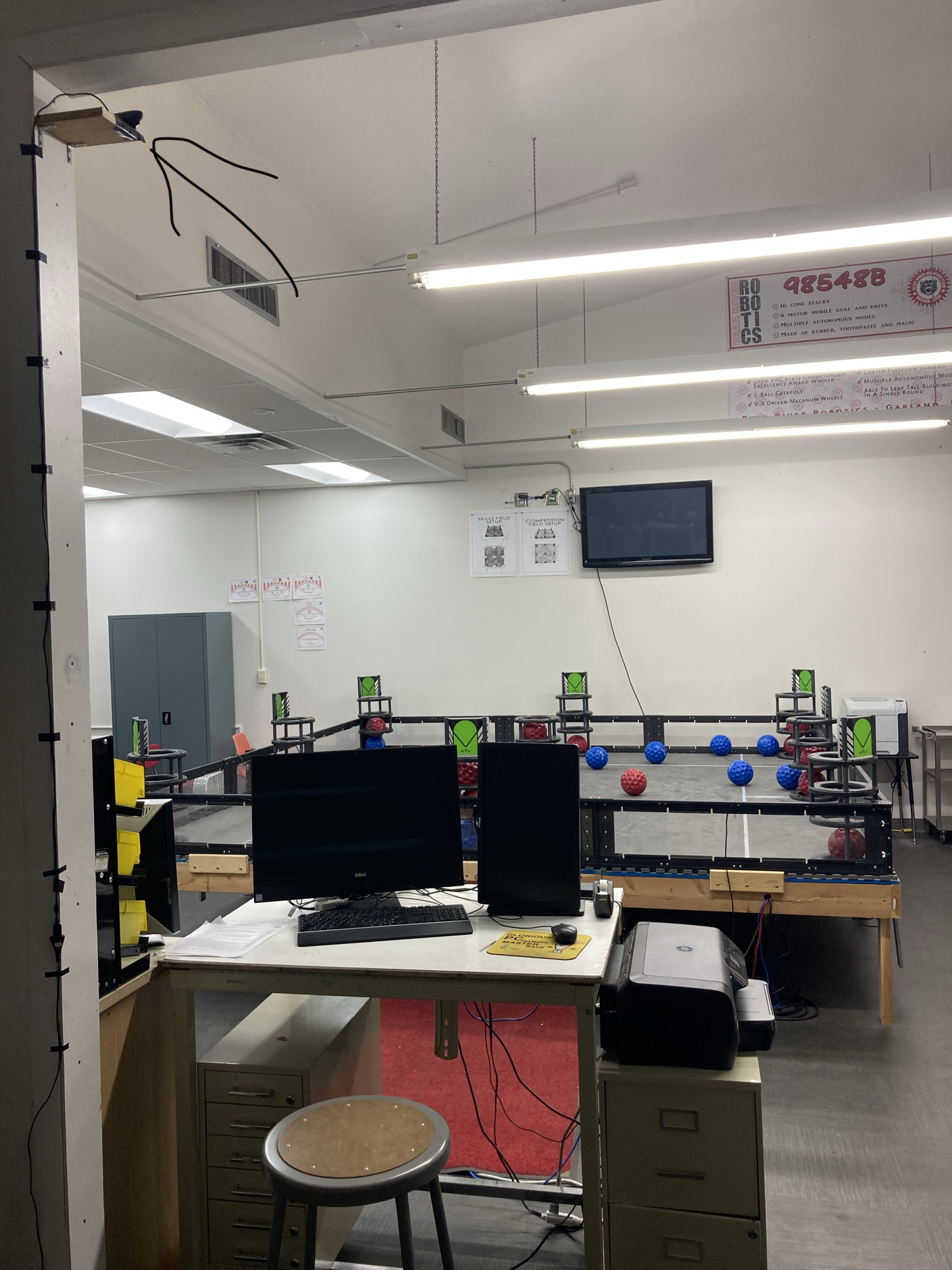 After some trial an error I use this setup for match tournament video:

Webcam: I use logitech c930, which is the wider field of view version of the c920 which is the best selling camera. I tried 2 different cheap no-name webcams, one was a generic version of this and the other was a 4k with better specs, but in practice their picture was far worse. It seems that optics quality is more important than resolution and specs when you are trying to show the entire field. Also, after being on for a few hours the cheaper ones would start running hot and get laggy, one of them slowed the frame rate down a ridiculous amount, the other would just intermittently shut down.

USB extension cables: These turned out to be just as important as the webcam. Again I started with cheap stuff and these also contributed to lower resolution and low frame rates, especially over time. I again tried 3 different ones until I found this one that worked well: https://www.amazon.com/gp/product/B07MC95QY9/ref=ppx_yo_dt_b_search_asin_title?ie=UTF8&psc=1

Tripod: I mount the cameras on 10’ light stands. I tried 7’ at first and it really wasnt high enough because of the angles, and people walking in front of it blocked the view. But if your field is elevated, you will really need 13’ stands like this

If your space is tight (like a low ceiling garage, etc.) you can try this 120 degree field of view cam linked below. The Logitech c920 has about 72 degrees and the c930 mentioned above has about 90 degrees, a very good lens and an underrated 3Mp sensor. All our tests show that it is a 30fps camera (don’t buy it just for the 60fps hype) but resolution is indeed HD - 2Mp sensor - and the image is good quality and not yellow/orange like with the other 120 fov cam that is very popular on the internet, Spedal 920 Pro. Also, some of those Spedal cams come with a mirrored image that needs to be flipped, there is no software, no drivers. We tried to get used to it, but the orange hue was just too much. All this experimentation got us to spend more money on these webcams than we intended to, hope this prevents unnecessary expenses lol. Like most ultra wide angles, focus is manual via a rotating ring. 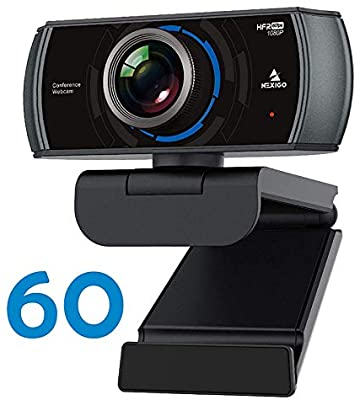