What is the funniest thing that has happened at a VEX competition?

What is the funniest thing that has happened at a comp? It can involve anyone or anything that you found hilarious. Please be civil

this video I found earlier today was funny 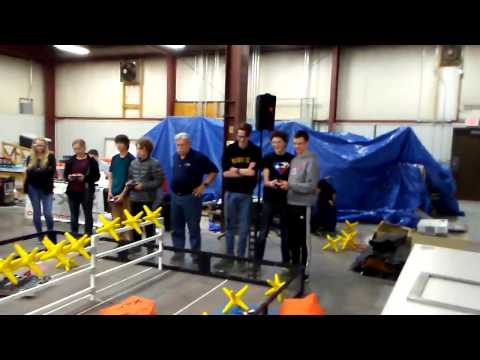 More cool than funny, but this happened a couple of months ago in China

At the 2022 U.S. Open, our Coach wanted us to do the Mega Alliance Challenge because he said it would be fun. After being denied many times and scrambling to find a team, we landed on one that we had no clue who they were. We still thought it would be fun so we went the first challenge and realized it was very boring. I was with the driver in line while the others were doing other much more interesting things. After the first challenge we decided to try and ditch our alliance, so while their back way turned, we just grabbed our robot and ran. We thought we had lost them, but they later walked up to our stand and told us it was time. We, not wanting to be impolite, went with them. It was also very boring. We ditched them again, and when they came back, we REALLY didn’t want to play, so we called our friend from our sister team to do it for us. They were not even the driver of their own robot. We taught them how to drive and they did the rest of it. While they were announcing the winners of the challenge, we weren’t really paying attention. We heard our name be called out. We had won the entire thing. Our driver and I had to stand on the mini stage very confused at what was happening. We won the Mega Alliance Challenge while trying to avoid all the people and gave our robot to another person to do it for us. Our coach ended up putting our friends name on the trophy with us because they technically won it for us. It was weird.