I extracted and exported a section of the cube from Tower Takeover if anyone wants to 3D print it. Enjoy! 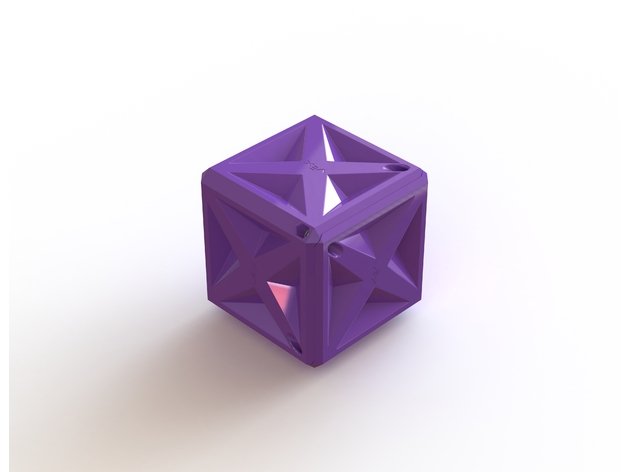 This is a cube from the official 2019-2020 VEX Robotics Competition Game "Tower Takeover" The cube is not my design. I simply extracted it from the field file and exported a section of it as an STL file. Enjoy!!

Here is a simplified solid version of a full cube if anyone prefers. 18 hour print on my Lulzbot Mini. We’ll see if it turns out! This is a simplified version of the cube for the 2019-2020 VEX Robotics Competition Game Tower Takeover. I derived it from the CAD files supplied by VEX Robotics. Originals can be found here: https://link.vex.com/docs/vrc-tower-takeover/FieldCAD

What’s the difference between these two?

Which is a more realistic representation of the actual game pieces?

I would assume the hollow two parts one, its cheaper and usually now other pieces similar to it like in vex IQ have been done in the past

yeah, the manual says the cubes are hollow so if you’re wanting as much like the real cubes as possible go with the hollow ones.

Actually, you get the mass of the real ones and then match it. You can play with your infill and wall thickness parameters to get a close match using either technique.

I posted a second version of the file to my Thingiverse thing. It is a simplified one I built from scratch. I had some problems printing the one I created with the official CAD models. 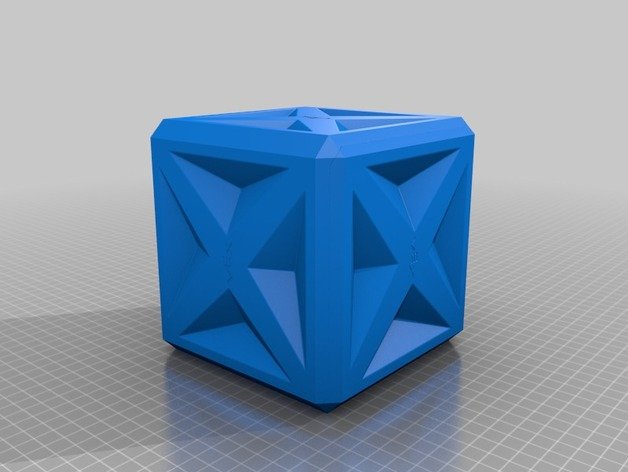 These are simplified versions of the cube for the 2019-2020 VEX Robotics Competition Game Tower Takeover. There are two files. The vrc_cube.stl is what I derived from the CAD files supplied by VEX Robotics. Originals can be found here:...

Is this second version solid or hollow? Thanks so much for doing this!

Is this second version solid or hollow?

It is modeled as a solid shape.

If any of you did manage to finish a 3D print of the Tower Takeover cube (life-sized or miniature), I would love to see how it turned out!

I was going to print it, but on the lowest infill settings it uses up 25 hours and a roll and a half of filament from my printer, so nope! I’ll just wait for my pieces.

You could make them out of cardboard and hot glue. 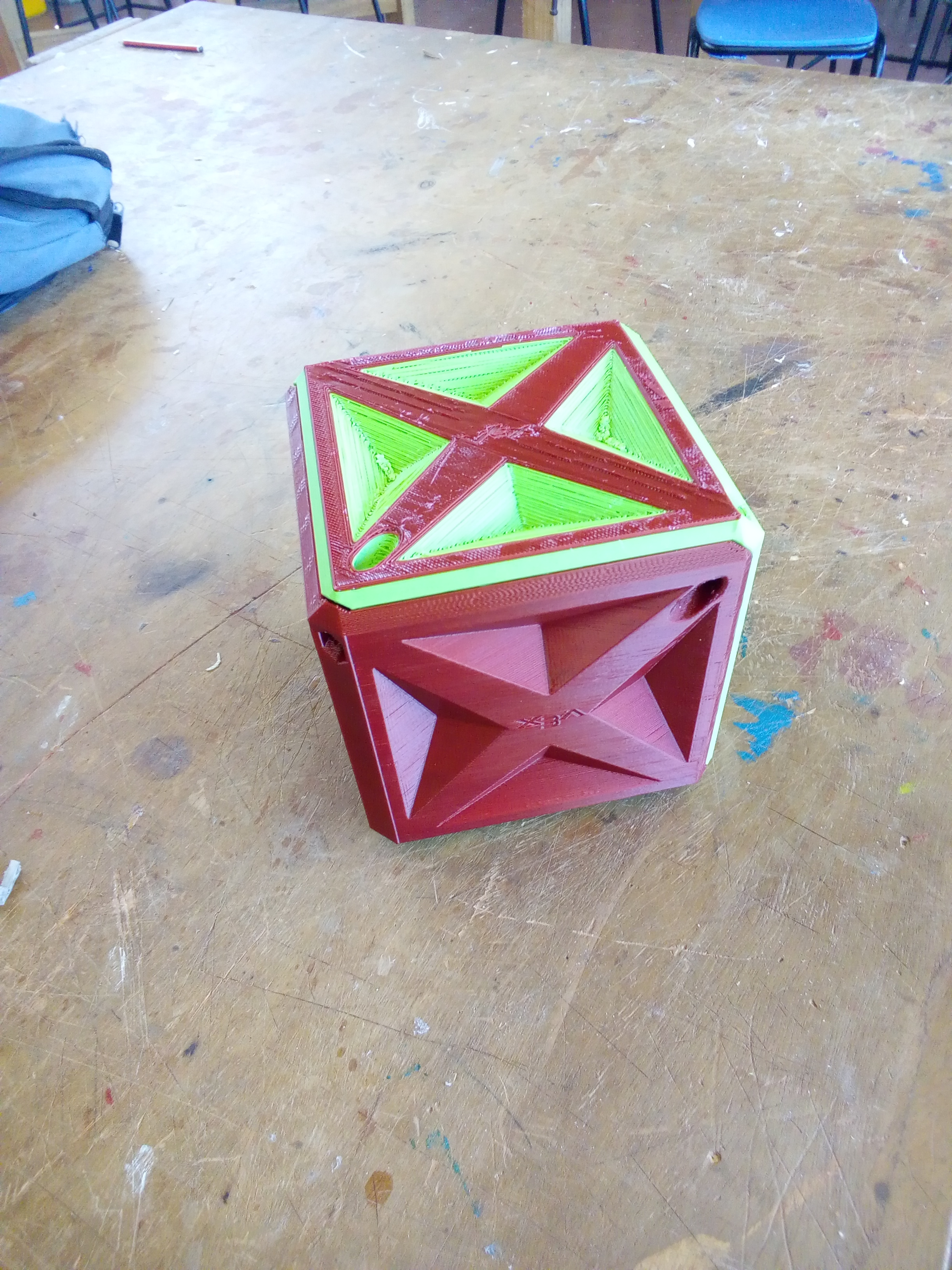 @matthewb Is that full scale? Also, did you print with/out supports? Any tips for printing this cube that you could suggest? Thanks!!

Yup full size. Our mentor put the print on so I’m not entirely sure but I don’t think there was any support material (maybe some in the triangular dimples on the bottom). I’ll check with him tomorrow but afaik it was pretty standard. Thanks for putting the model on thingiverse btw!

So apparently it got printed on very low resolution (3.25 somethings?) which messed up the holes that lock the two halves together. They needed to be drilled out to connect. The hex holes that the nuts are supposed to fit in also bulged slightly and make them difficult to insert. So if you’re going to print it, go for a fairly high density.
A small amount of support material was used on the bottom side of the cube to support the inset triangular bits.

@AidenPyle @nnolte: Thank you for posting the models.
Printed halfs 15 hours each. Have to leave printer unattended - very paranoid about B*BOD (big [insert color here] blob of death) last one destroyed the whole extruder assembly. Not sure if this orange matches the official one. 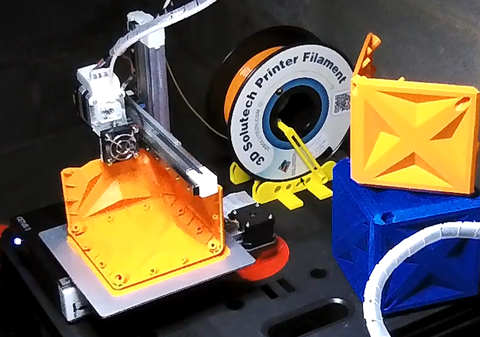 I’ve had a crack at it too
Mine has the logo, and the insets have the same dimensions as the original. 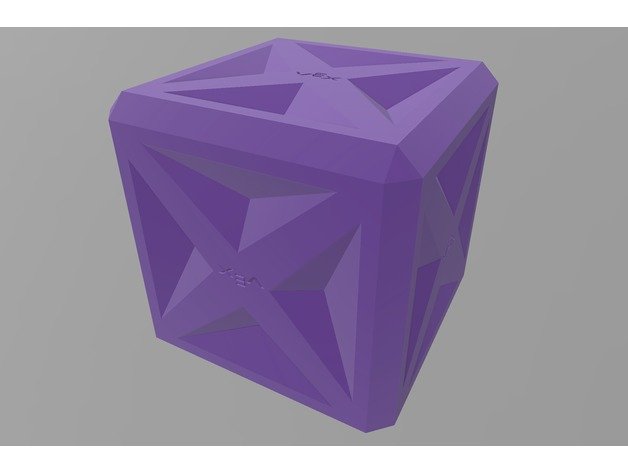 Vex released the files to the Vex Tower Takeover cube. However, the files were parts designed for injection molding, and were both tedious and difficult to print and assemble. Using the official model, I made this one, which is fully accurate to the...