Similar to my similar thread from Turning Point, this is a thread for discussing the best VEX organizations in your region, both in their performance on the field, and in their impact within their communities and around the world. 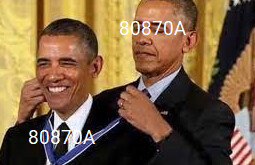 But anyway in all seriousness, we have one final tournament on Friday, and the winner of the Excellence Award and Robot Skills Champion gets an invite straight to Worlds. We are feeling pretty confident :D, wish us luck, please.
Here is our robot: 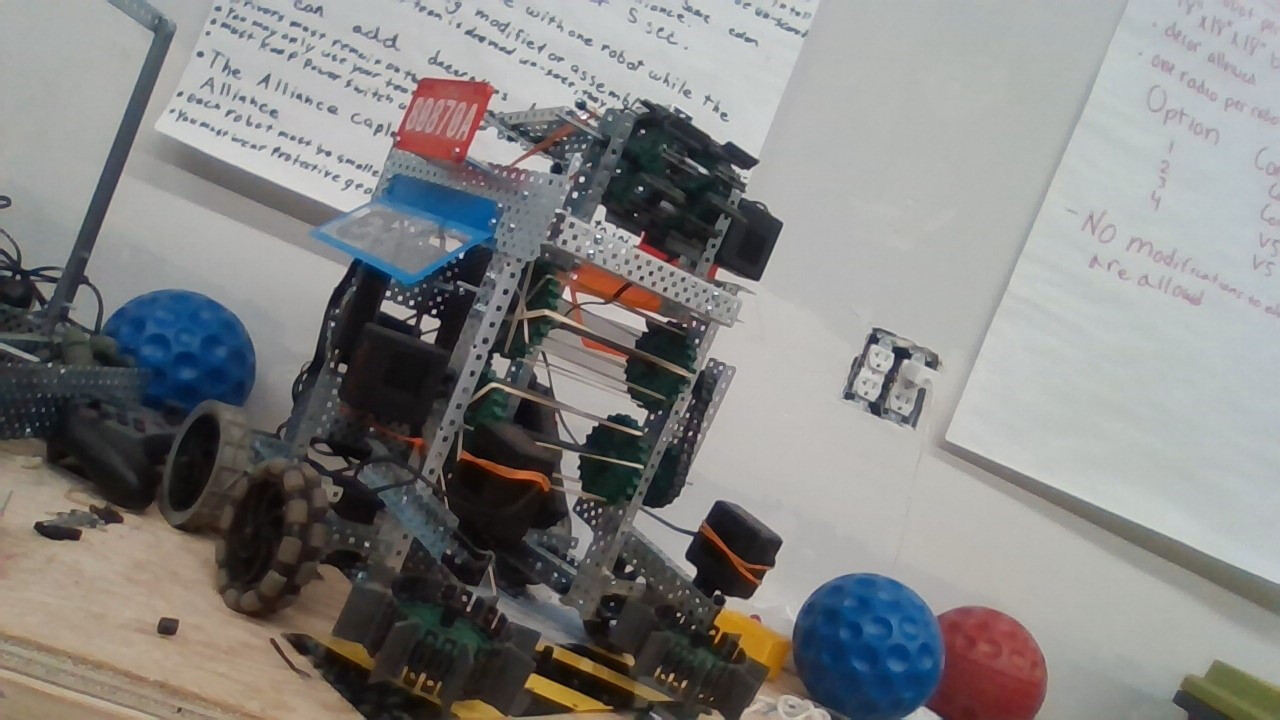 But anyway in all seriousness, we have one final tournament on Friday, and the winner of the Excellence Award and Robot Skills Champion gets an invite straight to Worlds

Wait wait what? Arizona is a region, and we already had our State Championships. What tournament are you talking about?

Sorry because there isn’t a lot of tournaments this season in Northern Arizona, I developed the strange habit of calling Northern Arizona its own region.
Here is the link to the tournament I am talking about:
https://www.robotevents.com/robot-competitions/vex-robotics-competition/RE-VRC-21-3934.html#teams

Oh interesting, I wasn’t aware of that.

Is there a reason that you didn’t compete in the proper State Championships as well? I think you could have done well.

Well I don’t want to talk about the specifications, but most of the team’s veteran members got sick early on, so we couldn’t really compete. Because of this sickness, we weren’t able to fully guide the “rookies” of the team, which resulted in a loss at our first tournament.

77788 (Cyber Eagles, Calvary Christian Academy):
Consistently qualifies almost all of their teams for States (the exceptions were their rookie season and a team who shut down midseason last year), and has sent at least one team to Worlds every year since their 2nd season. 77788Y won Excellence at States in Turning Point and Tower Takeover, and the Design Award this year. 77788Y and 77788G won States this year, and would’ve won in Tower Takeover if it wasn’t for a chain breaking in the quarterfinals.

4154 (U.S.S.R., NSU University School):
4154A won almost every tournament in Miami from fall 2014 to spring 2017, and they’ve continued to do well in the years since then (especially with their notebook). This year 4154X and 4154Z became two of the top teams in South Florida, with 4154X being #1 in OPR and CCWM at States and making the semifinals (losing only to the eventual tournament champions 77788G/Y), and both teams making it to the Finals at the two local tournaments they attended (and winning one of them).

4330 (Ransom Everglades Upper School):
4330 has always provided a lot of volunteers (including the Tournament Manager operator for many events as well as their coach Robert DuBard helping out a lot with most events in South and Southwest Florida), and this year they had their best season since Nothing But Net, qualifying all 5 of their teams for States and sending 3 of them to Worlds. 4330M won Excellence, 4330X was the #1 seed (and won the Think Award), and they both made the semifinals where they were defeated by 77788H and 4330P. [Edited to correct 4330X award.]

7121 (Maverick Robotics, Archbishop McCarthy HS):
Qualified at least one team to Worlds every year except Skyrise and this year, and even this year, two of their teams were on the 5th seeded alliance at States, and in Skyrise one of them made it to semifinals. 7121E won States 3 years in a row (ITZ, Turning Point, and Tower Takeover), and in Tower Takeover Maverick qualified 4 of their 6 teams to Worlds. Members and parents from their team have also volunteered at a lot of tournaments (especially for the Broward County Public Schools program), and they usually host a tournament every year themselves, too (except this year).

11342 (Explorer 1/2/3/4, Christopher Columbus HS):
Their school couldn’t compete this year due to COVID, but 11342A was one of the best teams in the state in Tower Takeover, and frequently won the Excellence Award based on their superb notebook and consistent high performance, eventually winning the South Florida State Championship along with the Amaze Award. They also did very well in Turning Point, especially in the early season (they were the 1st seed at their first 3 tournaments of the season, and won 2 of them), and made it to semifinals at States that year. 11342A graduated last year, and I think the last remaining member of 11342B graduated this year, but hopefully next year Columbus can return and continue their excellent performance with their new students.

94 (Community School of Naples):
Their coach and several volunteers from their school are heavily involved in running tournaments in Southwest Florida, and this year they also hosted the Regional Championship for South Florida, and did an excellent job. Their teams didn’t perform as well on the field this year as they did last year, but 94G qualified for Worlds with the Innovate Award by virtue of their excellent notebook and design process, and last year 94X came one spot away from qualifying for Worlds with their Skills score from September. They also have two of the best middle school teams in the state, 594M and 594A.

10101 (Megazord/Dragonzord, Immokalee HS):
Their coach is the referee and/or emcee for every event in Southwest Florida, including the South Florida regional Championship this year. Immokalee was the first successful team in Southwest Florida, with both teams qualifying for Worlds through Skills in Starstruck in their first year competing, and 10101R ranking 16th in their division at Worlds. They also dominated the early season during In The Zone, with 10101R and 10101F both winning the first tournament of the season, 10101R also winning the second one, and 10101R and 10101F both making the Finals at the third tournament.

2660/18906 (Sharks Robotics, Gulf Coast High School):
This year 18906S (who will become 2660X next year) made one of the most impressive year-to-year improvements I can remember, going from an average-or-below team in previous years to being the Robot Skills Champion at the South Florida State Championship this year, with the 2nd-highest OPR and CCWM at the tournament, and making it to the semifinals before losing to the eventual Regional Champions. Their team captain has done an excellent job at helping his team become one of the best in Florida, and also with helping revive the activity of the main Discord server for VEX teams from Florida. Their current team members have one year left, and after that, I predict the interest they’re drawing from other students will help attract good team members to continue their success in future years.

48180 (SPAM, Jensen Beach High School):
Most famous for making the Round Robin at Worlds during In The Zone (they were the first Florida team to do so). The students that year were all seniors and started doing VEX in January after previously being on the school’s FRC team. SPAM has continued to make it to the State Championship on a regular basis, including this year when they came a few spits away from making it to Worlds on Skills.

59 (RAMTECH, Miami Coral Park Senior High School):
Qualified 59A and 59B for Worlds in Tower Takeover, and qualified 59B to States this year but were unable to compete (likely due to COVID).

6293 (CROCS, Pinecrest Preparatory Middle-High School):
Qualified 6293A and 6293B to Worlds last year, and qualified 6293B to States this year despite not getting the chance to compete at an in-person event until States. They also won the Inspire Award at States for their perseverance despite having more intense COVID limitations than the other teams at States. 6293A and B both had excellent notebooks in Tower Takeover as well, and 6293A won the first tournament of the season with 11342A.

this is a thread for discussing the best VEX organizations in your region, both in their performance on the field, and in their impact within their communities and around the world.

RECF Regional Support Manager network meets this criteria - tip of the hat to all the RSM who spend endless hours supporting local teams, schools, EP, … new, seasoned, and “3l1t3”. In many industries you hear about “last mile”, “first line”, and “customer facing” organizations, in this case RSM are what binds many of us locally across so many of the VEX related STEM programs and beyond (or above with RAD!). Hands down enabling our need to be “Inspired one robot at a time”.

This season, the ability to pivot with the ever changing situation globally, it is clear the RSM performance is at highest ever and their positive impact has been felt globally in communities everywhere.

Texas Region 4
It’s gotta be 29560X and 11495B. These teams have been going back and fourth all season long.
For Texas VEXU, we are a little weak right now, but it has to be SPARK, I also think I put a decent showing under RISE1 for a single competition. I’d say we’re about even performance wise.

seriously though cerulean is the best team and nobody else should even be in the same breath. as for organization with the biggest impact, id have to say the ausTIN CANs simply because the vast majority of events in the region have 2158 behind the scenes somewhere and we’re otherwise just big and old.

legend says that the ausTIN CANs are responsible for the creation of the rubber band roller, but Robert graduated many years ago, so that may be a tall tale. legends that are easier to confirm also say we are responsible for several weird events involving chairs on various roofs.

seriously though cerulean is the best team and nobody else should even be in the same breath.

11495B can hold their own pretty well against Cerulean. Honestly a couple points through the season I’d say they would have an edge. The showing at regionals in the finals match against showed how close it is. Currently I believe Cerulean has an edge, but it’s closer than you make it out to be.

i think CU is holding Cerulean back. They are a tough team to beat. 2158U has handed them plenty of Ls, just as 11495B has (even together at some points), and they were not easy matches.

i think CU is holding Cerulean back. They are a tough team to beat. 2158U has handed them plenty of Ls, just as 11495B has (even together at some points), and they were not easy matches.

Honestly I think CU accommodates to his skill set. Even in IQ they’ve never focused on programming much, and that pattern continued into VRC right now. They always focused driver more than anything. And this game requires very little for a decent auton, and is hugely driver centric.