Can you use string as an expansion to touch the tiles at the end of the game?

It will be something like this with something heavy attached to the string. The string will be able to unravel with help from the motor and the robot can start to move as the string is covering the tiles. 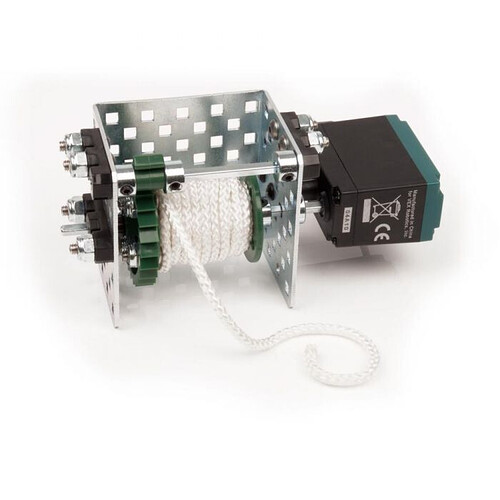 Is there any rule against it? Is it an unnecessary risk of entanglement? Are there any other topics already discussing this? I think you should be able to figure this out yourself.

So far I haven’t seen anything barring this. There’s some risk of entanglement

The questions is: does laying rope down in the last 10 seconds count as an unnecessary risk. I think it might. Laying it on the ground seems like a pretty safe trategy though.

I worry about it getting sucked into somebody’s intake - but the intakes probably wont touch the ground.

Alternatives that can’t get sucked up might be better - some folks have mentioned chain, tank tread, and non-stick mat. But none of them could pack as much distance in such a compact space.

Edit: Looking at <R4.b> I think string is probably too much of a risk to other robots.

Alright, just for outrageous ideas, what about a giant wall bot with a little baby robot. At the last 10 seconds, you lay down the wallbot and your baby bot drives around and lets out string. It can’t pose a risk of entanglement, since the other robots can’t reach it. But you would have to keep the other robots out of your area where you lay down your wall.

Do you think that you could bypass the possible entanglement rule to by expanding the string on your side of the field were no robots would be interfere?

Alright, just for outrageous ideas, what about a giant wall bot with a little baby robot.

There are many examples of successful “tether bots”, where it is two small robots that fit together in one space, and separate in the match. But the closest to what you are thinking about is this:

This is the reveal for the wallbot we brought to Worlds. As far as we know, this is the largest robot in VEX history. Sadly we do not have any footage of it, but you can check out the livestream archives from worlds if you’d like to see. Our final match was Q195 in the Engineering division. Pictures are here: https://www.flickr.com/photos/123583170@N08/sets/72157644089099400/ [image] [image] This robot was built in about tw…

To stay on topic with the thread, you may also want to consider that string would be really annoying to have to wind up every match.

What about G12.d? It seems like as long as you are not intentionally getting entangled it should be fine right?

So the question should be if tether bots are legal in Spin Up?

string would be really annoying to have to wind up every match.

Imagine: four robots, each equipped with 50 spring-loaded “string cannons” all spewing 200 pieces of string all over the field. After the referees spend the next 20 minutes trying to figure out which tile every piece of string landed on, the four competitors have to recover their robots and reload all their “string-cannons” 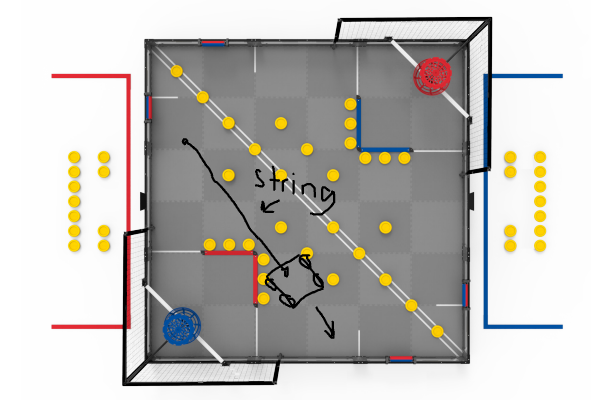 So the question should be if tether bots are legal in Spin Up?

Well, they are legal… they just can’t deploy until the last 10 seconds.

Is this a prediction for worlds finals?

Just imagine someone driving out into the middle of the field for the last 10 seconds, they hit a button on their controller to spin up a spool of string. There are multiple stands of string that have small weights tied to the ends. The spinning spool creates enough centrifugal force to spread out each string all around the field, easily covering double digits of tiles. Someday I hope that robot is mine.

Somehow I don’t see how this will not get entangled in literally every other robot, including your own

I envision a move like Spider-Man in the end, spewing webs everywhere

I will ask my teams to colour code their strings.

See, this is why I like coming to the forum. I hadn’t caught that. You’re absolutely right, but this feels like the sort of thing you’re gonna want to bring printed out with you to the field - especially in early tournaments.

I still think a head referree may require you not to use or to disable/remove a mechanism that repeatedly causes damage to other robots.

What about G12.d? It seems like as long as you are not intentionally getting entangled it should be fine right?

But what about ... dangerous mechanisms may still be considered a violation ...? You don’t think the Head Ref will say, “Look at that tangled mess, so dangerous, DQ.”

That’s a good point, but I get the feeling that the GDC made this rule with the intent of letting people have expansion mechanisms that may entangle. There will likely need to be a Q&A on this topic to clarify whether they meant to allow mechanisms that may pose a small risk, but it seems like it should be allowed as long as the mechanism isn’t intentionally destroying robots.