I just looked over the official Q&A, and the adults who have a problem with the GDC is is a little mind boggling…

The GDC has made it clear with ruling #392. This question was posted in October and was answered sometime in November. I posted the question in response to the idea from a student in this thread… <RSC5> loophole. I’m not proud to post this as I was one of the adults initially whining about this rule

, but I think I’m over it by now. I never thought about pitching a different case to the GDC. The above post provides a clear timeline of how this went down.

One thing that I did not do, and we should not do, is harass the GDC about the ruling.

At my count there are currently 9 questions on the official Q&A, roughly 10% of the total questions, that are simply complaining about the ruling. There are a number of other clarifying questions that I filtered out… These ones are all just whining!

I love listening to adults argue that the sun revolves around the earth, but it simply doesn’t! Get over it! Stop wasting your time and energy. It’s not going to change.

And, at the end of the day, it is the correct ruling.

And good luck at states everybody!!!

I agree. The questions that are rehashing the same idea is ridiculous. It’s Q&A folks, for clarifying the rules, not the place for adult feedback on the rules. It’s not a court of law.

But what if instead of rehashing the same question, we rephrase it?

Maybe, instead of posting a question, it’s OK to simply post a statement about my goals for my team.

Oh, well if you are going to rephrase it… perhaps tap into your inner Yoda…

Moving cubes by hand the path to the dark side it is. Use the force you must…

At least make it a little more interesting for me to read through it. Though the ones that sound like they are arguing before the Supreme Court are entertaining

Is the ‘loophole’ Student-Centered?

My answer to this is that I encourage students to look for their own “out of the box” solutions.

(at what point will my posts be marked as Spam?) – found the answer. 3 consecutive replies.

For what it’s worth, the way I heard it is that the GDC thinks that the “loophole” won’t be a factor for the teams with the highest scores. They believe it will be quicker for the best teams to score without using the “loophole”.

Besides that, there are a lot of negatives to changing a rule (closing a loophole) mid-season, especially a rule that affects ease of scoring in skills matches.

I just hope they shelve the idea for future seasons. The GDC is a smart crew they can find better ways to add depth to the game for emerging teams.

Especially with the expanded field coming, they should be able intelligently add depth, without having the students physically moving game objects anywhere on the field.

This season is cemented, but it’d be a real disappointment to see it become a regular rule by the GDC.

I agree with all your points. My concern is that, at least as it has been explained to me, the games are 2-3 years out? It might not be possible at this point to significantly change the next game, maybe the next 2.

On the other hand, it seems like a parking bonus could be incorporated into most games fairly easily. Parking areas could have been added to Squared Away, e.g. on the short wall of the field between the 2 corner goals. The only required changes would have been to the PDF and the scoring software.

If they want to express their discontent with the ruling, the Q&A is not the place to do it. As in the name, its a Q&A. You ask questions, they get answered. I don’t understand what they think the GDC is going to do. The rules are there, and they aren’t going to change.

they should be able intelligently add depth, without having the students physically moving game objects anywhere on the field.

This is just one of many small things that gets tweaked every year.

These are all arbitrary rules that can be changed to adjust the difficulty of the challenge.

Last year, teams could only carry one object. This year, they are not limited. WHY?

After initial disappointment with the rule, I have come to see your point. I imagine there are some new coaches every year who are surprised to see teams resetting the robot during programming skills. Actually, I think as late as September or October there were still people asking about robot size and not realizing that was different this year. There’s one story here or on FB of a Ref removing a scoring object a robot did have controlled when it was being reset and removing it from the field. The knowledge that these things can change is just an advantage experienced coaches and teams have over newer organizations. We should all very carefully read the rules.

That said, I think the GDC failed in 2 places that should have been very predictable, and then once it was asked took them too long to answer in the Q&A. First, the definition of controlled in RSC5-b. Second, clarifying G9 in relation to placing game elements in non scored positions. In particular what’s intentional and what’s accidental in moving game elements not in control of the robot.

Good news about < RSC5 >:
Nobody cares about it any more. 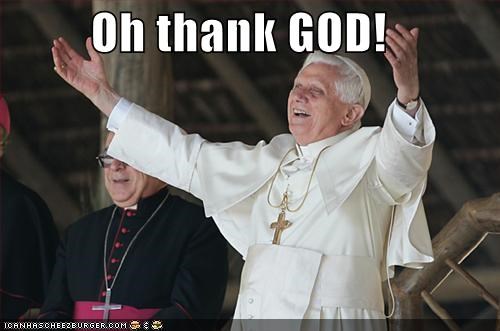 Good news about < RSC5 >:
Nobody cares about it any more.

Agreed, if they keep it out of future games.

~ Guess I have to be excessively clear: Referring to the more recent incarnation of RSC5 that allowed the placement of game objects anywhere on the field.

Agreed, if they keep it out of future games.

I assume RSC5 will continue to exist, as it has for many years. The question is what to do with object the robot is carrying (controlling) during the reset.

When we go back to them being removed from the field if in contact with the robot, folks will be upset because “we could have scored it last year”!

In the end I think the take away is - everyone should read ALL the rules closely to find any nuances year to year.

I also think if G9 had been made clearer in relation to RSC5(b) earlier then we’d have seen some other strategies . Strategies that accounted for the risk of a DQ for nudging a game element.

I also think if G9 had been made clearer in relation to RSC5(b) earlier then we’d have seen some other strategies . Strategies that accounted for the risk of a DQ for nudging a game element.

I agree. We could have worked out the kinks in October instead of at states!