has anyone ran across some info about next years game

I’ve heard the Game Design Committee has been working on something special ever since Worlds moved to Kentucky. It takes about three years for the games to make it through full design, prototyping, production sampling, and a commercial bid-and-proposal phase for pricing out the game objects. So announcing 2017 for the 2017-18 game fits that schedule perfectly.

It’s been really hush-hush, but either somebody is whispering, or (more likely) somebody working at the KY Expo center got their hands on preliminary design and pricing info. From documents that were in the burn barrel; supposed to picked up by DocuShred. I say this, because I find it hard to believe anybody involved would leak internal meeting notes on purpose. The leadership of RECF in general and the GDC in particular seems far too disciplined for that.

And there’s this odd coincidence: A friend visiting from DC recognized a picture on my laptop when I was browsing the RECF website. This friend works as a contractor for IARPA . She was pretty darn sure that the picture she saw showed the same person who had “business meetings” with one of her clients–a small group of scientists and beaurocrats assembled as DTRA, one of the more obscure intelligence agencies. Put that together with the recurring rumors about the RECF connection to Israeli intellegence, and the possiblity the RECF expansion money came from the CIA’s own venture capital firm, In-Q-Tel…suffice it to say, these people probably don’t leak documents.

Also, it wouldn’t be the first time this kind of document theft had happened. A few years ago, information from documents that were used in an internal meeting at the National Farm Machinery Show made their rounds. It was a bit of a black eye for both the seed company working on the crop development and the farm implement maker designing the harvester, and the project has been tied up in litigation ever since. The product they were working on together required special harvesting techniques to avoid bruising and eventual spoilage; that’s why the implement-maker was involved. The plant used higly altered plant genetics, which is why the seed company was involved. But they did it in a clever way that avoided the GMO label. The seed company contracted with a bovine genetics expert in Japanese Kobe (Wagyu) production to create for them a set of embryos using in-vitro fertilization. Ater growing the embryos to a particular state, they meticulously hand-sorted cells to build a collection of muscle and fat. They processed these cells to harvest their DNA, which they injected into mice. They coaxed some hungry mosquitos into ingesting the DNA-laden mouse blood. Then–here’s the kicker–they fed the mosquitos to a particular variety of North Carolina Venus Flytrap, and zapped the plant with long doses of harsh UV. The UV light damaged the plant cells, some of which took in the mouse blood. And its foreign payload. The variety of flytrap they had chosen develops particularly large tubers for nutrient storage. But now, instead of just sugars and starches, the plant also makes (and the tubers also store) a small percentage of Waygu beef muscle and fat cells. They had developed the meat potato.

So, the development of this was revolutionary food was going along nicely until a worker pilfered documents out of the “to be shredded” barrel at the National Farm Machinery Show, probably to sell them. And guess where the show was held? The Kentucky Expo Center.

And that’s probably how word is getting out about next year’s game, intended to honor the host state’s heritage. The field objects they’ve tested are a collection of small hills and breakaway “barnsides.” Additionally, the field is bisected by a set of ramps separated by a short gap. I’m not sure what the game’s actual name is going to be. But the working name, I understand, is either “Whiskey Run” or “Bootleg Bandits”.

I have a friend in the distillery trade who’s trying to get a line on this, based on a peculiar contract from a Texas company. Apparently, in early fall of 2016 three of the cooperidges (barrel makers, in case you were unaware) in the state were asked to bid on a contract to produce miniature barrels 12 inchs high. For delivery beginning with initial small shipments in March, with production ramping up through August, and then tapering off again.

Some of the requirements for the barrels were interesting. They were to have a very specific weight range. And exacting placement of the barrel bands. Bungs drilled in precisely the same place, plugged with a synthetic stopper. And no internal char, and no requirement of them being watertight.

So whatever these are for, they’re not going to put bourbon in them.

THE GDC does a pretty good job at keeping secrets. I remember before Nothing but Net was announced, there was a mention of tetrahedrons (triangular pyramids). So many teams were discussing how they were going to pick them up. Turns out the tetrahedrons were the pyramids of balls on the field. Personally, I prefer to wait to find out at the reveal, preferably in person because that means at least one of my teams has qualified for Worlds.

As someone who was in the know on Round Up for about a month prior to the world championship, please don’t ask these things. It’s against the spirit of the game and can potentially get people into really deep trouble.

Part of the fun of the world championship, in fact something that I personally most looked forward to is/was the new game reveal.

However speculation on the new water game is always quite fun, glad the GDC finally figured out a cheap way to modify the perimeter to be watertight.

Well we know it’s going to be a ball game. There is a VERY long trend of every other year involving balls as game objects.

The NBN balls float so they might reuse those…

It’s a ball game, and it’s going to have alliance versus alliance interaction. I’m guessing a parking bonus of some sort since that’s been missing from the games for a couple years now.

any ideas on a field set up

any ideas on a field set up

I said this before, but it’ll be whatever floats your boat, if you get my drift.

Yeah, this is a lot like opening your Christmas presents early. Its fun to guess what the game might be, but id hate it if there truly were leaks.

However speculation on the new water game is always quite fun, glad the GDC finally figured out a cheap way to modify the perimeter to be watertight.

How do we know it’s going to be a water game?

There haven’t been any leaks. 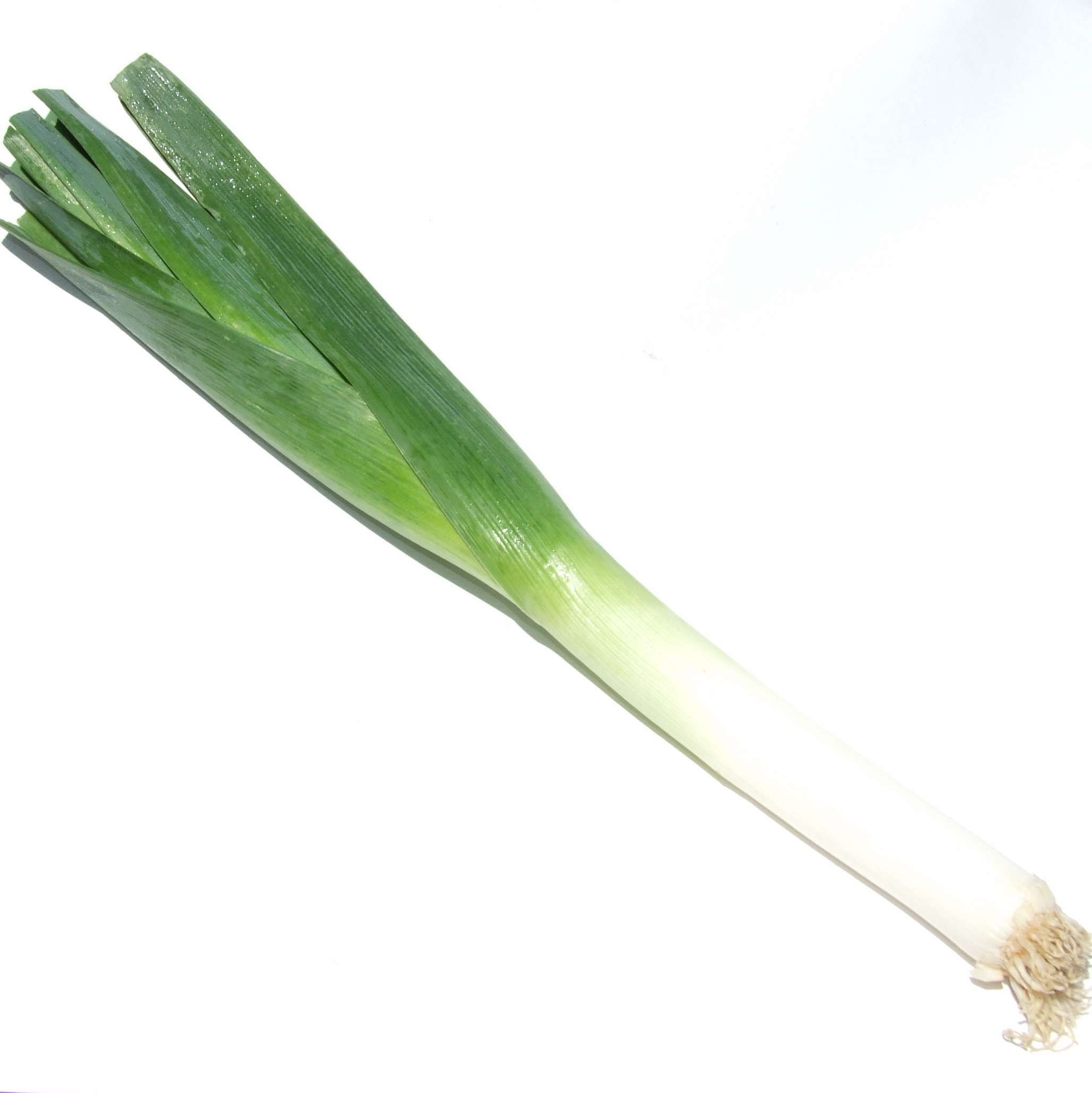 Skinny vertical goal was done in Toss Up, unless you’re talking EXTREMELY skinny.

I don’t understand, what would a combination of Skyrise and Nothing But Net look like?

Imagine Skyrise, but with an 18" height restriction.

Or better yet, Skyrise, but with a Toss Up style artificial height restriction.

I’d like to see a game where the scoring objects have to be properly oriented to fit in the goals.

I’d be shocked if they didn’t have NDAs for game releases.

With that said, I’m reasonably sure next year’s game won’t be one of mass storage or maximizing what you can carry like the last 2. I think we’re going to get a more precision based ball game.

I’d be shocked if they didn’t have NDAs for game releases.

With that said, I’m reasonably sure next year’s game won’t be one of mass storage or maximizing what you can carry like the last 2. I think we’re going to get a more precision based ball game.

Interesting, I’m thinking a precision-based game that does not have balls.

I’m guessing a parking bonus of some sort since that’s been missing from the games for a couple years now.

So, hanging from a pole or being lifted by your alliance partner aren’t “parking bonuses”?

It’s interesting how the game reaveal was moved from Friday night to Saturday night during finals.