For Rise Above, I would like to build a robot that lifts 3 risers at once with one power source (so it would be geared to torque) but then it would also be able to go back to the way it started to pick up another three very quickly (so it would also be geared to speed). I think a 2 Speed transmission would be the way to go for this problem, but I have no idea if it is possible and/or practical with vex IQ parts. What do you all think?

One of the first things that comes to mind for a system like this are slip gear driven mechanisms like catapults or punchers. They are moved slowly and with plenty of torque one way, and very fast passively (with no motors) the other way. For this particular design, gravity would suffice in place of ribber bands, although I’m not sure how you would make the slip gear without illegally modifying IQ parts. As for a transmission, not sure how you would go about implementing one. However, the risers don’t seem to be very heavy ,and you really only need to lift two, as you can keep the third one on the ground. With a two motor lift you could probably get pretty good speed and not have much of a problem with torque. I do really like the general concept and I think it could give you a nice competitive edge.

Here’s an illustration of what I meant by a slip gear kind of concept: 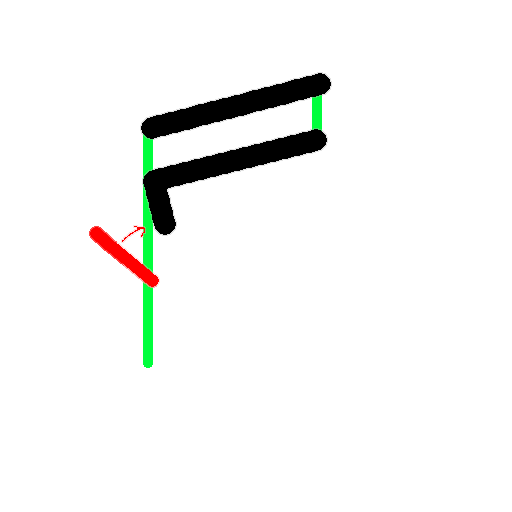 Hi, I’m going to assume you are using epicyclic gearing for your transmission. An alternate would be using the relative directions of your motors as a shifting, but that would be pretty terrible. Epicyclic gearing also has the nice advantage that it creates an infinitely variable transmission, which benefits acceleration time. The first epicyclic transmission I’ve seen in vex was all the way back in 2013, by Stanley Shi - so its certainly nothing new. [Vex Planetary 2 Speed Transmissi…

@Noah10851B, the best solution would be to gear your lift for speed and use rubber bands to pull it up. Then on the way down motors will pull rubber bands and on the way up both motors and rubber bands will work together.

Transmission is not practical for this task, especially in IQ where you are limited to unmodified parts.

@9935E, sorry to say, but you clearly do not understand applicability of @Kyle1’s transmission design. It doesn’t do two speeds - it is designed for continuous power sharing between two subsystems.

Thank you everyone for the suggestions so far.
I just wanted to add that this lift would not be a normal bar lift (4 bar, 6 bar, 1 bar etc.) be so it would be very hard if not impossible to rubber band for added power.

The video doesn’t seem to work.

Not impossible in the slightest. In fact I am confused where this is difficult.

Ok sorry. I didn’t want to have to say to much information about what the design would actually be, but since it looks like I have to: it would be a chain elevator lift. Do you have any idea how to rubber band that?

Oh sorry I read that wrong (Missed where it said “not”). In that case, my previous slip gear (slip bar?) idea won’t work. Not that I would ever recommend linear sliding lifts, but here’s a helpful video of an incredible cascade lift from ITZ. (Watch from timestamp) 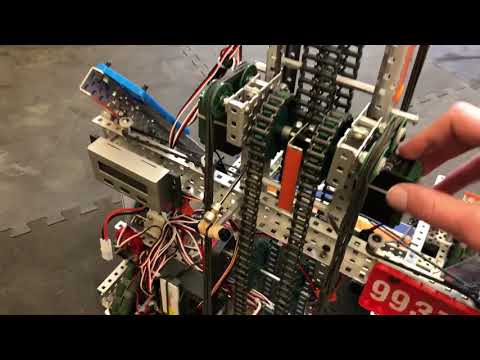 but I have no idea if it is possible and/or practical with vex IQ parts.

So… If you have three arms, each having a motor, that gives you three motors for your drivetrain. I am curious if you are planning on using only one motor to do all the lifting, what are you planning with the other 5?

Having a transmission will ultimately require some other power source. In VRC I saw a few that would use pneumatics to accomplish this task, but that’s not an option in IQ. There is the planetary gear set which I have played around with a little bit but I don’t understand it well enough to be helpful… But I do know that one motor will not suffice.

I suppose it would be possible to have it switch to one position with the arm(s) reach their top point and another position when they hit their bottom.

The problem that a transmission solves that that you want your motor to be able to be used in both high speed and high torque by changing the gear ratio. However, if you can accomplish your “high torque” task simply by slowing the motor then a transmission is unnecessary.

This reminds me of a little catapult that one of my first teams built for bank shot. It was really amazing how well it worked and they came in second at states!