My Hdrive is inconsistent

Hello, my Hdrive is inconsistent, due to the fact my mat and floor is kind of bumpy. So sometimes the horizontal wheel is to high so it won’t work, or it is two low making some of the wheels not touch the mat and therefore can’t drive properly. Do you guys have any solutions to this problem?

is there any spot in your area that is flat and smooth like a field? that will help it since like you said, the floor is the problem.

and pictures would help if it IS the drive base 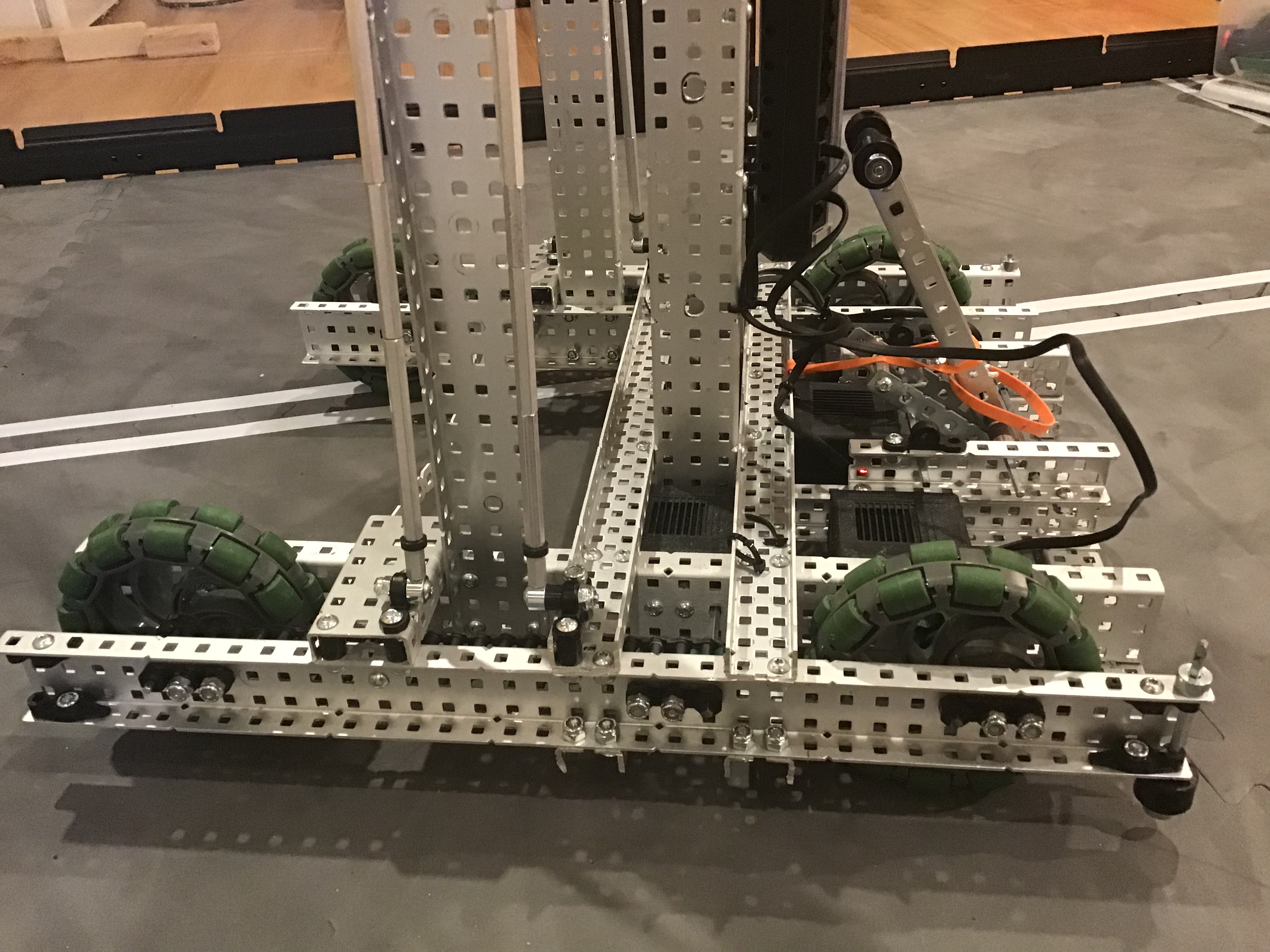 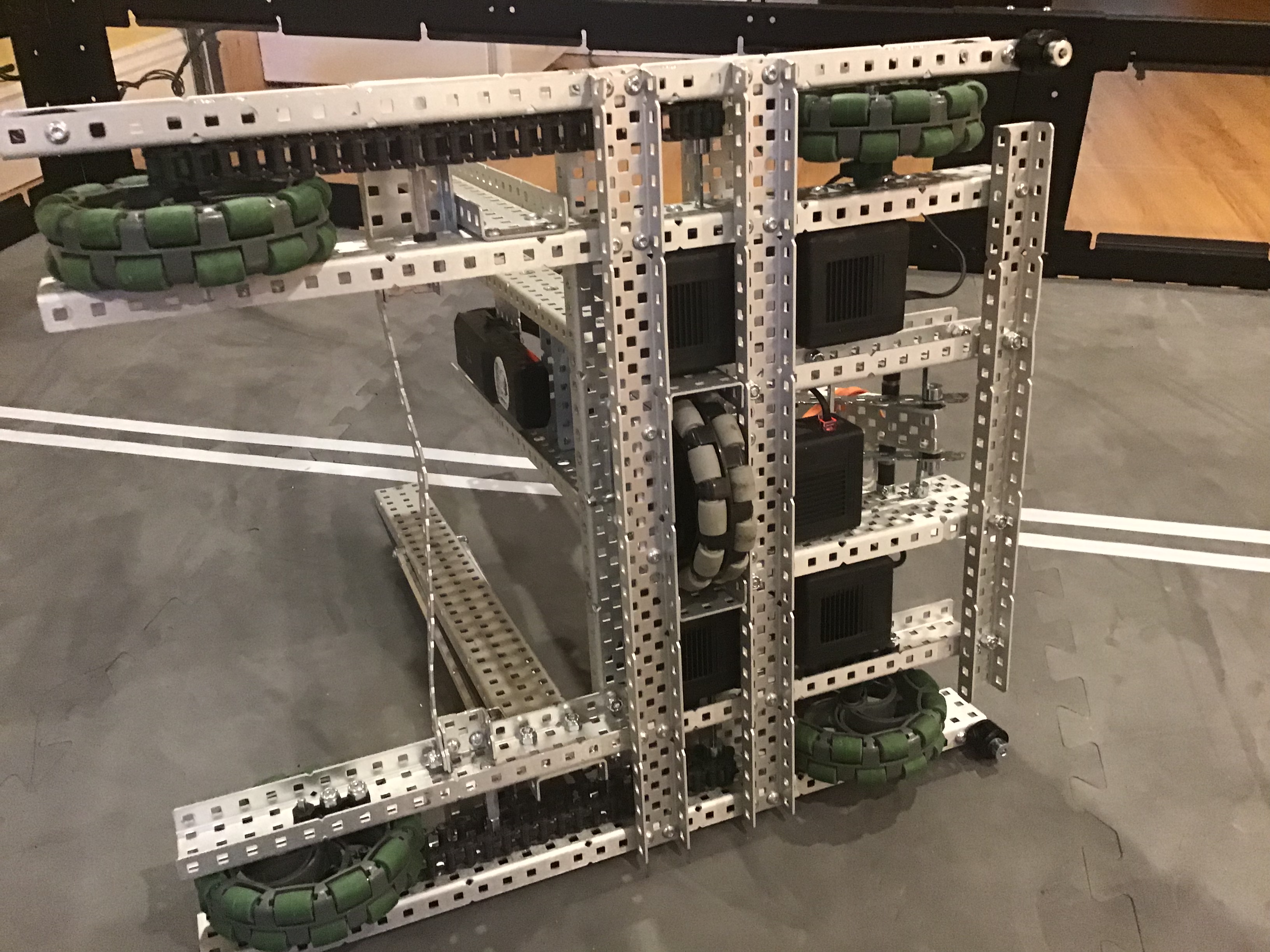 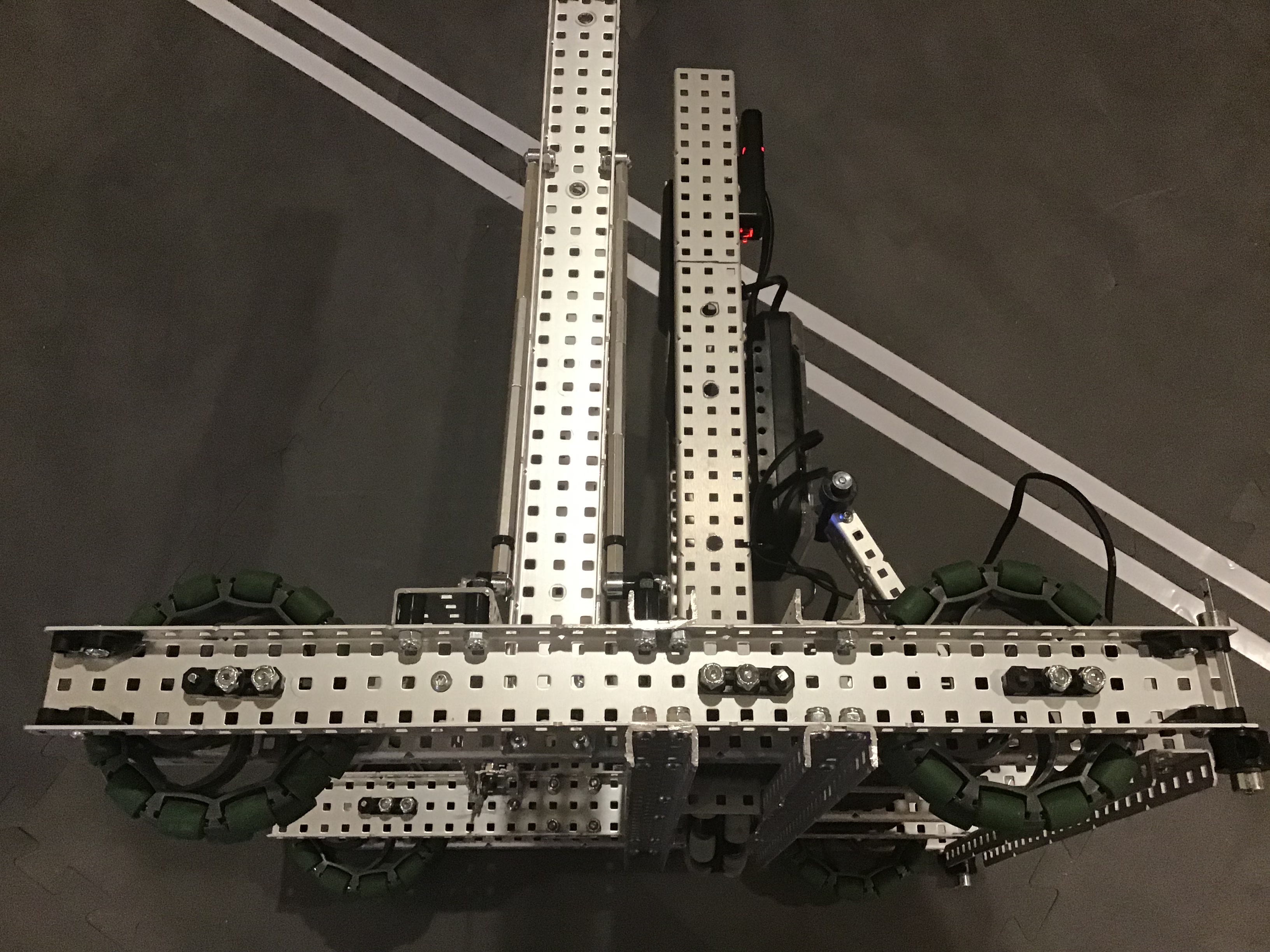 that looks pretty solid, is your strafing wheel at the right height though? I’ve heard you want that wheel to be slightly lower than the others so it’s always firmly on the tiles.

Oooo. That looks pretty nice. When we tried to build an H-Drive it was so heavy that it would take us forever to move 2 inches. What seems to be the problem? Moving fast and then slow? It is driving or autonomous? What kind of tiles are you using?

Won’t that lift the other wheels in the air?

Won’t that lift the other wheels in the air?

you only make it stick out a tiny bit more, so it can sink a little bit into the tiles.

Generally on uneven ground that’s just gonna be an issue with H drives. I would reccomend not using an H drive.

@Got_a_Screw_Loose had an H drive last season, he might be able to provide some insight.

@Got_a_Screw_Loose had an H drive last season, he might be able to provide some insight

Well since you’re going to call me out…

I had mine mounted differently so I could use washers to space the whole mounting assembly downwards into the ground as needed. It was slightly lower than the other wheels, but only by enough to give compression into the tiles. Because it was used for adjusting as opposed to movement, I drove it 1:1 off of a 100rpm motor. I never had any problems, and my bot weighed well more than 25lbs. (It was a conscious choice.)
I do not have any good pictures of the system, unfortunately. The SCA cad reveal that was put out at the end of the TT season doesn’t exactly do the intricacies of the bot justice, though it can give the basic idea.

As this crazy year comes to an end, it is the time for many to disassemble their tower takeover robots and scrounge parts for the upcoming season. It doesn’t make sense to leave these robots together but for many teams and especially the teams that are saying goodbye to the high school VRC program, these robots represent years worth of hard work. Hardware holds value as a part of future robots but CAD does not, and it’s a pretty nice permanent substitute. Without further ado, I present SCA’s T…

On another front, my FRC team had snH drive in 2018. We had to build essentially a custom chassis for it with channels cut to move the H drive up and down as needed. At competition, however, it got pushed upwards back into the robot slowly. We consistently had to use our H-Drive Fine Adjustment Tool (a big ol’ hammer) to knock it into place after matches. But on that scale it’s easier for small movements of parts to mess up large functions.

If I were to do it again on that scale, I would use the concept presented below. 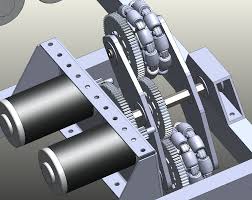 It is not my work, and I unfortunately do not have the proper credits to give. I remember that it was designed for FTC (same 18” scale as Vex), but I was thinking about it in terms of scaling up to FRC. I have done no practical testing with it.

The idea behind it is to ensure pressurized contact with the ground. You could likely get the same effect by using a joint and heavily banding the wheel into the ground such as you would with tracking wheels, for example. (Though you’d use much more banding.)

Unless you wanted to utilize a form of linear sliders in your current frame or start cutting channels for precision adjustments, there is no good way to implement a suspended H drive in your current build. I recommend you look into a redesign of your H drive setup if you want to suspend your wheel.

However, do be cognizant that, if this is for competition, the foam field tiles will be (for the most part) level, and you likely would not need such extensive suspension measures.

My comment is not about the H drive, but about your flat bearings on the main wheels. If possible, you should use the middle hole for the shaft. That way, the screws pull each side down evenly. If you use the end hole, the screws tend (unless tightened perfectly) to cause the end of the bearing to ‘kick up’ slightly. If you have a really good eye, precise tools, or check motor amps you can confirm it.

Then end goal is that friction will be less using the center hole due to the bearing being perfectly flat.