As this crazy year comes to an end, it is the time for many to disassemble their tower takeover robots and scrounge parts for the upcoming season. It doesn’t make sense to leave these robots together but for many teams and especially the teams that are saying goodbye to the high school VRC program, these robots represent years worth of hard work.

Hardware holds value as a part of future robots but CAD does not, and it’s a pretty nice permanent substitute. 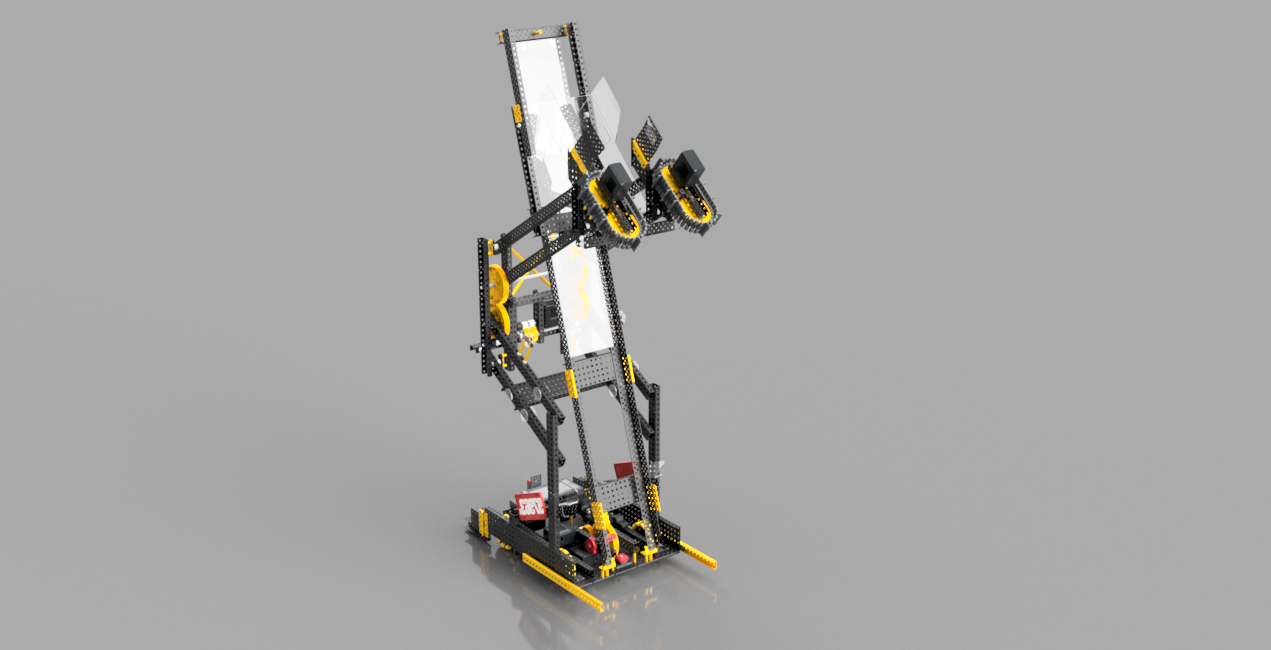 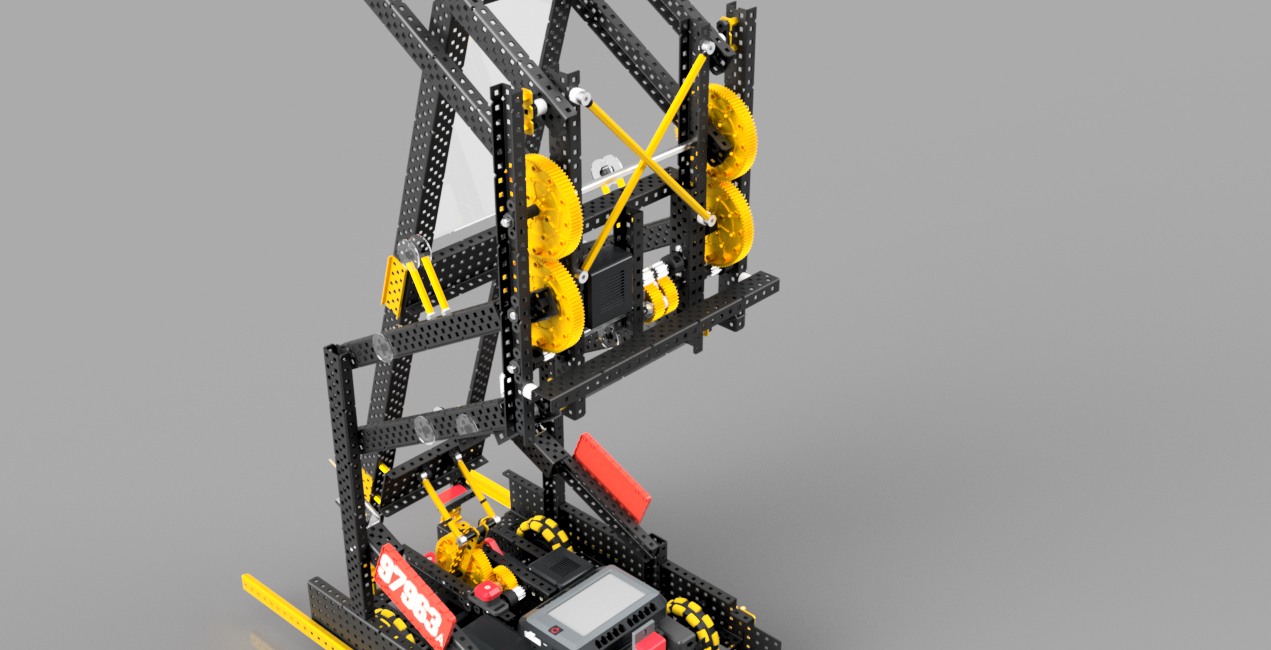 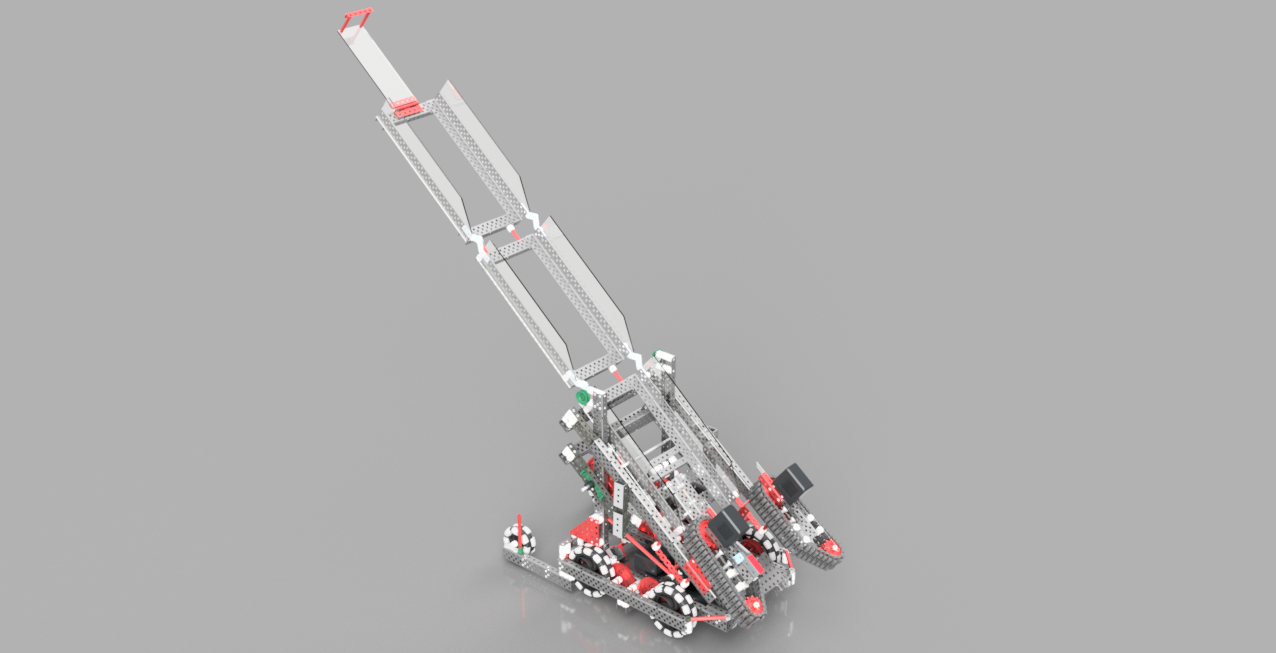 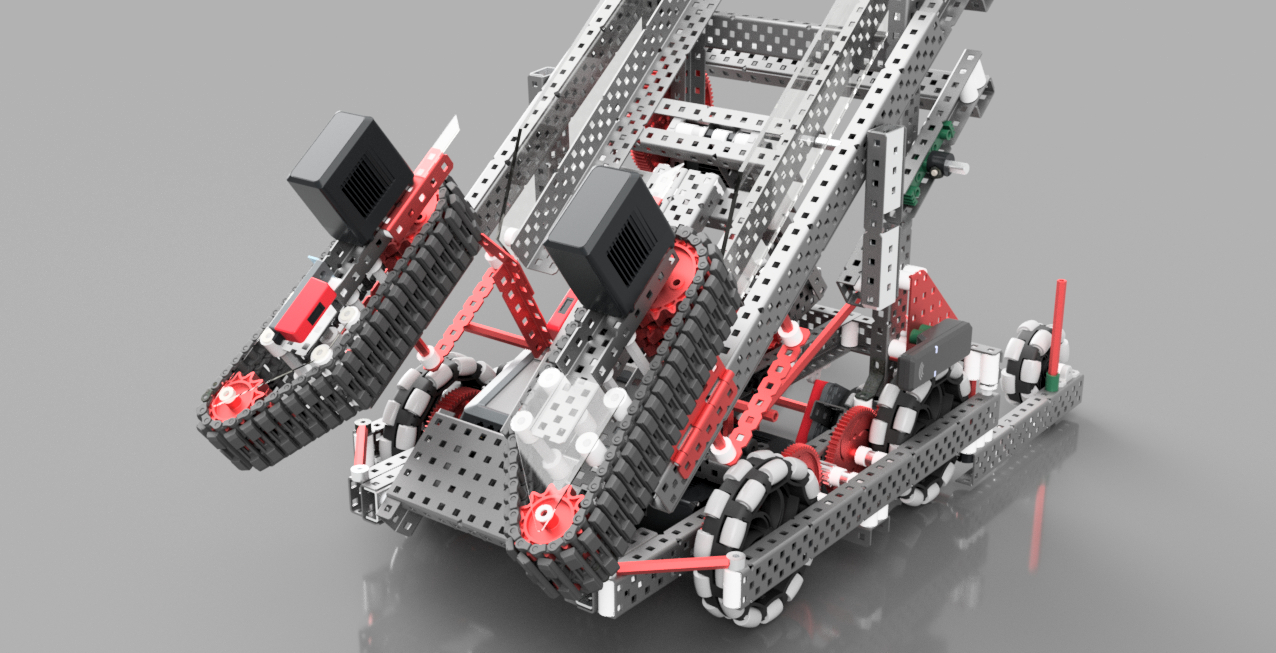 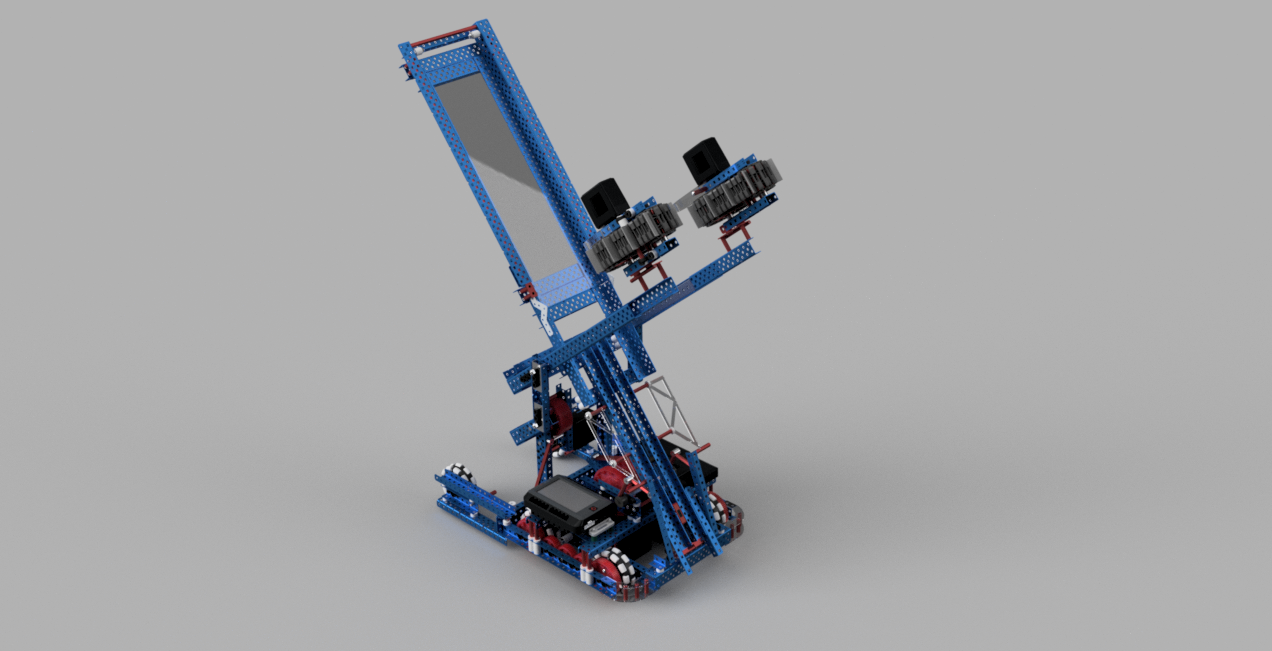 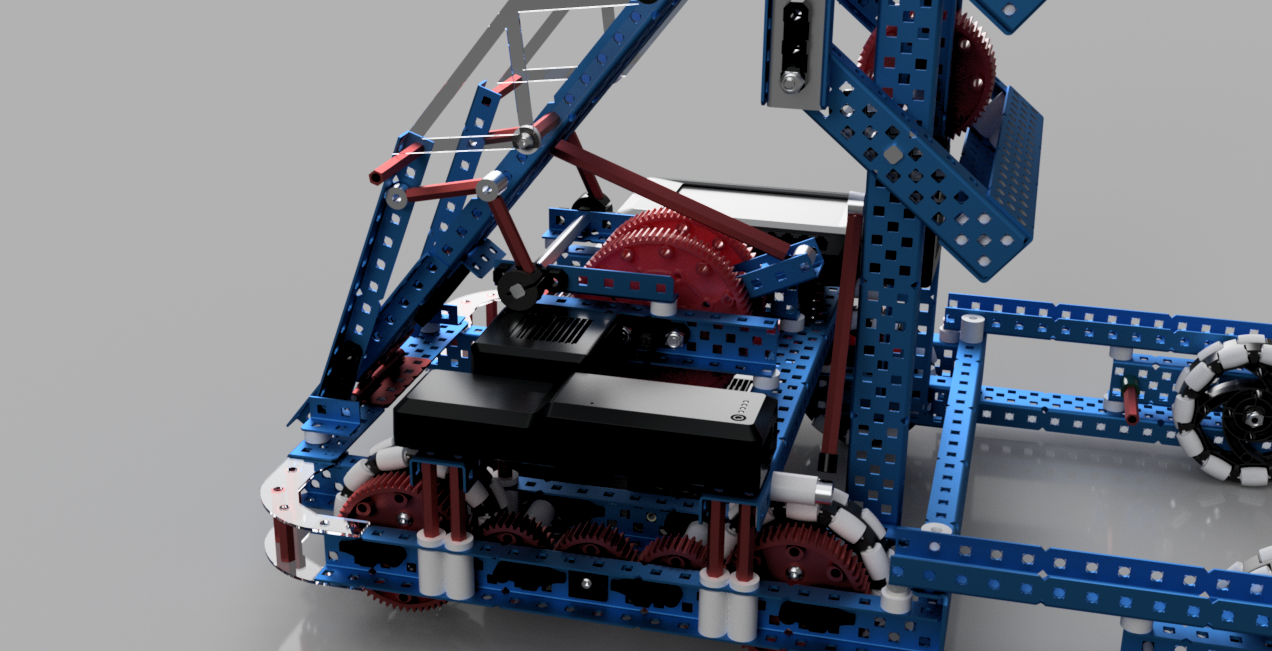 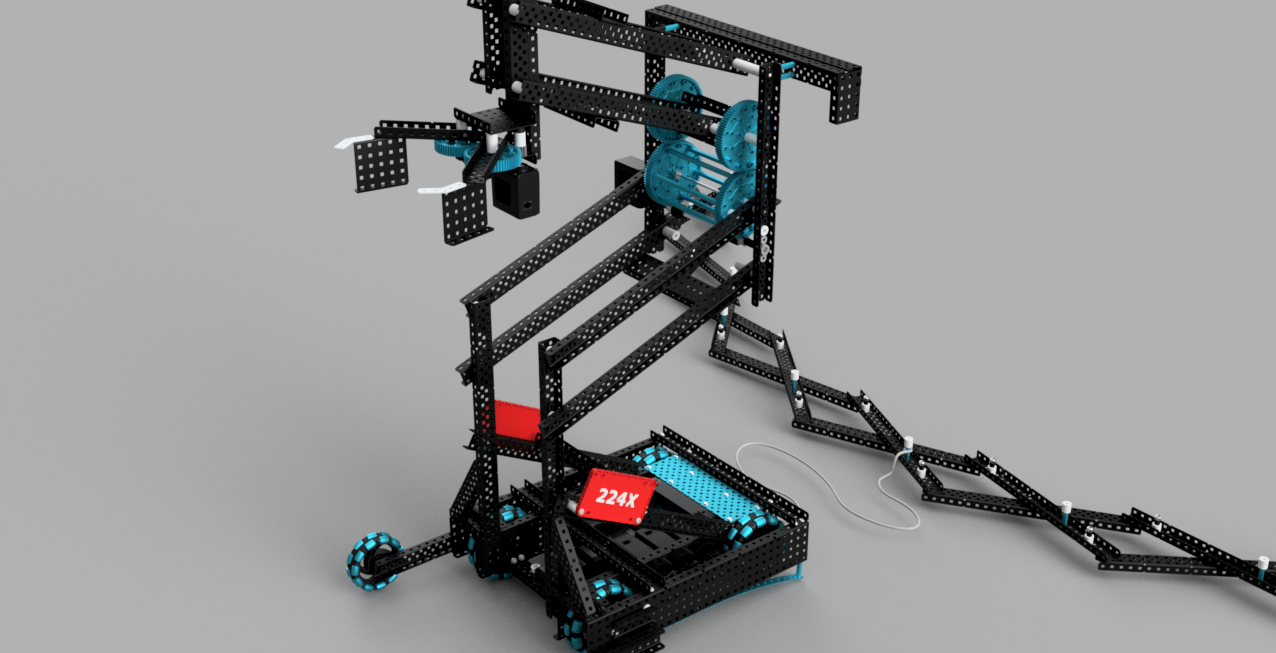 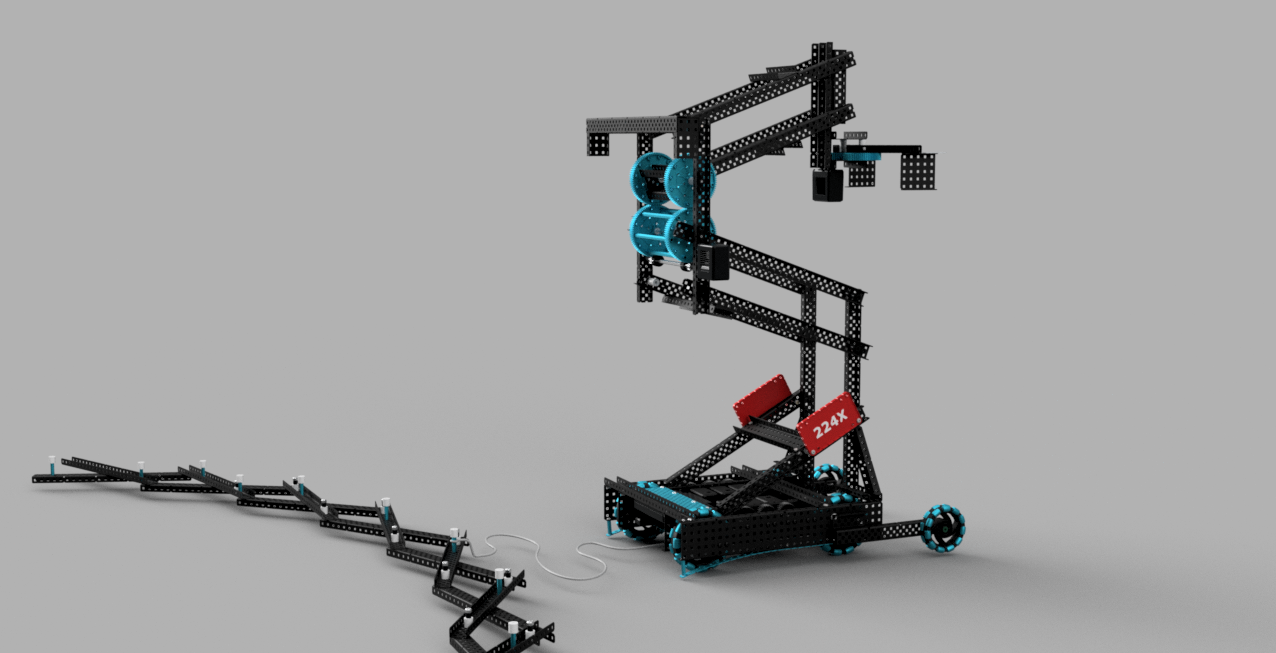 Thanks for an amazing final season! 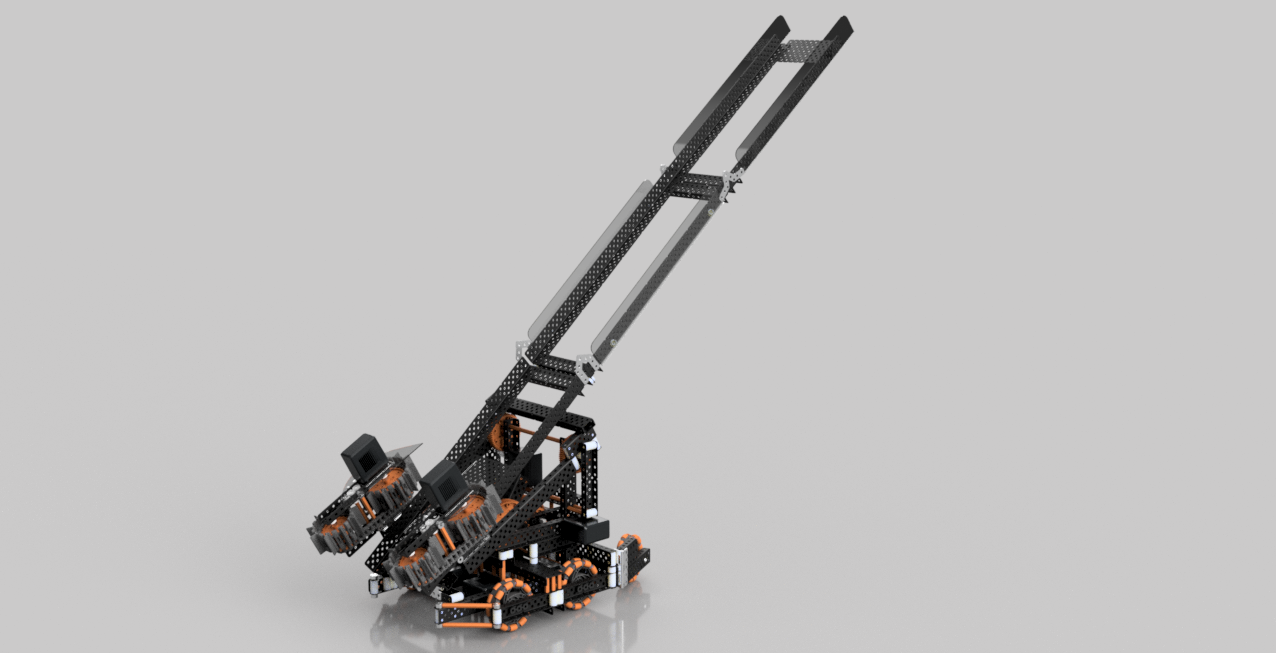 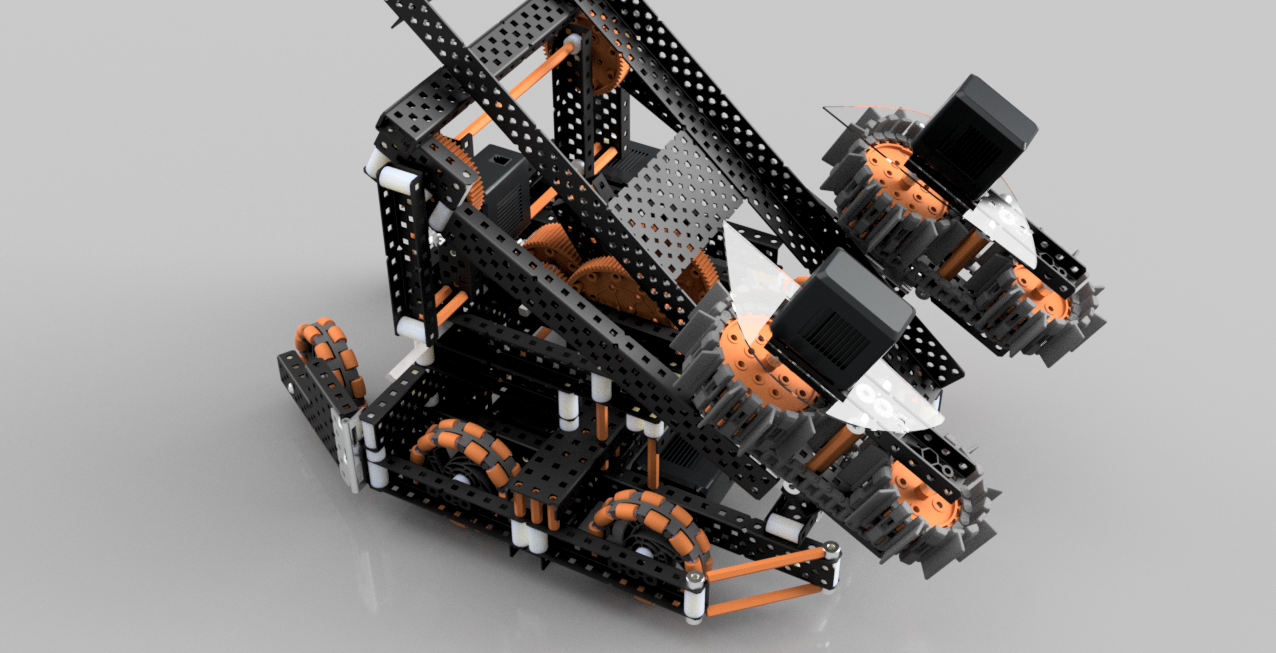 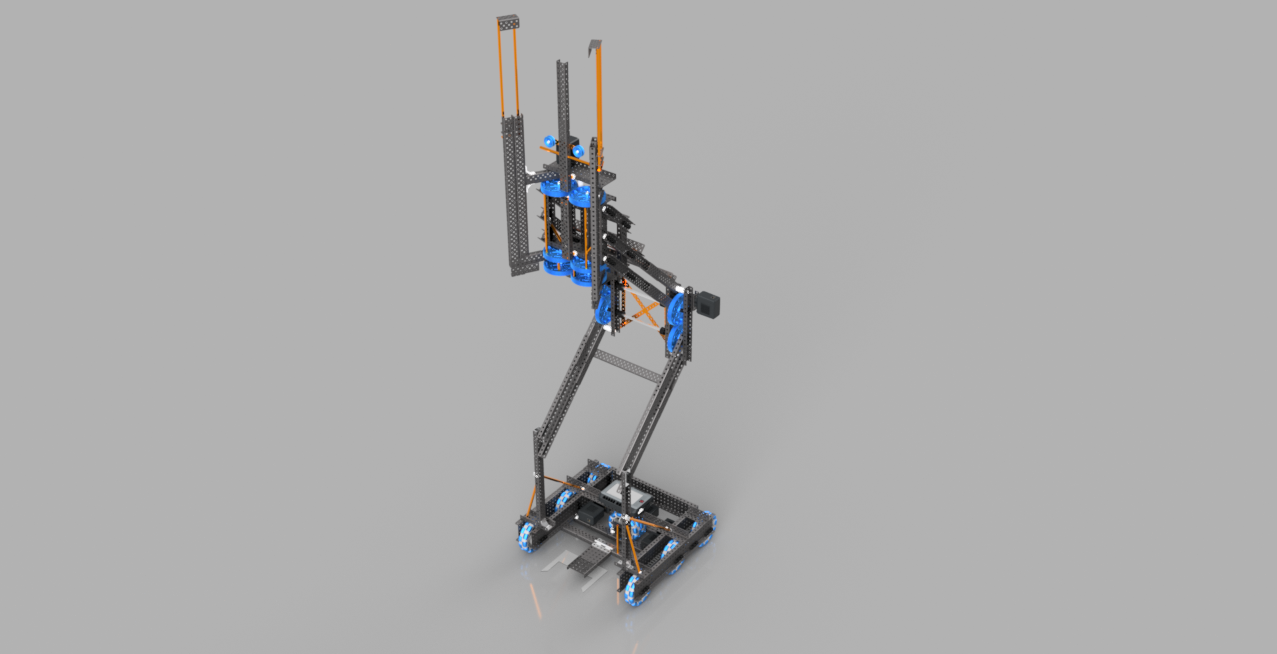 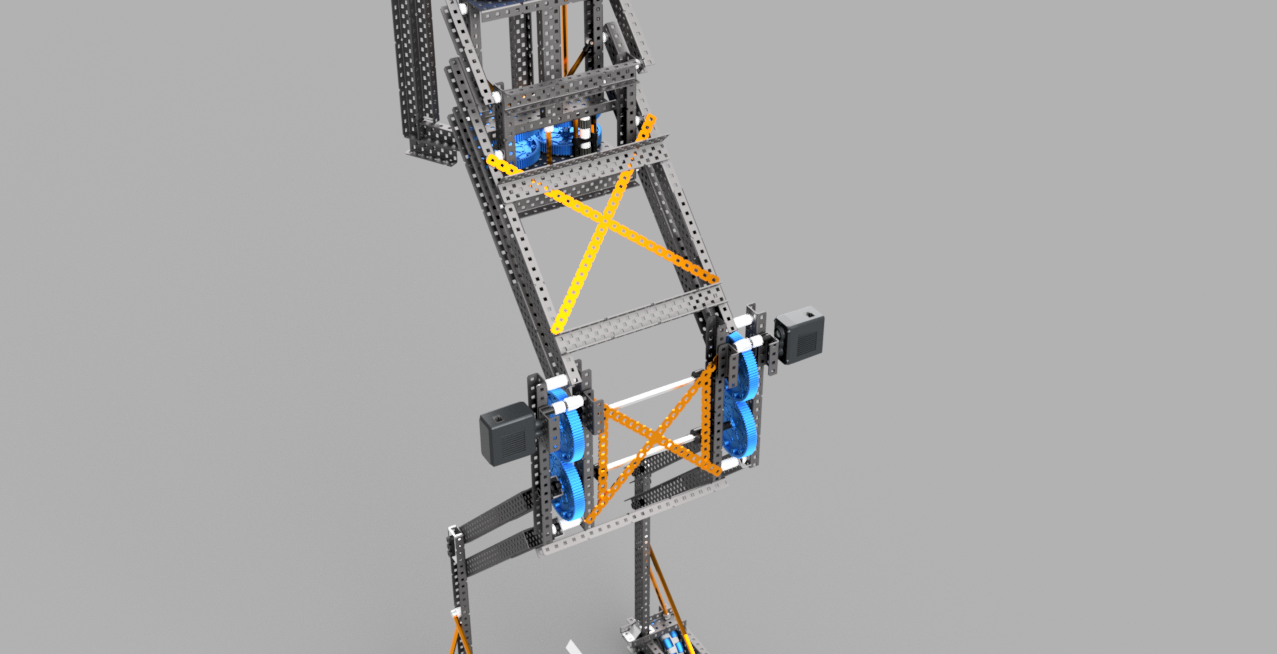 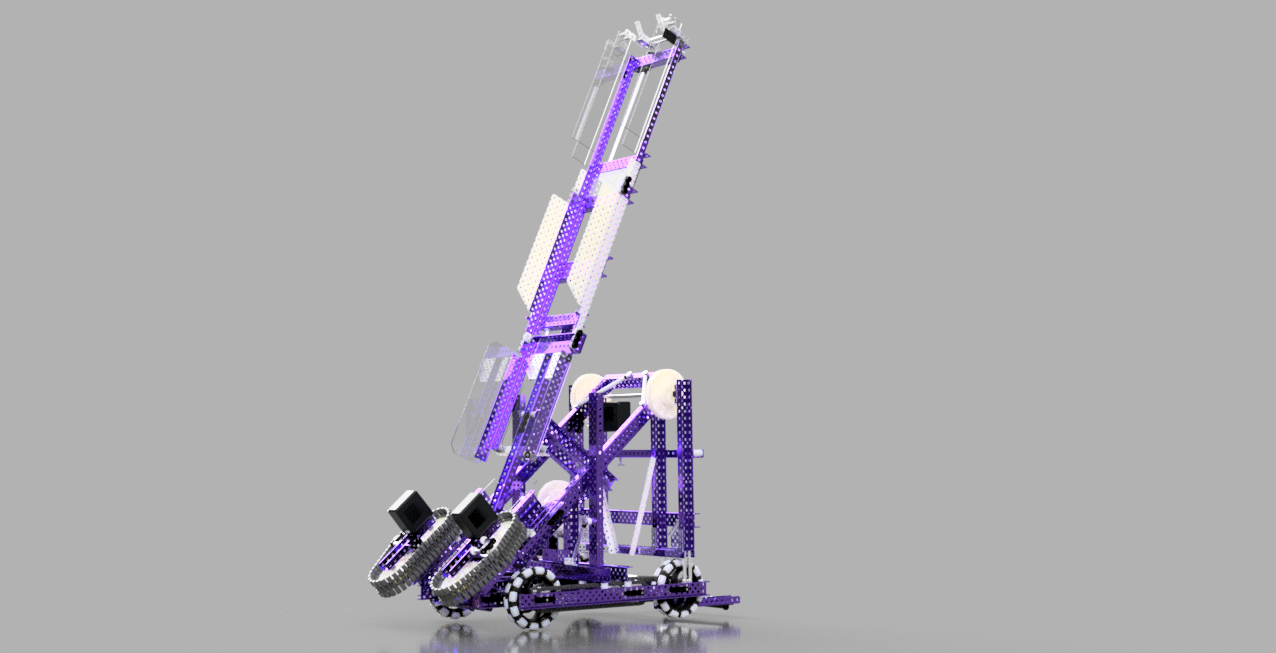 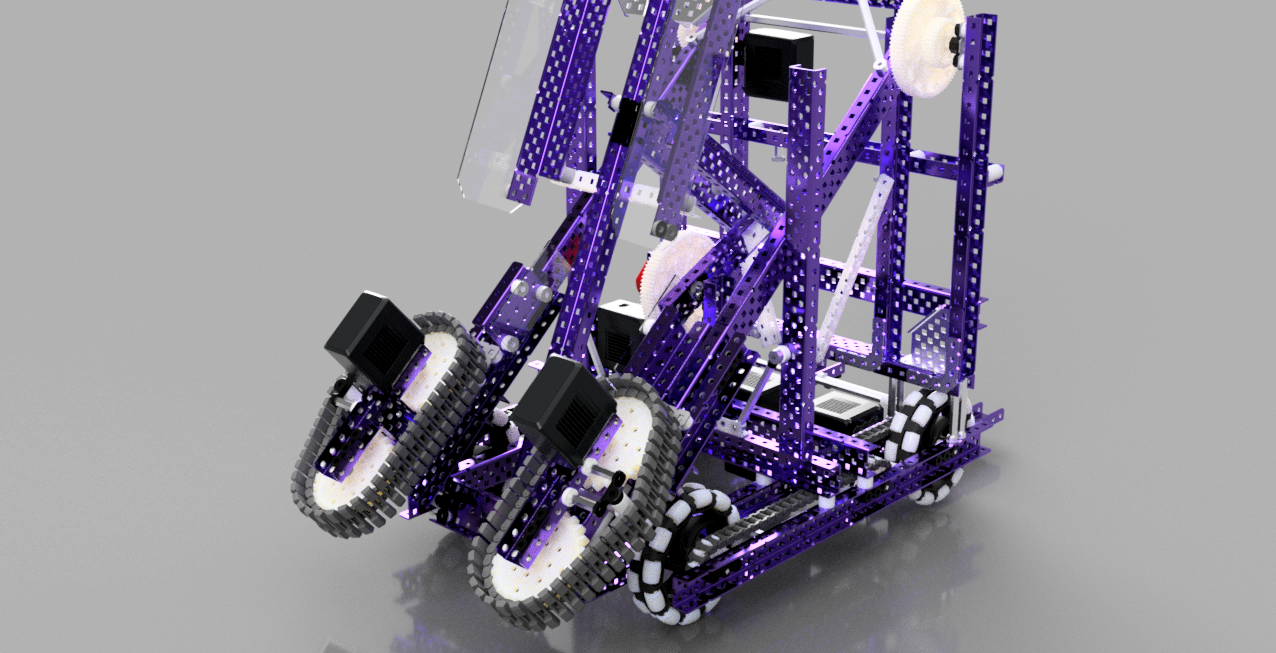 The following google drive directory contains more renders and all of the STEP files. Feel free to download, and take a look for yourself. We’re very proud of these robots, and I think they’re a great tool for new teams learning the ins and outs of build quality.
https://drive.google.com/drive/folders/1ZrWR2IAewpsRg7xUR6-bSFJ3oHa4DUXY?usp=sharing

Feel free to ask us anything you’d like! I’ll answer questions related to appearance or rendering, but @sarah_97963A @mvas or @Xenon27 can also answer any questions about assemblies. All models were rendered in Fusion 360, but some were assembled in Inventor. Which render is your favorite?

39 Likes
Short Circuit Alliance Tower Takeover Reveal
I am new to Building and I have no Idea where to Start
My Hdrive is inconsistent
Sylvie April 22, 2020, 7:03pm #3

I also had most of the lift done, but my computer decided it wanted to not. I could only salvage the chassis and I gave it to @sarah_97963A to finish.

Not nearly a question, but these robots have some seriously good paint jobs. Very well done!

The paint jobs were done in CAD. They don’t look colored like that in their actual builds.

Thank you! They may be a bit unrealistic. I think it’s pretty hard to dye the rubber on the wheels or sprockets etc. in real life.

These took an incredibly long amount of time to make. For measure, I spent several days making the cad of my robot when I first built it. Then I redid large parts of the original cad to be as detailed as possible based on the months of tuning I spent on my final robot. Had worlds not been canceled. I probably would’ve did a color scheme similar to the one on the robot currently.

I also want to highlight the back end of the cad because I spent a great deal of time setting up everything and fitting tracking wheels on a 25 wide chassis (red robot): 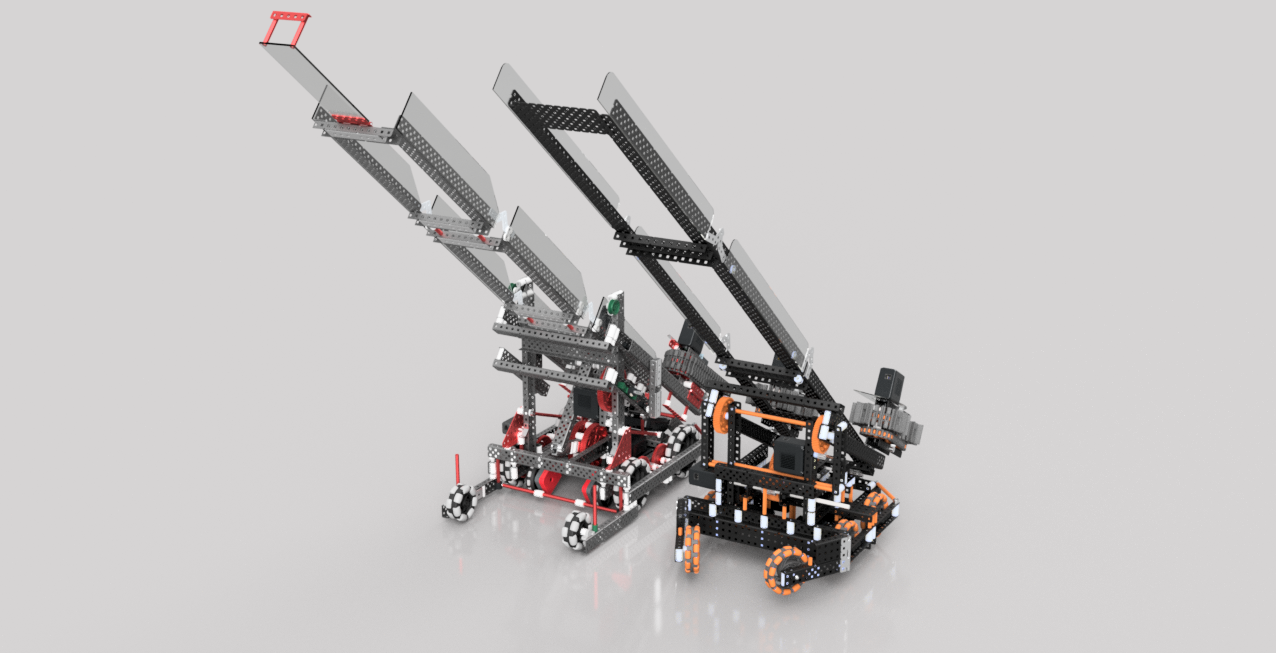 What software did you use?

These are hot, Great job.

What Taran said, but I specifically used fusion 360

The modeling was done on both inventor and fusion, and the renders were done on fusion.

You forgot the coupler on the drive which is literally the most essential part of the base. Inaccurate smh. 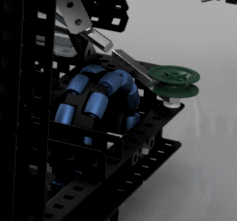 You do have a point. That was some very fast CAD work. I’m thankful you had the time do to that.

This looks like it took a lot of time to finish, good job!

Jeez! You guys are good. You must have spent a lot of time doing this. Looks really cool.

Thanks! Originally we wanted to do all of the robots in one family photo style render, but my computer struggled with 3. In retrospect the paired pictures probably look better anyway.