Finally, after months of hard work in both robot design and practicing, I got 274 points in a driver skills match for VEX IQ Rise Above. I would appreciate suggestions for any improvements of the strategy, robot design, coding, or something else. Here is the video of it: 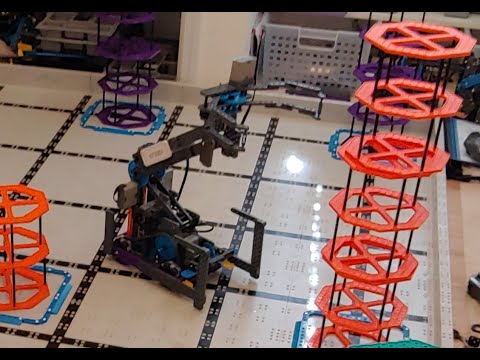 Well done! Seems like a full clear is inevitable.

Great Job! Have fun at Worlds!

Thanks, but I’m actually over-age for VEX IQ , so I just do it for fun because my FRC team isn’t really doing a while lot.

I shattered my previous record by maxing out the driver skills layout for VEX IQ Challenge Rise Above: 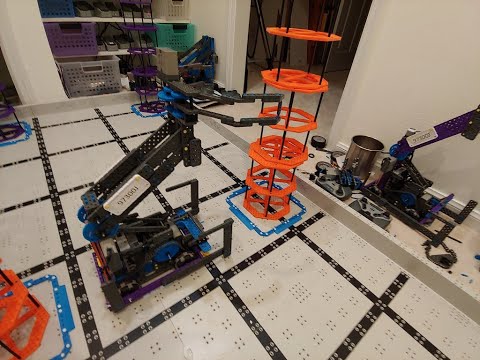 I can see visible stress and excitement on your face in the last 10 seconds.

Well done!!! What are you thoughts on this outer claw vs. the other designs you have worked on this year?

Honestly, I think that this claw may be the best one out there as of now. I’ve tried, and even with Razorbill or the top hook claw I can’t get 306 in driver skills, and I haven’t seen anyone else do it either. My brother and I first had the idea for this design a while ago, but we didn’t put a whole lot of time into it, and as a result we didn’t see its potential. But after videos like this were released, I decided to at least try it. So I found this video and copied the claw, and it worked beautifully, hence the 306 driver skills. This robot has been able to accomplish as much as or more than any other robot on any field setup so far, so I’d 100% recommend it to anyone looking for a good design.

TL:DR: All in all, I think that this may be the best claw so far, and I would definitely recommend it to everyone, and suggest that they at least give a try.

So I found this video and copied the claw

Also, I think that some of the teal and purple risers were just a little bit off from where they would be, like the ones next to the 2-stacks, making them easier to pick up. Although I don’t think that this makes the run invalid, I do think that it would be really cool (

) if you could get 306 after pushing the Risers as close to their starting positions as possible.

Yes, I agree that it does make it easier to pick up the risers when they are a bit away from the stack of two. It was still within the 1" tolerance however, making the run still valid. I can try to do a run with the risers exactly on the starting positions though (when I do a lot of runs, I reset the field quickly in order to get more runs in, sometimes not quite resetting the field as precisely as I would like). But yeah I’ll see what I can do.

Does anyone know that the circled angles are? 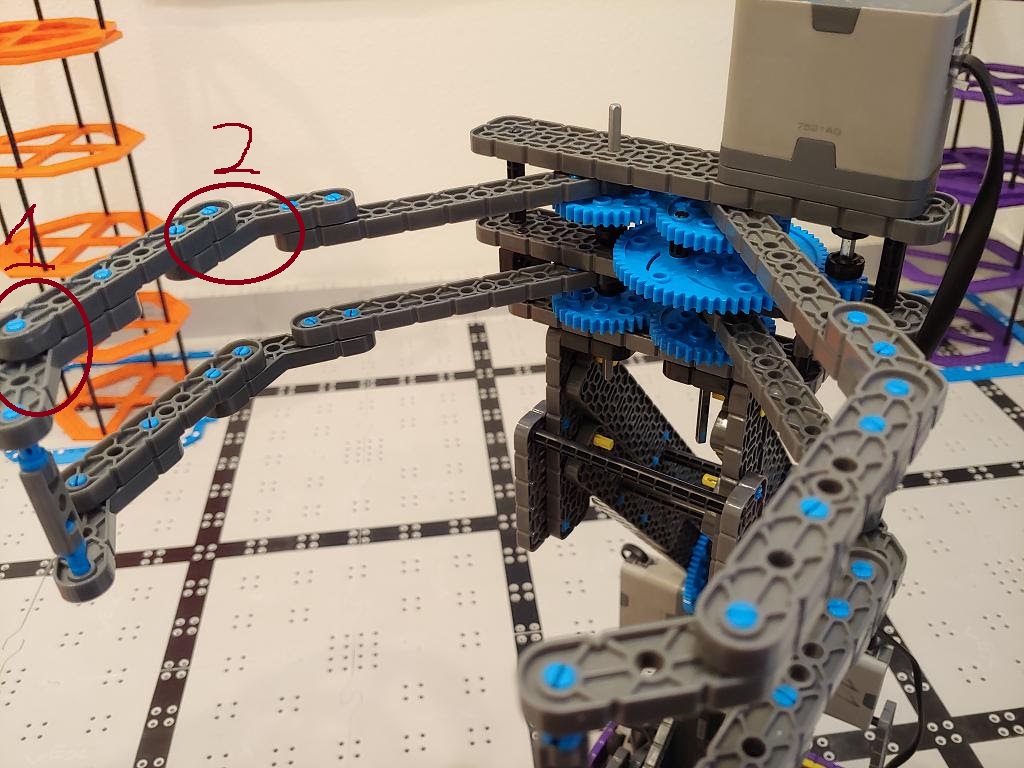 All the angles on the claw are 45 degree angles. My claw is virtually the same as the claw in this video (if you wanted more close-ups of the claw).

I practiced driver skills for a while on Saturday 2/27/2021, and here are 7 of the best matches from it (7 different 306 point driver skills matches): 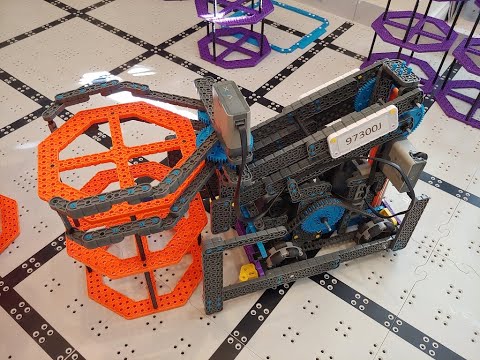