In the manual update today, <r11> was changed in few ways, one of which is that it limits the material of commercially available screws to just steel or stainless steel.

I see this as a very unfortunate and confusing change.

This practice is, in my opinion, beneficial to the program because it encourages teams to make considerations about things like material properties and tradeoffs, which are very useful and important parts of real engineering. And this option was presented without any unfairness between teams with different levels of funding, as both nylon and aluminum screws can be purchased from robosource, mcmaster, and other providers for very cheap prices. (in many cases, cheaper than official vex screws). And lighter screws is also not very advantageous, it serves only as a way to optimize, not a make or break component of robots.

I myself used nylon screws on my worlds robot last season, and I would be willing to bet that the majority of robots that made it to division finals or beyond also used nylon or aluminum screws. They were a widespread and well established component of vrc robot construction. No issues were had with nylon screws until the gdc began blurring the legality of them through very vague and indeterminate q&a responses, unlike responses that gave a definitive answer in earlier seasons.

So, my question is essentially, why did the gdc feel the need to first question, and then ban a well-established and positively impacting component in the construction of robots? In a day and age when technology is advancing rapidly, it seems very counterproductive to me to impose further limitations on basic design freedoms like the material of screws.

It may seem silly to complain so vehemently about something as minor as the legal material for screws, and at the end of the day this change only makes it a little harder for teams to optimize their robots, but to me this change represents the gdc facing in the wrong direction when it comes to technological progress, and imposing unnecessary and harmful restrictions to the program that is so important to me and countless others.

As a follow up to my rant above, I would like to ask teams to take a poll showing whether or not they use, or planned to use nylon or aluminum screws on their robots.

shoutout the gdc for making a decision that benefits literally nobody

I would also like to point out the fact that VEX sells .5” nylon thumbscrews which can be very easily made into a exact replica of a .5” nylon screw bought off of McMaster or RoboSource.

I would also like to point out the fact that VEX sells .5” nylon thumbscrews which can be very easily made into a exact replica of a .5” nylon screw bought off of McMaster or RoboSource.

this is an excellent point.

As the current rules stand, it would be fully legal to buy vex’s nylon thumbscrews (which run at 11$ for 50), but it would be illegal to buy robosources’s nylon screws of the same length (7$ for 100).

so this ruling doesn’t even ban a team from optimizing their robot through light screws if they really want to, it just makes it much more difficult, tedious, and also expensive to do so.

For reference, here is a .5” nylon screw we made from the Thumbscrews vex sells. 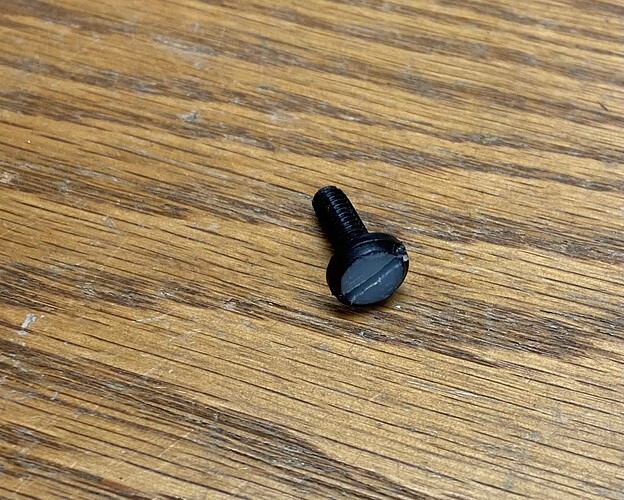 the gdc are just a lil’ goofy

I completely agree with @Xenon27. Currently I am under the impression that nylon screws were banned for added functionality. This is far from the truth as it is a trade off, trading strength for lighter weight, allowing teams to further optimize their robots. This further pushed creativity and learning for those hoping to make their robots the best.

I had nylon screws on my worlds robot last year and currently on my spin up robot. It appears that tomorrow I will be undoing this progress and optimization due to this change.

On the bright side, nylon/aluminum nuts are still very much legal, and I hope it stays this way. At least we can still reduce a bit of weight using lighter nuts.

Don’t give them ideas!

vex better not ban zipties next 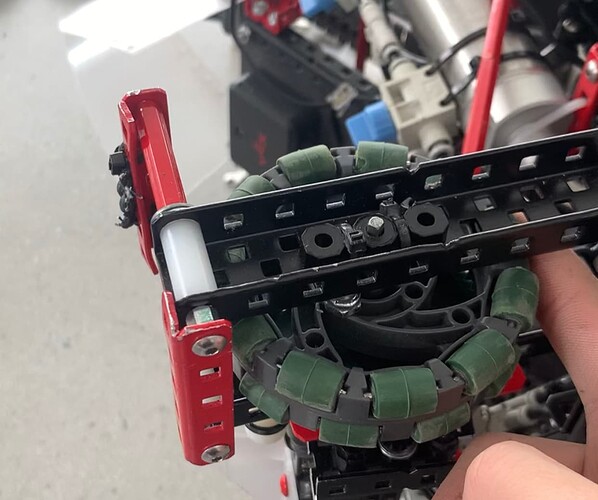 This is not really a loop hole, but something to consider.

Does this rule prohibit the use of nylon or aluminum screws?

In my opinion it doesn’t. Based off the newly added red box it would seem that it allows steel or stainless steel, but it also doesn’t prohibit the use of other materials.

It is also important to note that it doesn’t matter for other hardware.

but it also doesn’t prohibit the use of other materials.

I think you’re looking at it wrong, <r6> states that “Robots may be built ONLY using official VEX V5 components, unless otherwise specifically noted within these rules.”

so this is a blanket rule prohibiting all non-vex parts, unless other rules add an exception. <r11> is one of these rules, which adds an exception for screws, but only steel and stainless steel ones. So <r6> would ban all non-vex nylon screws, as it would any other non-vex part not part of any exceptions.

Why this change sucks:

Every team? Probably not. I would estimate it’s less than 1% of the teams that even care about this issue, and 80% of the teams probably don’t even know that any parts exist outside of a superkit, much less know that a supplier like robosource.net exists.

But go ahead and pop over to FRC for a while, and when you run out of money, come on back.

It is a bummer that they outlawed aluminum and nylon screws, but at least they finally made a decision. Besides , there are lightweight alternatives that are legal.

biased because people who are more serious go on the forums.