Hi! I was wondering if anyone had a design or an idea for a design or any suggestions for how to make a claw that grabs a mobo, and releases. I am getting single acting pneumatics, so I am not sure how to do it. 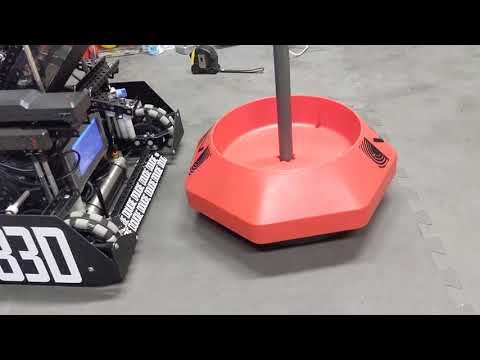 Are those single acting?

Ya I believe vex pneumatics are single acting

the cylinders used on 99999v’s robot are double acting. It clamps on the mogos when retracted.

Is there a way to do the same with single?

my cylinders are double acting, yes. They would work as single acting though, just make sure it’s active clamp, and rubber band release, because clamping takes a lot of force but releasing takes nearly none.

Also, I wouldn’t recommend our clamp unless you want to score rings on the goal you hold in it, the cylinders are on either side so they don’t get in the way of rings, but if ring clearance isn’t an issue, mounting them above or behind the clamp works just as well, and might be easier/more compact.

Ok. Thank you! Your design is amazing btw