Hello!
Here’s a new update and this one is huge.
First of all, the project has been renamed: Welcome to Protobot!

With this news comes the first release of the public beta!
That means you can test Protobot and all of its features (for free) starting on March 1st!

Did I mention that Beta 1.2 will also release that day? With tons of new features and quality of life changes!

All will be announced here on the forums and on YouTube on March 1st!
Also check out updates on Twitter!

Thank you all for the support thus far, I’m very excited to finally have Protobot Beta out to the public and I hope you enjoy using Protobot soon!
-Dave G.

@squiddy_slapper Thank you!
Protobot Beta will be available for downloading on Windows!
There will also be an online demo for those who want to test online without saving.

Hopefully in the near future, Protobot Beta will be available on Mac and Linux.

I’m looking forward to trying this out! I think it has the potential to be just as, if not more, productive than professional CAD softwares. 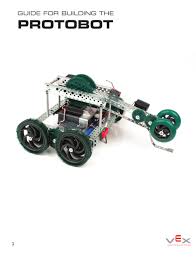 For these too young, this was what there was before the Clawbot.

Honestly kinda reminds me of this season’s Crunchbot.

Getting back on track, I am looking forward to the beta release!

I’ve personally used VEX through Inventor as a jumping off point into designing more advanced objects and real-world things, so I’m not completely enthused about someone taking away one of the last “real-world” aspects of VEX that still remains. However, this looks cool, and I’m definitely going to try it. Hats off to you for, if it works like the videos would suggest, lowering the bar to entry for CAD and making it easy for new users to design robots virtually.

This is still not going to replace Inventor or other professional CAD software in my eyes, even for VEX. This won’t have the motion simulation abilities that professional CAD has (this was stated by OP in a previous post), and it won’t have the ability to make things like custom lexan, or holes drilled through c-channels, etc. (at least as far as has been shown in the videos) as is possible in other CAD to have a more complete robot CADded.

It looks to be really good for what I’m assuming is its’ target market, people starting out with CAD who are looking for something that won’t give them much of a barrier to entry, or any complicated things they don’t understand without some Indian guy on YouTube explaining. My main worry is that people will never graduate from this, and lose that one last link from VEX to the outside world that still exists.

This won’t have the motion simulation abilities that professional CAD has (this was stated by OP in a previous post), and it won’t have the ability to make things like custom lexan, or holes drilled through c-channels, etc. (at least as far as has been shown in the videos) as is possible in other CAD to have a more complete robot CADded

This makes sense, but if there is a way to export it from Protobot, then you could always import it to fusion or inventor to do lexan and simulations.

The export would not be able to do simulations, as constraints don’t transfer in STEP files (or any non-native files), only solid bodies. Lexan would be nice though.

I don’t think it was ever cleared up by @DaveG if this will be able to export your file as a STEP (or at least a mesh if STEP is too hard plz) for use in another cad program, but I’d be surprised if it was possible. All depends on how he’s storing things internally.

I should remind you that this is a Beta version of the software and that the videos and current versions don’t represent the full version of what Protobot has to offer. Protobot will be constantly evolving over time. Keeping that in mind, future releases may have a possibility to contain the ability to import custom parts or simulate motion.

Also, I completely understand your concern for this as a possible further removed link from the “real-world” aspects that VEX provides. To calm those concerns, I’ll note that there will always be a point where Protobot is not as powerful as Inventor or other standardized CAD software. Same goes for really VEX itself as a brand. VEX can motivate a student to be interested in robotics and then go into a career of robotics in the real world. Protobot can motivate a student to become interested in CAD / Prototyping and then transition into more powerful CAD software that meets the needs of their projects. Software usage adjusts based on a user’s needs. A user will move beyond Protobot if it interests them to take their CAD into more advanced areas.

All in all, your concerns are very important and will be taken under more consideration as development continues.

Once again, thank you for your support!

@djavaisadog Exporting a Protobot build into another CAD software is an idea that has been requested a few times and is definitely in the pipeline for future releases! Thank you!

Thanks for all the hard work, I don’t think the Protobot-replacing-Inventor concern is particularly realistic because if anything this software will get teams who don’t CAD at all into the CAD game in the first place. Hopefully it will be able to run on bad computers too because that is probably a big obstacle to some teams using CAD. I would definitely try it. Best case scenario Protobot can attract teams to true CAD software and can help them develop a better robot at the same time.

Hi - I have filled out the Beta request form twice - but have not heard back, unless I missed the email. Can I have access, really want to use this with my remote Vex students!!

There is a public beta here:

Hello! Protobot Beta 1.2 is now available for public beta testing! Head on over to https://protobot.web.app to use it! If you find any bugs don’t forget to report them here so they can be fixed ASAP. IMPORTANT: As of the date of this post, the release of the downloadable windows version has been delayed until a future date hopefully within the coming days. This is due to some issues with windows applications that should be resolved soon. However, this means that the online demo version is F…


But I don’t think you can download it yet.