How should I go about learning to build? Anything I should know?

there’s a lot of really valuable build quality information on the forums, although it’s pretty scattered and a bit hard to find once the topics have died. Here are some of the basics in building I think you should know before doing anything.

I hope this post helps, good luck with building!

Thank you so much! I really appreciate the help

Follow the design process for efficient and valuable work! 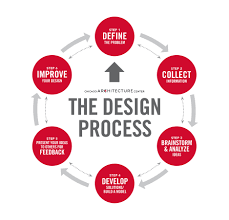 Make sure your screws are tight

Or use loctite and/or star screws.

Loctite i can understand, but star screws!? Why???

Star screws are superior to any other type…

Back to the original post, if you really “have no idea where to start” then it’s probably a good idea to build one of the VEX trainers, such as the V5 Clawbot (as long as you have a “V5 Claw” in your kit), or the Speedbot. Building a trainer will show you the basics of good constructions, how to mount motors, use bearings, install wheels, etc. Each year, VEX also releases a very basic design that will play the current game at a minimum competitive level. These robot designs are OK, but not great (by intention), and give a novice team a good place to start until they are ready to try their own designs. (For some reason, VEX calls them “Hero Bots” but they should be nobody’s hero, they are just simple trainers adapted for the current game). The pre-designed trainer builds are found here: https://www.vexrobotics.com/v5/downloads/build-instructions

Star screws are superior to any other type…

not always. external and internal hex heads are sometimes better. but for small screws like what we use in vex, torx is very nice

First the building process in general you need to figure out what parts you are going to use. then you need to think about what you are going to build first. (usually that would be your drivebase.) Then you need to think about the upper part of the robot. Once you have the robot fully built then you add cables for the motors.Also a word of advice check motor as soon as you put them on then unplug the cables because testing your drivebase with a bunch of stuff on it makes it a little tricky. I hope this helps and good luck with your robot!

Some additional resources are available in the VEX Knowledge Base under the “V5 Mechanical” section.

A good place to start might be the “Design a Chassis” article:
https://kb.vex.com/hc/en-us/articles/360035953131-Design-a-Chassis-Structure-for-VEX-V5

In addition to what others have said, they are less likely to strip, making building more enjoyable.

Good point, I might consider making the switch from hex to star screws.

Hey you might even want to submit an entry for a chance to get those sweet sweet ingenious mechanisms books. Those might help a lot were you to get em.

The most important thing that my team has found is making a plan. Making a plan will make it much more likely for you to not have to restart a build or take things apart or redo them. I would suggest CAD if you have access to that. I would also try and really focus on taking your time and making really well made things rather than trying to rush a build. Good building takes practice and it is going to come in handy later and will make your bot last a lot longer. The final tip I will suggest is going on youtube, and as you have already discovered, vex forum. I’ve found that going on youtube and VF is huge. Other people are trying to help and you can get great inspiration/ideas and new ways of doing stuff. Good luck this season! @Xenon27 also makes great points.

Well then you should have spent 2000 hours building with legos when you were smol.