Sentimental items your team/club keeps around

Could be an old field element, a robot component, or any other physical object that has emotional signifance to your team. Please share yours and add pictures if you have any!

Usually we keep game elements around to show to new members, and also used them for a promotional video/photoshoot last summer. I wish we could keep our previous robots, but alas we need the parts…

I believe that it’s mostly intact except for the pneumatics, but I could be wrong. I haven’t been back at the school in a while. @9MotorGang probably knows

It has been reincarnated. (By @Paul_Humphrey i believe)

ME!! Otherwise it’s BOTS from prior years (frames with out the motors(

The bent beams that binded our chassis courtesy of TSA!

This was in Tipping Point and we noticed right after we landed in Dallas for Worlds. Stayed up until 3 am fixing the bot. Still had an enjoyable time at Worlds, though.

(top beam is a normal beam for reference)

Did they let you bring the 12v robot batteries on the plane?

Yes. And, they shocking allowed us to bring our toolbox on the plane too. Provided, of course, it did not contain any tools in it. Only had materials like screws, nuts, spacers, etc. As long as you guys pay heed TSA guidelines, you should be fine to bring some VEX things onto the plane.

.
It was especially eye-catching because we were also carrying the metal case from robosource for remotes and batteries.

Off topic but with the v5 Li-ionn batteries

if the cell is damaged and it comes into contact with water, it behaves more like an explosive/incendiary device than an actual battery
However it would be extremely difficult to damage a v5 battery without tools
Ive never actually been on a commercial airliner but with the weird things they ban from planes I wouldnt expect V5 batterys to be aloud

Batteries are allowed but they must be taken on as a carry-on item, not in checked luggage. The reason being that if they happen to catch fire, it’s easy to put out if it’s in your bag right in front of you as opposed to in an un-monitored bag in the cargo area of the plane. 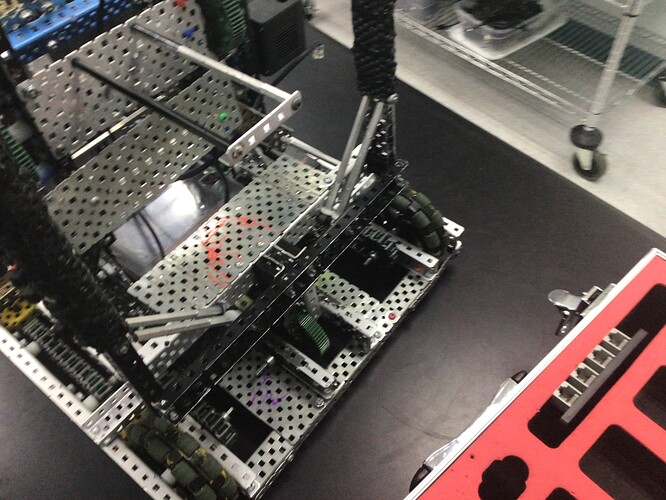 image1920×1440 237 KB
We had various plates on our robot. The one with red is “DaBaby Plate”, purple is “Scribble Plate”, neon yellow (it’s hard to see) is “SubToPewds Plate”, and the plate with that green screw in it is “Sus plate”. Each member made their own plate at different times, oldest one being sus plate and youngest being sub to pewds plate, and once the robot was taken apart we each took home our respective plate
4 Likes
MobGoblin_70291E August 8, 2022, 10:37pm #17 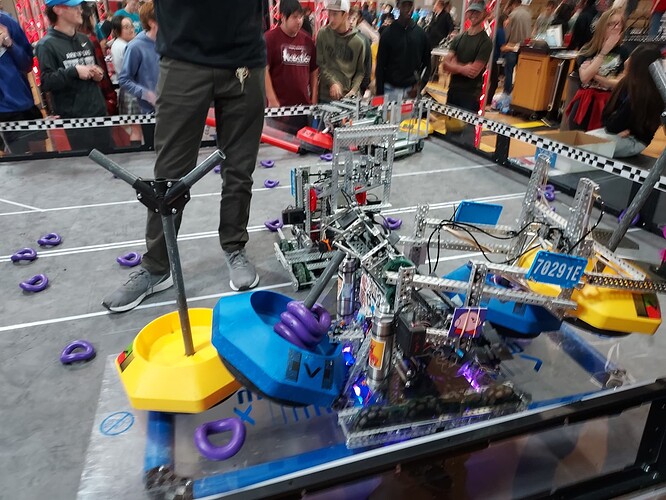 Our tipping point robot had two “mad curbys” and one fashionable “pimp hat”. the curbies were passed down from our senior team of 2020.

I found the pimp hat at hobby lobby

Fergy, the name of our jig from last year, we framed it

As long as they are in carry-on, it should be fine.

A bottle of hot sauce one of our seniors left.

Last year my team had a piece of wood we used to prevent jinxs. It was literally a 2 by 4 that we would knock on anytime was said something that could jinx the bot. However, I don’t plan to do that with my team this year.