I believe that my Micro USB port for my brain is dead.

This is a known problem with the brain and it has happened to lots of people.

Title. This is ridiculous, we are (and have been) aware that the micro-USB port does not stand up well to wear and tear, but its been less than 3 months. Yes, we’ve tried over 10 different micro-USB to USB - cables. Yes, we have indeed tried downloading with the latest versions of PROS, Robotmesh Studio, VCS, and have even tried updating the firmware through the v5 utility. Yes, we have been using a micro-USB to USB-A adapter to prevent our port from wearing out (and tried both different adapte…

Is it legal to use a V5 brain with a microUSB port we had to replace? VEX EDR Technical Support

So a couple of days ago we managed to break the micro USB port on our V5 brain. This meant we couldn’t upload code to the brain or anything like that. We managed to open up the brain, take out the broken micro USB port, and replace it with another one. The functionality of the brain was fully restored and doesn’t have issues anymore. Is it still legal to use this brain in competition? We know that we are not allowed to alter any microcontrollers or motors or anything like that. But we didn’t r…

If I have a PNG image called “myphoto.png” on a micro SD card and want to display that photo on the brain, what code would I write to do so? I’ve looked around and can’t find an answer. I’m using VEXcode.

I’m using pros and I got this error message over and over w/o stop.

While I was getting those messages I was doing the following:

AKA I tried everything

idk what happened. I hope it’s not totally dead

I’m sure that the people who designed the brain could do one of the following:

I would much appreciate it if I could get a replacement brain.

If you do end up trying to test a new usb port for the brain. I would be happy to do some testing for it.

This probably falls in between permanent (proper) and temporary solutions.

Get a magnetic Micro-USB cable/adapter and leave it permanently installed in your new Brain.

That way you will put much less stress on the port and are much less likely to damage it.

@Barin I would do this, except:

What you suggest is a solution to temporarily preventing the problem, however if problem has already happened, then it won’t fix anything.

If you contact VEX I’m sure they’ll see you right. Then use a magnetic cable on the new one.

Also, if you use PROS, turn on hot/cold linking to upload via the controller instead. Upload a project to the brain for big changes but if it is minuscule (ex when testing auton) just do it via the controller to again avoid stressing the port.

It seems that Vex needs to improve it’s quality control since it seems that almost every hardware related topic is about broken parts.

The v5 is pretty janky tbh, it likes to break down randomly.
I hope vex figures out a v5 improvement pretty soon

For my team, we’re planning to use magnetic usb attachments for the port once they arrive, but unfortnatly I don’t think Vex is going to change to USB C or anything. With my port it’s already seeming degrade, and difficult to plug into.

It seems that Vex needs to improve it’s quality control since it seems that almost every hardware related topic is about broken parts.

But that’s inevitable, no one ever posts that their hardware is not broken. I also don’t think for the most part it’s a QC issue, all this hardware gets treated pretty roughly by the end user, some of it will get broken. With cortex, it was usually blown motor ports due to shorted motor wires and things like that.

But what I’ve found with Ev3(lego) is that it didn’t break down so often as Vex.

Keep in mind ev3 is a different system, so it’s probably made differently. Also what @jpearman said.

I don’t recommend using a magnetic connector.
They pick up metal shavings and short everything.
If you want a usb attachment (which is a good idea), I recommend a simple usb connector: 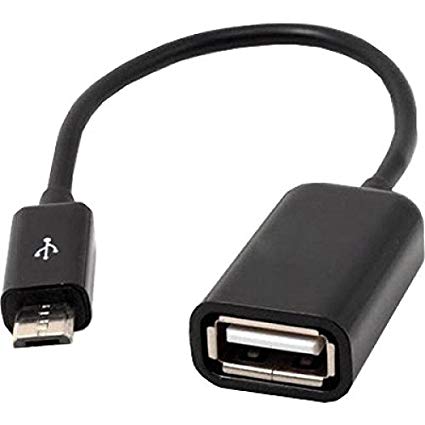 My team has a micro-USB to USB extension so that we can plug a cable directly into the USB instead of puling out and putting in a cable to the micro-USB. We just keep it plugged in at all times and it is covered by a little C channel to keep it from moving.

We used a magnetic connector and always left the micro-USB end in the controller. One time I tried to pull it out and the connections came off and got stuck inside.

I have 8 V5 brains that are broken. That micro USB port keeps breaking off. My school has had these for 9 months and we are being charged $80 per unit to be fixed. I guess they are not made for school use.

yep, 2 of mine have sanpped.

Please do not revive three year old topics. More so since the work around solution has been in place.

How was this thread not locked? I’m somewhat confused. I thought there was a script that auto-locked all year old threads.

Hey, there is no “fix” other than having VEX repair them.

But ongoing it’s suggested that you do a USB adapter that is fastened to the robot. We do use the mag adapters, but our RULE is to “Never cut metal near the robot brain” to keep swarf out of all the ports.